LOOK Takes to the Off-Road with New 765 GRAVEL RS 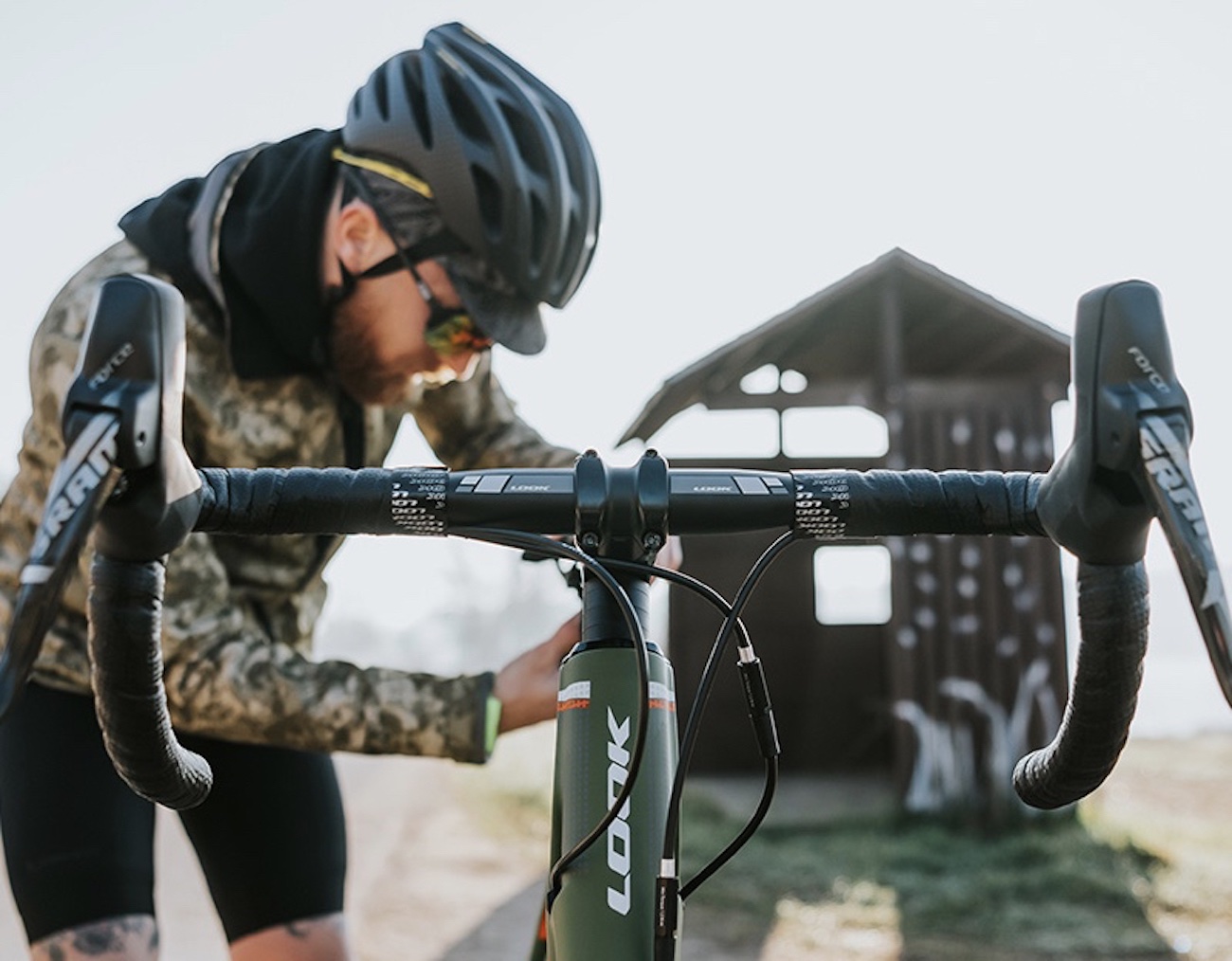 LOOK has taken to the off-road with the launch of its new 765 Gravel RS, offering a new frame design with the requisite amount of clearance and component compatibility to satisfy the consummate gravel grinder.

The new 765 Gravel RS features an array of different tube shapes and profiles that are achieved via the use of various moduli of carbon fiber, along with LOOK’s 3D Wave seatstay design, to yield an impressive weight of 1200g for a frame of this design.

Other features that punctuate the 765 Gravel RS are a tapered headtube with cable ports that provide direct internal routing, a full-carbon fork and an integrated headset, stem and matching spacer set-up, as well as a wide, gravel-specific handlebar with minimal flare at the drops.

Naturally, the 765 Gravel RS comes equipped with hydraulic, flat-mount disc brakes that are compatible with either 140 or 160mm rotors, which rely on Mavic SpeedRelease 12mm thru-axles.

The bike also comes outfitted with bottle bosses galore, enough for four cages on the seattube and downtube, including provisions for a bag or bento boxe on the toptube.

The new Look 765 Gravel RS is available in three complete builds, as well as three colorways including green, gray and black.

Look also offers an electric-assist version of the 765 Gravel RS as well.