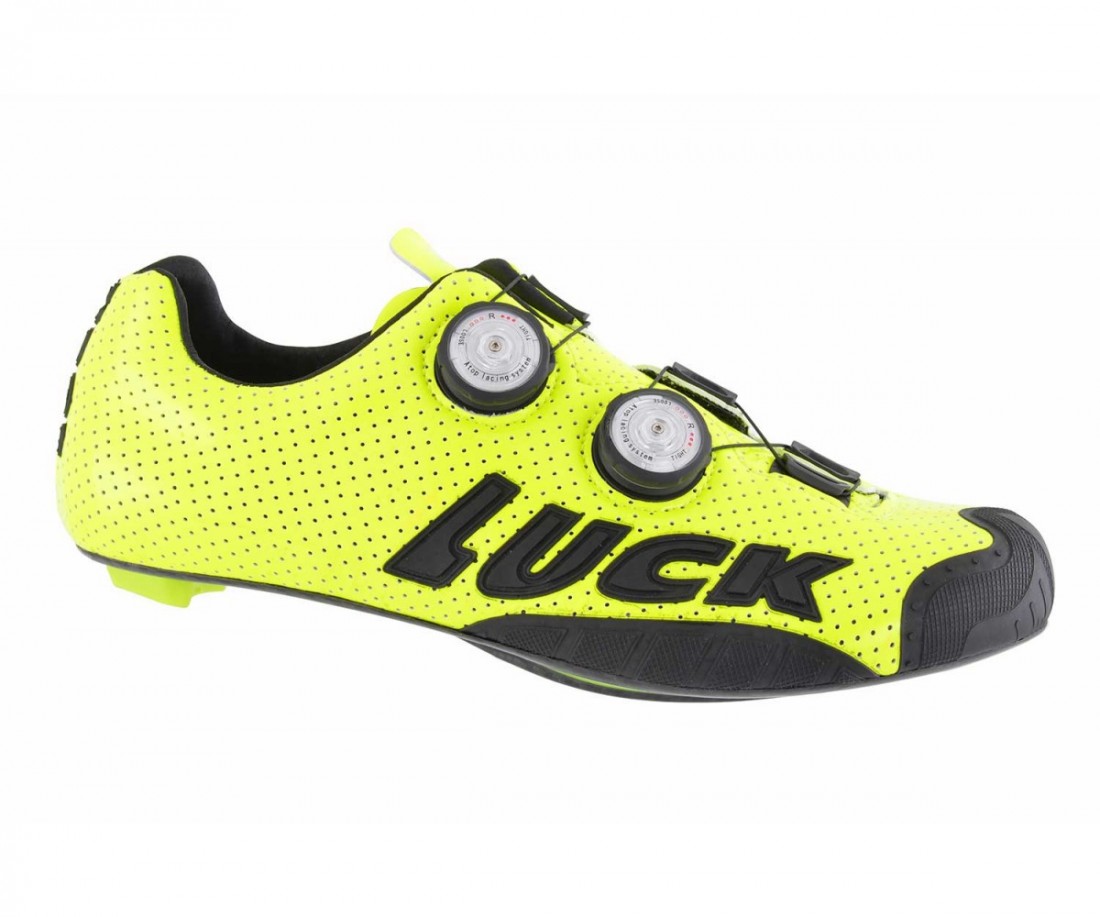 Luck has been around for just a short while, steadily pushing its power meter based cycling shoes as a viable alternative to finicky crank-centric designs that leave little in the way of interchangeability.

Luck uses what’s called a Potentiometer to calculate pedal power, which can be fitted into one or both soles of the shoes.

From there, the technology is simple.

The Potentiometer transmits readings based on pedal power via Bluetooth and ANT+ to a compatible device such as a Garmin Edge, or with the company’s own smartphone app, which Luck claims can measure power output with an accuracy of +/- 2%.

According to Luck, the power meters add only 35g to the shoe, and the battery can last up to 10 hours.

“Connected through several chips in the shoe, the onboard computer which includes potentiometer with millimetric accuracy dictates records cadence, speed, heart rate … and measures the watts generated by each pedal stroke of each rider, from 0 to 4,200. All information is on the screen and allows you to adjust efforts route,’ says the company.

The Luck Potentiometer has been in development for the past couple of years, is now ready for production.

Priced at $250 per shoe, the Luck’s technology not only poses a potential performance edge over of the competition, but a financial one as well.

The only downside there might be however, is the power meters can only be used in conjunction with Luck’s own brand of shoe.

But, looking at the company’s range of shoes, it appears as though they’ve got some pretty sophisticated looking models with loads of custom options!