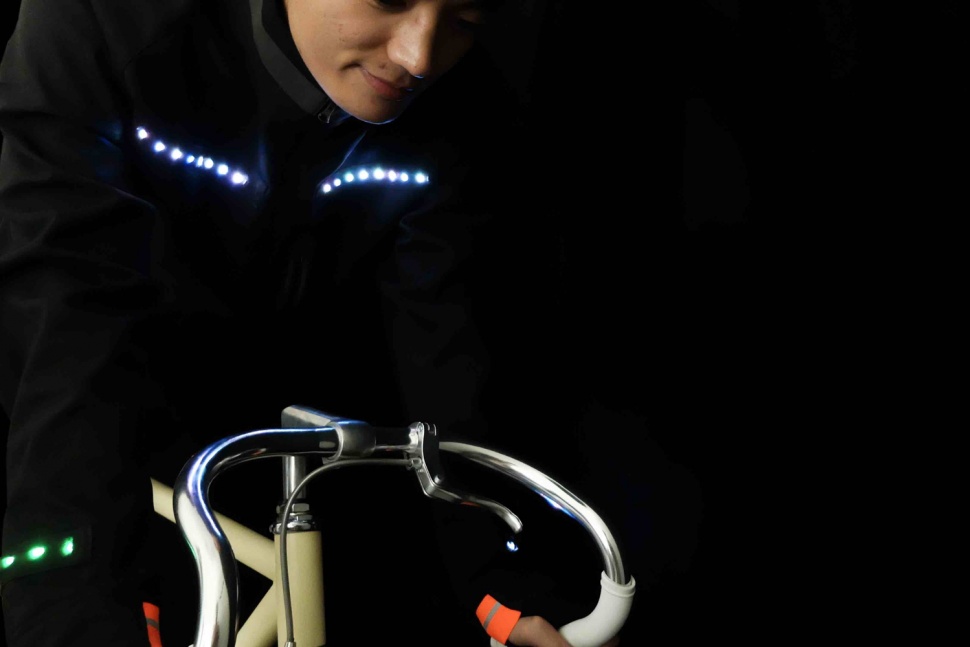 The Los Angeles based Lumenus has turned to crowd-funding as a means of launching its new range of “technology enhanced” cycling apparel and gear.

Lumenus has taken the prerequisite backpack, vest and jacket worn by the urban cycling masses, and incorporated LED technology to provided greater visibility and safety.

According to Lumenus, their range of cycling garments not only represent a clever use of LED lightening, but takes them to the next level of “smart” clothing via their accompanying app, called ZeroUI, which can activate turn signals and brake lights, monitor speed, along with several other features, to include phone functions such as calling and texting.

The app is built on a Google Maps API, which is controlled directly from one’s smart phone using Bluetooth technology. Furthermore, the app also allows users to store routes and monitor their performance.

In addition to their current Kickstarter campaign, Lumenus has plans to present its range of products at the Consumer Electronics Show (CES) at the beginning of 2016.

To learn more about Lumenus, check out their Kickstarter campaign at: https://www.kickstarter.com/projects/lumenus/led-lit-wearable-tech-saving-walk-run-bike-and-mot