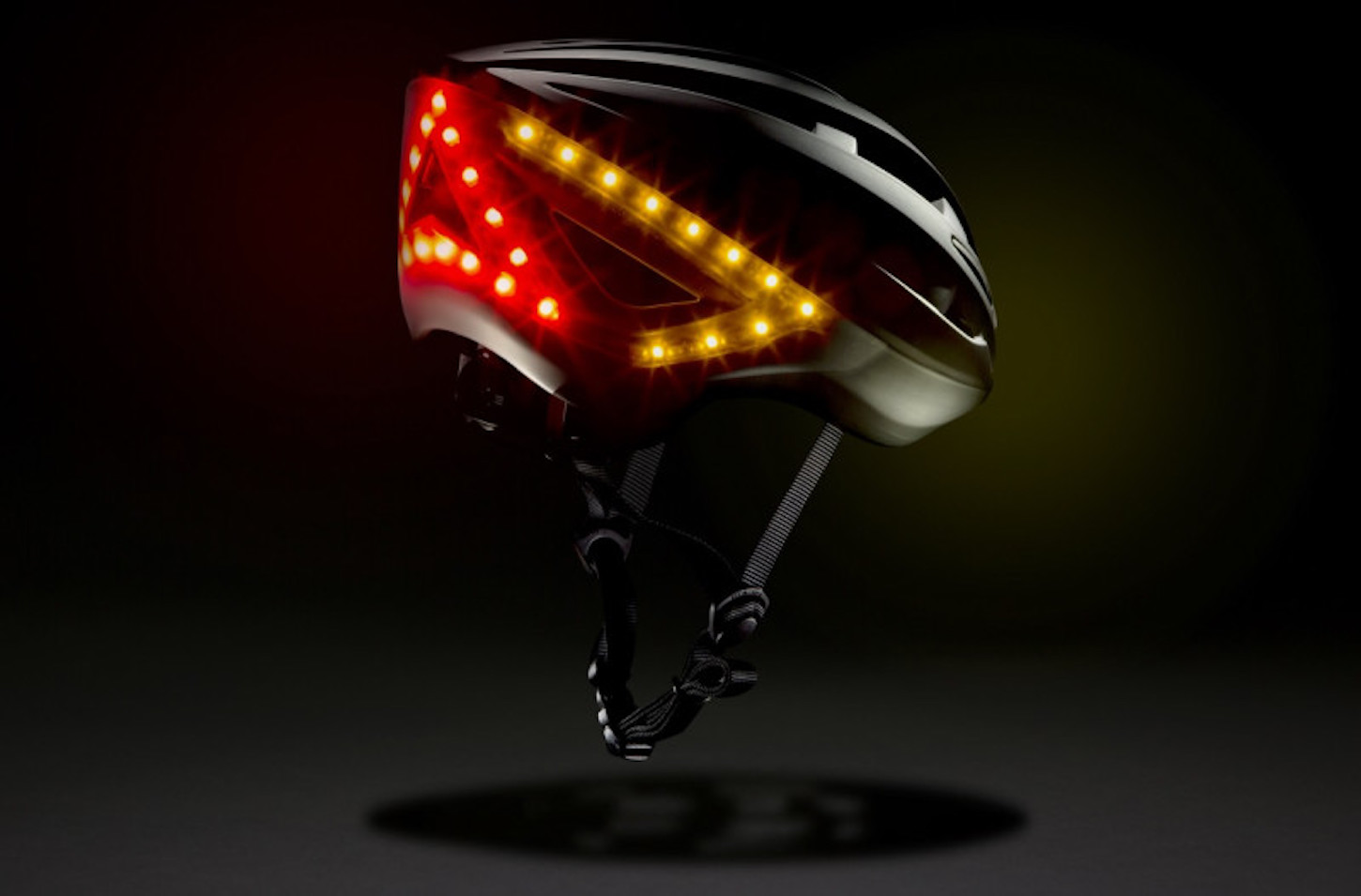 01 May 2018
By Campionissimo - In FEATURED ARTICLES, LATEST ARTICLES, THE DOUBLE DIAMOND

Lumos launched its LED cycling helmet back in 2015 following a successful crowd-funding campaign on Kickstarter.

Jumping ahead to the present, Lumos has added turn signal gestures to its helmet that work in conjunction with the Apple Watch via the computer giant’s Healthkit integration app.

Paired with an iPhone over Bluetooth, cyclists can now activate the helmet’s built-in left and right LED turn signals with their Apple Watch with  simple hand gestures, which previously relied on the use of a wireless remote control.

According to Lumos, the helmet also has a beta feature that’s able to detect when cyclists are using the hand brake on their bike, which in turn activates the flashing the lights on the helmet to a bright red.

“I am tremendously excited about this new feature and how it will further enhance cycling safety,” said Eu-wen Ding, Lumos Helmet’s CEO.“ As a design-centered company, we’re thrilled to be able to launch this with Apple. Having got our start as an idea on Kickstarter, this is a huge moment for us!”

Additionally, the Lumos helmet can also be integrated with Strava and Apple Health apps, allowing cyclists to automatically store and track their ride data in iOS.

The Lumos helmet sells for $180, which will soon be available at Apple Stores across the US and Europe.