Man Attempts to Ride Around the World in an Amphibious Bike 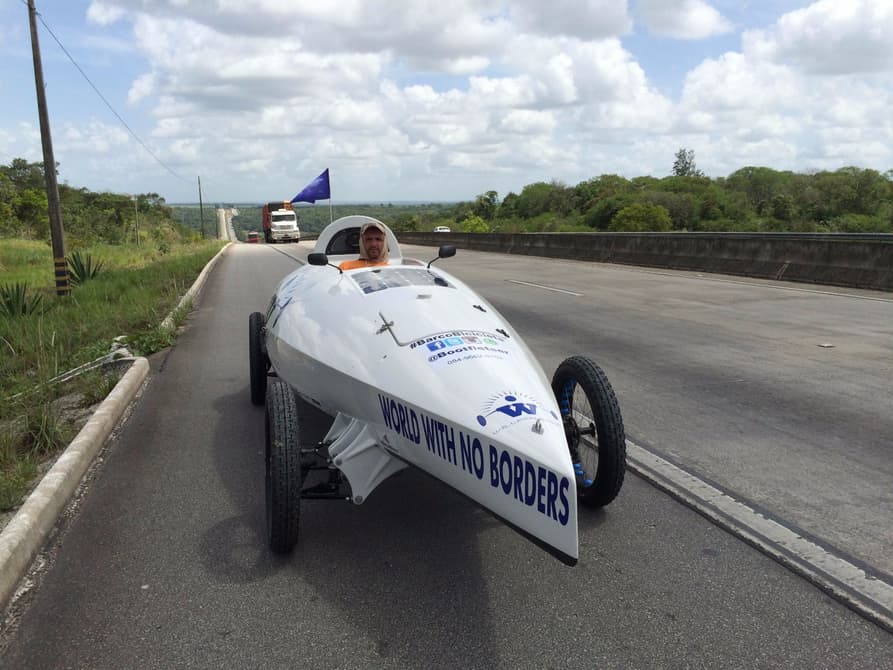 The Iranian-born Dutch adventurer, Ebrahim Hemmatnia, will attempt to ride around the world in an amphibious bike.

Hemmatnia previously set a Guinness Record back in 2015, when he rode his amphibious four-wheeled bike called the Melanie, unsupported from Senegal to Sao Paolo, some 1,473 miles by land and sea.

However, that apparently wasn’t enough of him.

Indeed, Hemmatnia plans to set-off some time in the coming months from Dakar, and travel a route close to the Equator in his 18ft, foam core, carbon-skinned Melanie, under the banner World With No Borders.

Hemmatnia says his journey is to ring-out the virtue of having free exchange of knowledge and ideas between countries and cultures. “Borders were created by human minds, they can be removed by human minds,” he said. “There is no need for borders, we are all human beings.”

The Melanie (aka ‘bootfiets’), features four fatbike wheels when on terra firms, and when land runs out, switches from wheels to a propeller.

In addition, the Melanie is equipped with a desalinator, navigation lights, a satellite phone and a motor, which are all charged via pedaling.

“There is one planet, and if we don’t share it wisely, we will lose it,” he says of a trip intended to draw attention to how interconnected we all are.