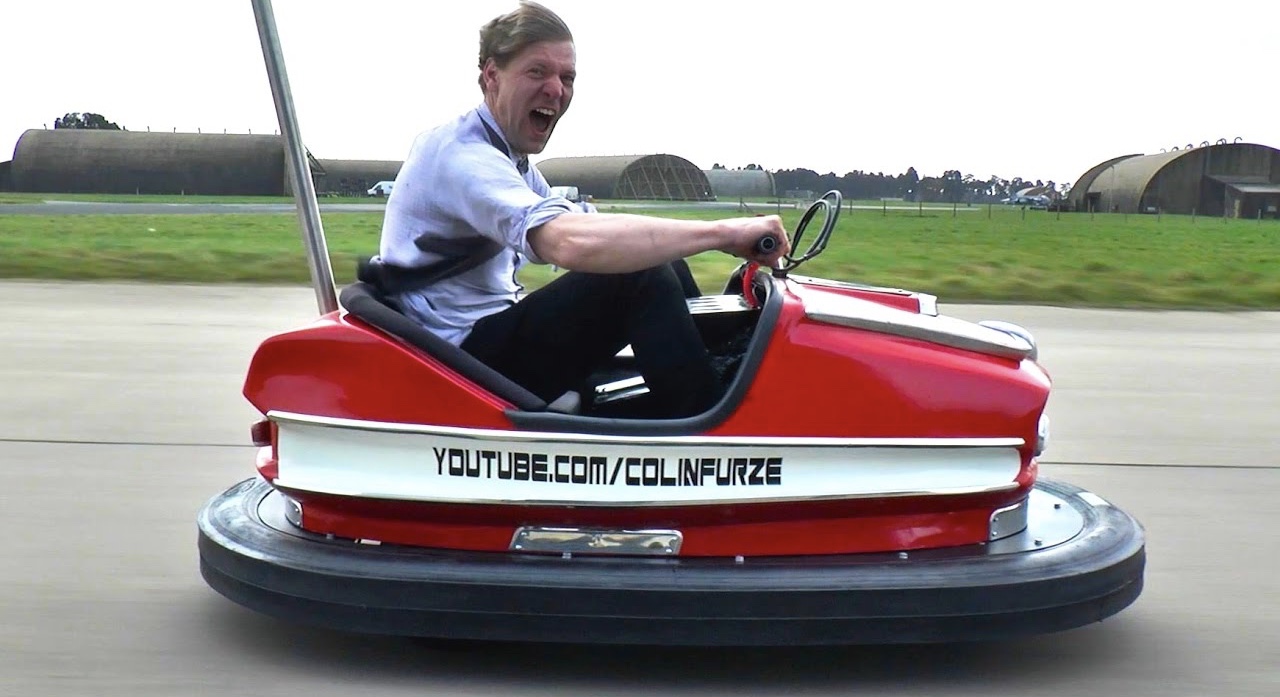 Ok, building the world’s fastest bumper car may be well outside the realm of bicycles, but keep in mind, this is the same man who recently created the amazing homemade Jet Bicycle and Hoverbike.

Culling a motor and parts from his usual midden of discarded engine works, Colin Furze took this all but forgotten bumper car and turned into a pavement-scorching record setter.

As equally impressive, Furze somehow inveigled Top Gear’s the Stig to pilot it during its official run.

In the end, Furze not only earned himself a Guinness World Record for fastest bumper car, he once again solidified his title as the world’s leading mountebank of all things forward motion.

Next up, collaborating with Russian hackers to build rocket-powered bicycles for the purpose of colonizing Mars.

That could be yuge!