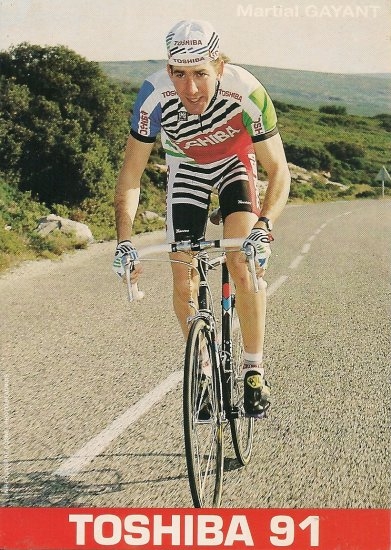 Happy birthday to Martial Gayant, who was born on November 16,1962.

The French rider is best known for finishing 2nd in the 1988 World Championship Road Race behind Maurizio Fondriest of Italy.

In addition, Gayant began his career by winning the 1981 Gran Prix des Nations as an amateur. From there, he went on to victories in the Paris-Camembert Classic, Gran Prix Ouest France – Plouay, Gran Prix Fourmies, as well as stage wins in the Giro d”Italia, Tour de France, Four Days of Dunkirk, Tour de l’Avenir and Tour de Limousin – throughout the 1980’s and early 1990’s.

Gayant was also a successful cyclocross racer as well.