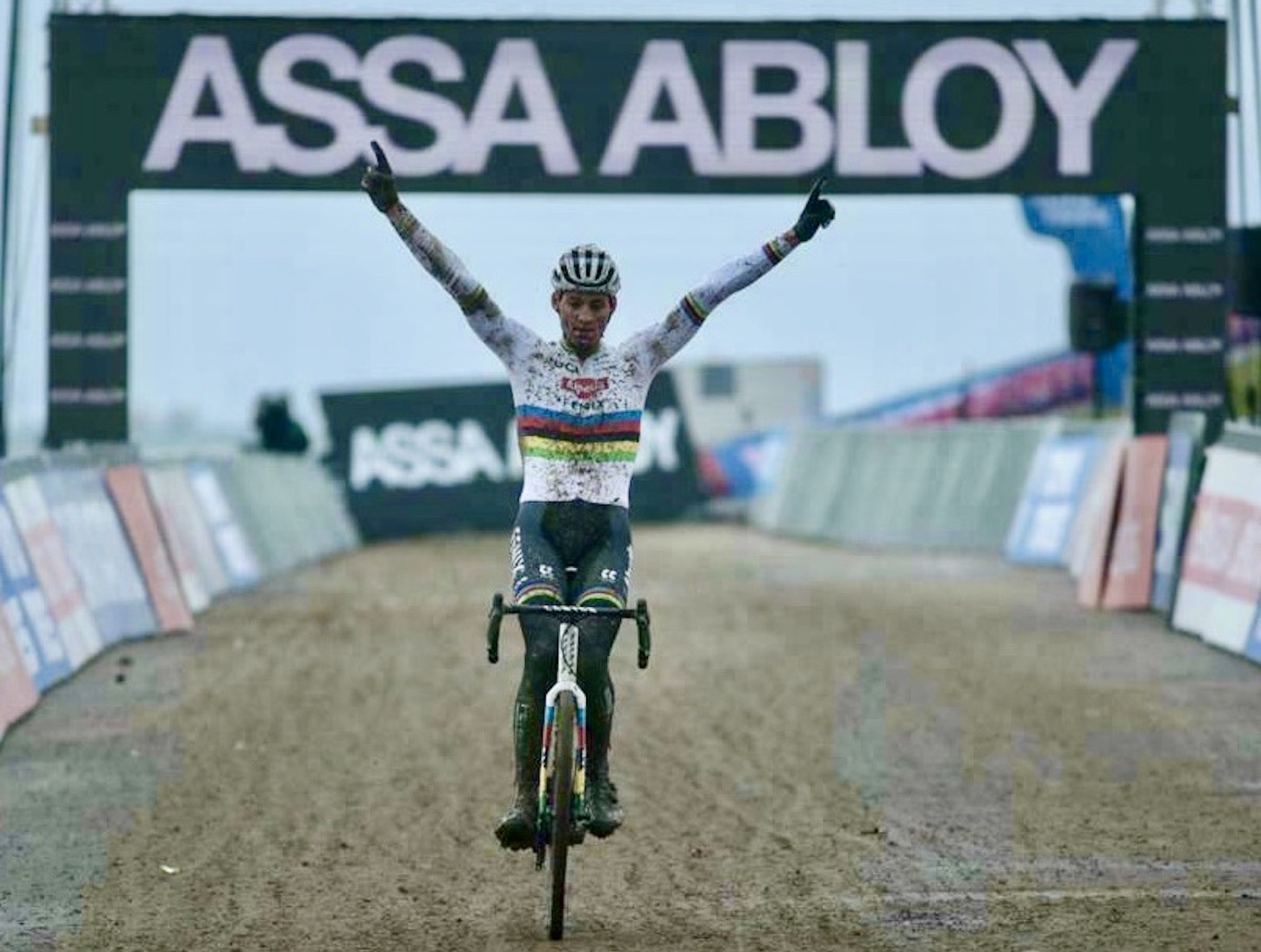 While Toon Aerts (Trek Baloise Lions) had the best start and set the pace during the opening phase of the race, halfway through the first lap Mathieu Van der Poel took over with a powerful performance.

From there, the duo quickly opened up a gap over the rest of the field, with Wout Van Aert moving his way up to the front after a difficult start. But, after later losing a handful of seconds as a result of a bad bike change, the two leaders were already out of sight, with Van der Poel having distanced Aerts by more than six-seconds.

Back in the chase, Van Aert flew past Vanthourenhout in search of Aerts and Van der Poel.

However, at the start of the third lap, Van der Poel’s lead had been stretched out to twenty-seconds. Meanwhile, Van Aert seemed to have found the right pace, as the leader of the World Cup appeared to be closing the gap on Aerts – with Vantourenhout on his wheel.

But, after a technical mistake Van Aert once again found himself chasing back into contention, this time with Thomas Pidcock alongside.

While Van der Poel’s lead continued to grow, the trio of Pidcock, Vanthourenhout and Van Aert continued to fight for the two remaining spots on the podium.

Aerts later lost pace with his companions and was unable to bridge his way back, as did Vanthourenhout at one point.

Back up front, Van Aert continued to put pressure on Pidcock, with the Belgian rider eventually riding clear of his British rival.

However, Van Der Poel’s lead proved to be insurmountable, with the Dutch rider finishing more than a minute and a half over Van Aert, while Pidcock rounded out the podium half a minute later.