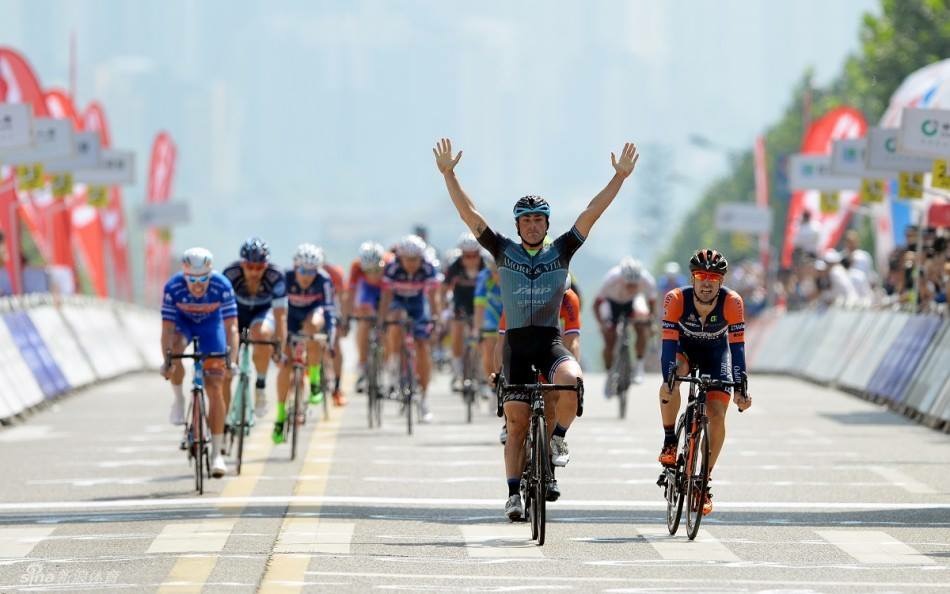 Mattia Gavazzi (Amore & Vita-Selle SMP) has been provisionally suspended by the UCI, after testing positive for cocaine stemming from a routine test sample that was taken during last year’s Tour of Qinghai Lake.

If the test is confirmed by a B-sample, it will be the third time the Italian rider has tested positive for the illegal substance, and the second time  as a pro rider.

Gavazzi previously served a 14-month suspension, after testing positive for cocaine back in 2004, while he was racing as an amateur, and was ordered to undergo treatment.

Gavazzi last tested positive for cocaine as a pro rider in 2010, while racing with Colnago-CSF Inox, after a sample that was taken during the Settimana Lombarda, yielded a positive finding.

As a result, he was handed a 2 1/2 year ban, after which, he returned to racing for the Androni Giocattoli – Venezuela team in 2013.

Gavazzi later moved to the Christina Watches team, only to transfer to the Amore & Vita team – six months later.

Mattia is the son of Pierino Gavazzi who won Milan-San Remo in 1980,along with five stages in the Giro d’Italia.

However, he is not related to Francesco Gavazzi, who currently races for the Androni Giocattoli team.