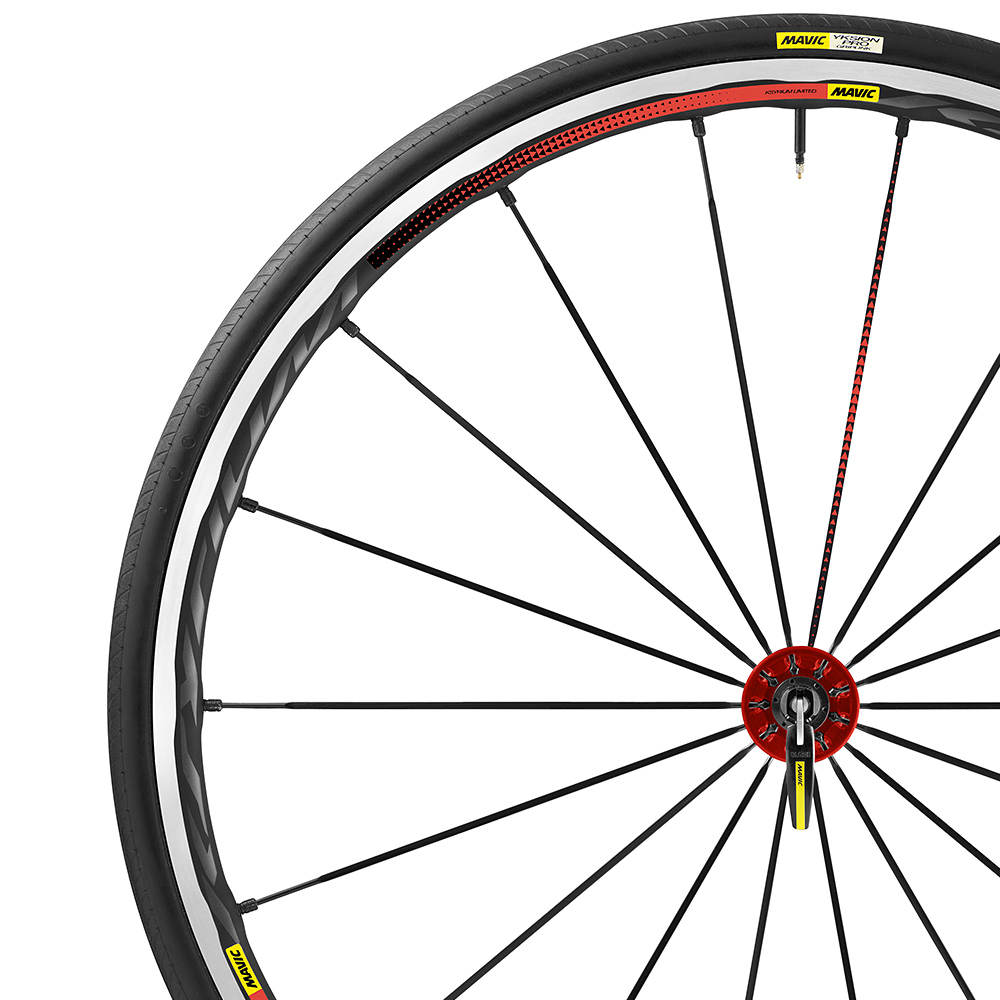 The Ksyrium Pro Exalith SL is next in Mavic’s quiver, which also features Tracomp carbon spokes (rear non-drive side only), ISM 4D rim machining and Exalith braking surface. While it’s slightly heavier than the R-SYS at 1355 grams versus 1295 grams, is still an astonishingly light wheelset, alloy or otherwise.

Lastly, for riders who prefer a something wider, Mavic offers the Ksyrium Pro. With its wide rim (17c internal), ISM 4D rim machining and Zicral spokes, it’s the perfect year-round wheel that will surely please most riders with its versatility. And, tipping the scale at a respectable 1475 grams, it’s unbeatable in its price category.

In addition, all of the Mavic wheelsets include tires and tubes, so, the only thing else that’s needed is some ambition and a little air.  😉