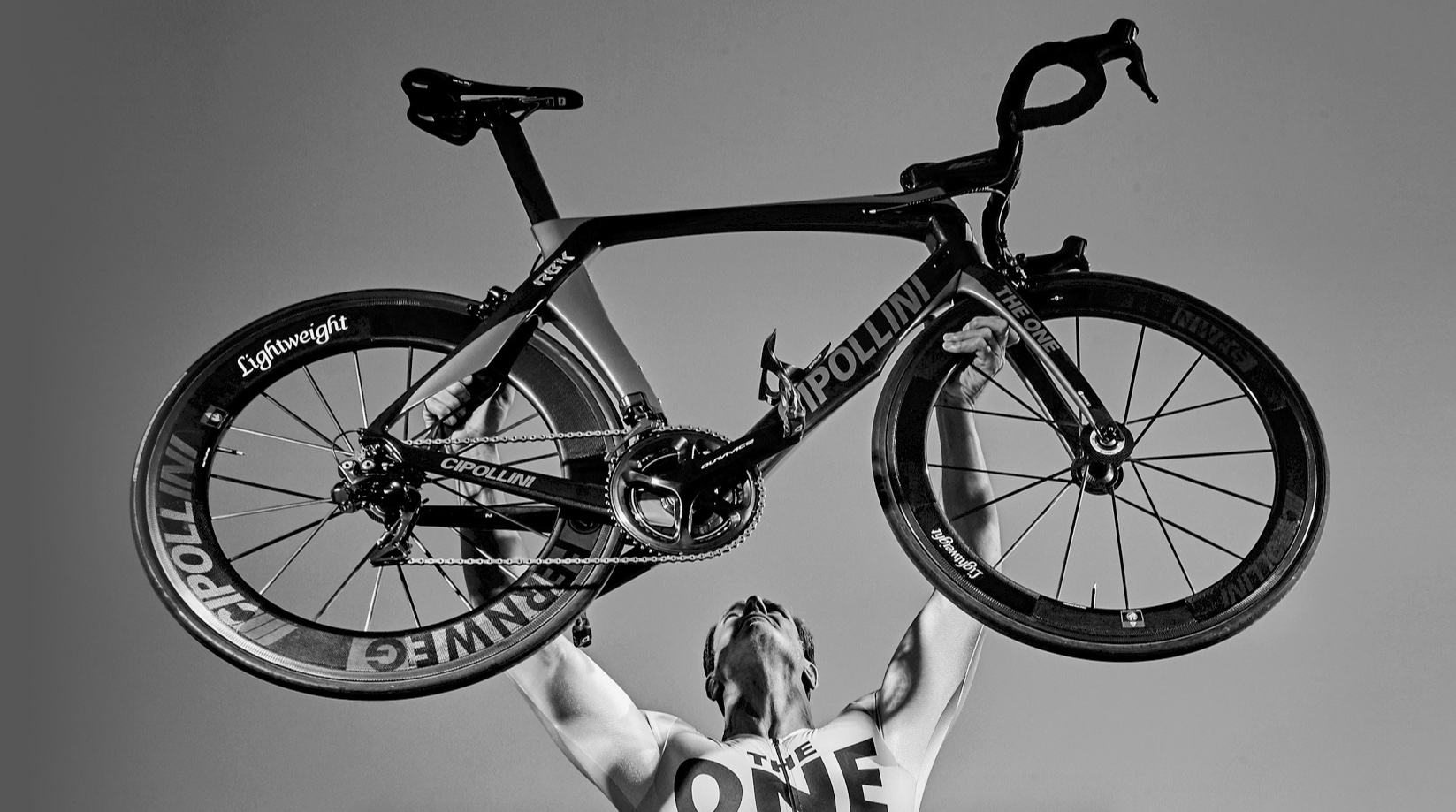 After being teased for months with spurious rumors and random images, MCipollini finally lifted the curtains on its latest flagship road bike during last month’s annual Interbike Show, called the RB1k (AKA “The ONE”).

The new RB1K trumps its predecessor, thanks to a revised carbon lay-up process and newly configured geometry, which yields a bike that’s both stiffer and lighter than the previous iteration, while no longer requiring the rider to be a yoga master in order to adapt to an overly aggressive position.

According to MCipollini, this was accomplished using a new monocoque fabrication technique, along with some “tweaking” of the angles.

Other features that punctuate the RB1K include a newly designed adjustable aero seatpost, direct mount brakes, a massive 41×86.5 press-fit bottom bracket, tire clearance up to 28mm and an extrapolation on MCipollini’s clever headset/headtube cap, which can raise stack height by almost 20mm without needing spacers.

The new RB1K is available in a wide-range of sizes from XS to XXL. But, perhaps the most exciting part about the RB1K, is that proud owners have the option of customizing their bike using MCipollini’s MyCipo program.

By the way, Mario is lookking more like an MMA fighter these days, than he does a cyclist.   😀