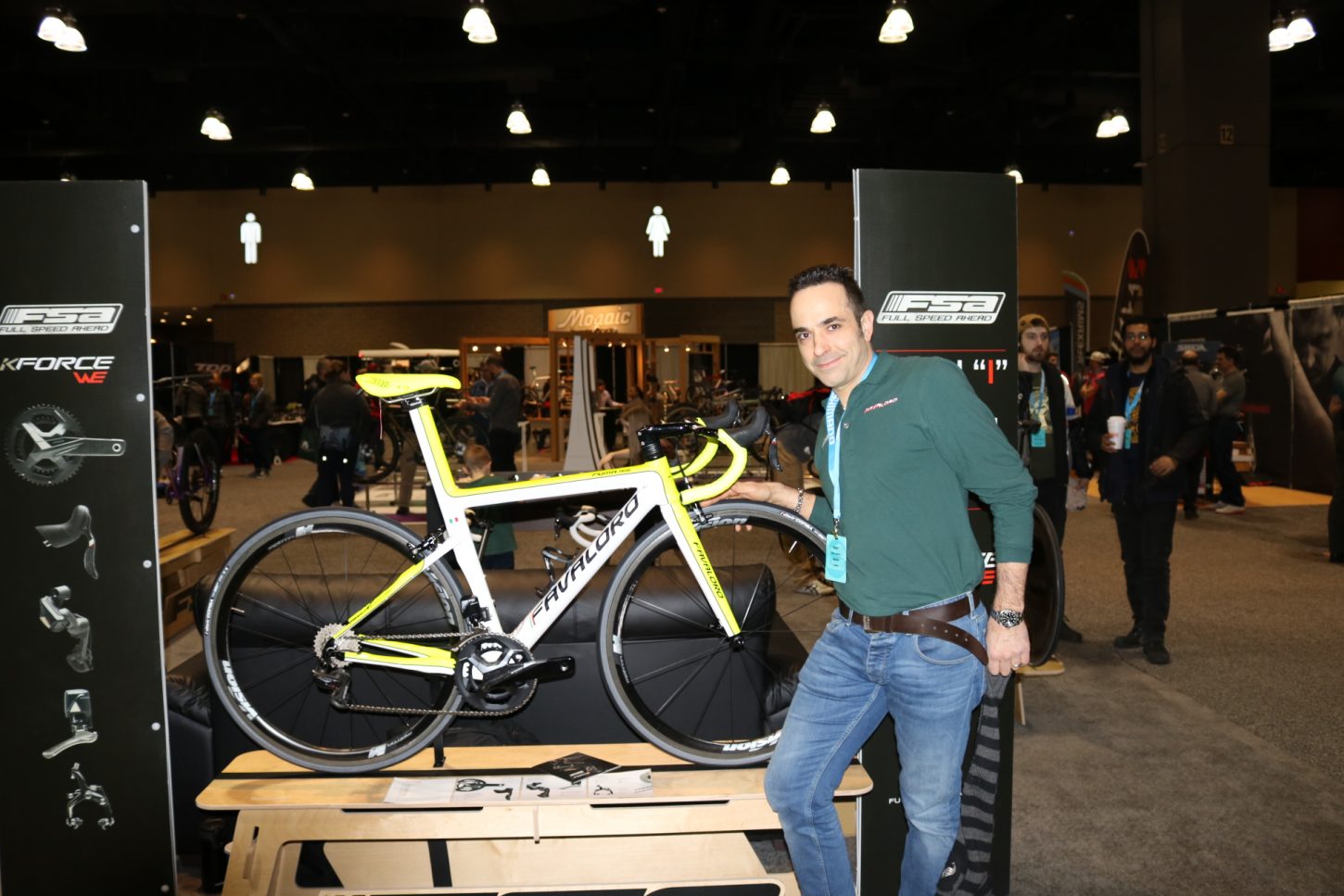 For someone who has a Genoese mother and a Florentine father, it should come as no surprise that I have an irreparable fondness for all things Italia; especially bikes. In fact, some mornings I swear that I can see the Boot of Italy in my toast. The worst symptoms are, when I stare at a picture of the Last Supper and begin to see visions of Ernesto Colnago, Ugo De Rosa and Giovanni Pinarello all seated around the Man from Galilee who happens to bear a striking resemblance to Gentulio Campagnolo. Yet, oddly enough, it’s been quite some time since I’ve called an Italian bike my own. In fact, my loyalty to the Madre Patria as it relates to bikes, has been consistently assuaged by ones from other countries; namely France.

Indeed, since about 2007, this full-blooded Eye-talian has been swinging his leg over some of the most glorious two-wheeled creations imaginable, each representing a hallmark of engineering and artisanship in their own right, but sadly none of them have ended in a vowel.

However, something very special captured my attention at this month’s North American Handmade Bicycle Show. Across a sea of wonderfully crafted metal bikes, stood a booth displaying some of the most glorious carbon fiber road bikes that for the first time in awhile really got the Ragù flowing. And, the name upon them was Favaloro.

While the DNA for most European brands has become more and more diluted over the years, and less and less the guild they once were, there are a few companies and artisan framebuilders who have chosen to maintain a more homogeneous stewardship over their bikes, and Italy’s Michele Favaloro is certainly among them.

However, unlike many so-called artisan framebuilders who seemly spring-up overnight, or turn to a Terzista (sub-contractor) to whip up a bike in their namesake, Favaloro has spent the last 25 years perfecting the art of framebuilding, while simultaneously mastering the magical cloth called carbon fiber along the way.

Favaloro’s workshop, or laboratorio as it’s properly called, is located in Polpenazze, on the shores of Lake Garda, where he turns out only a select number of framesets per year for the most discerning clients. And, as one would expect, each frame is handmade according to the client’s specifications, using a range of different carbon fibers via an intricate tube-to-tube fabrication process that ensures optimal performance characteristics from each frame, while also offering an endless array of paint choices and personalization touches.

Additionally, some of Favaloro’s frames feature a unique one piece curved toptube that links the headtube with the rear dropout for unsurpassed rigidity and directionality.

Needles to say, the frames that were on display at the show possessed a level of mastery and attention to detail that was nothing short of exquisite.

After spending considerable time speaking with Favaloro at the show, I was left with the inescapable impression that he represented a new vanguard of artisan framebuilders in Italy, demonstrating what distinguishes artistry from plain old manufacturing these days, while reestablishing that indescribable bond that exists between the maker and the proud owner.

I’m staring at that picture of the Last Supper again, and amongst the old disciples with their master seated in the center, I see a young figure in the background, he seems destine to carry on the Gospel, in this case the art of framebuilding.

Albabici is the official agent for Favaloro bikes here in the USA, which has established itself as one of the premier importers of premium bikes and components over the last twenty years.

There couldn’t be a better collaborazione in this case.