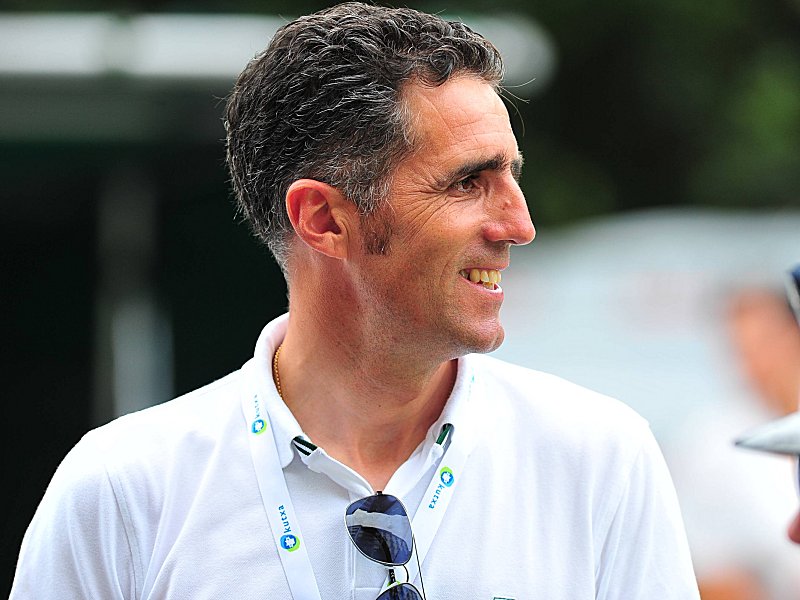 Miguel Indurain is the latest cycling luminary to join the growing list, who have expressed their congratulations to Bradley Wiggins on his Hour Record triumph last Sunday.

“What stood out was how consistent he was on the track with his speed. I thought he would do between 54 and 55 kilometers but what we saw was the maximum Bradley could do in these conditions.”

Wiggins’ performance sees him join a select group of riders, including Merckx and Coppi, who have won the Tour de France and have also claimed the coveted Hour Record tittle. Up until Sunday, Indurain was the last to share that distinction.

“Wiggins in now in the club. He’s won a Tour and now the Hour Record but don’t forget he has won a lot of other races and he has the huge success from the Olympics. He’s a champion. Everyone has their ideas of what a legend is but Bradley is one of them.”

However, not everything went as planned for Indurain, went it came to the Hour Record. In 1995, he failed to break the record in Colombia, and for that reason, he believes other riders such as Tony Martin, Fabian Cancellara and former holder Alex Dowsett may be encouraged to make an attempt.

“Wiggins took half a season to do this. You’re talking about great champions with Martin, Cancellara and, of course, Dowsett. Wiggins has set a new record but if the others prepare, then they have a chance. This new record raises the bar really high and I don’t think there’s too much room for the rest. Will Wiggins go again? I don’t know, you’ll have to ask him.”