Miguel Indurain Inducted into the Giro d’Italia Hall of Fame 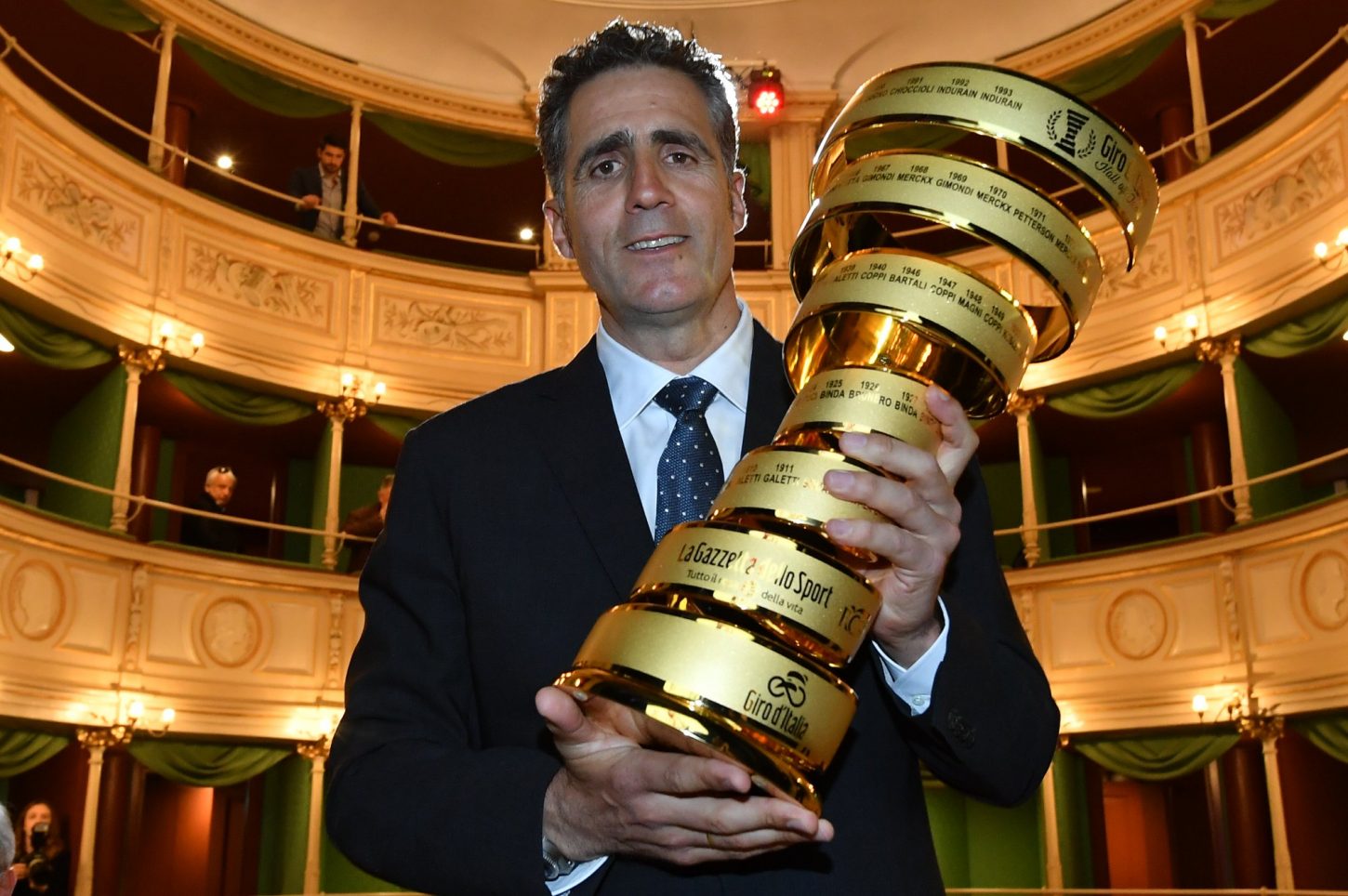 Indurain won the Giro in 1992 and 1993, before finishing third to Evgeni Berzin in 1994. The announcement comes 25 years since the former Spanish rider last won the race, which earned him the distinction of being the first Spaniard to win the race, and the first rider since Eddy Merckx to achieve consecutive titles in the Italian Grand Tour.

“I am highly honored to be part of this exclusive Giro d’Italia family. 25 years after my last victory in 1993, I am very pleased that the organizers have thought about me. I have always had a truly special relationship with Italy,” Indurain said.

Indurain is one of only a handful of riders to have the distinction of a Giro-Tour double victory on more than one occasion as well. The other riders were Eddy Merckx, Bernard Hinault and Fausto Coppi.

Indurain’s ceremony has held at the Teatro Gerolamo in Milan last Thursday, with the former Banesto rider oddly selecting his favorite Giro moment from the 1994 race, in which he finished third overall.

“The stage of which I have the best memory is from the 1994 edition, Merano to Aprica, where I went in the breakaway with Pantani. After climbing Stelvio and Mortirolo I reached Marco on the first climb of the Aprica but I had a crisis on the Santa Cristina. I tried to claim the Maglia Rosa which was being worn by Berzin. I gave everything as I was trying to win the Giro. It was an intense stage, and a succession of unique emotions, even if I didn’t manage to conquer that edition of the Giro. This race thrives on passion every day, on every road. It’s a great cycling party.”

Indurain won the 1992 edition of the Giro after claiming his debut Tour de France in 1991. He went on to win the Tour five times but retired in 1996 after Bjarne Riis ended his attempts at a record sixth title.