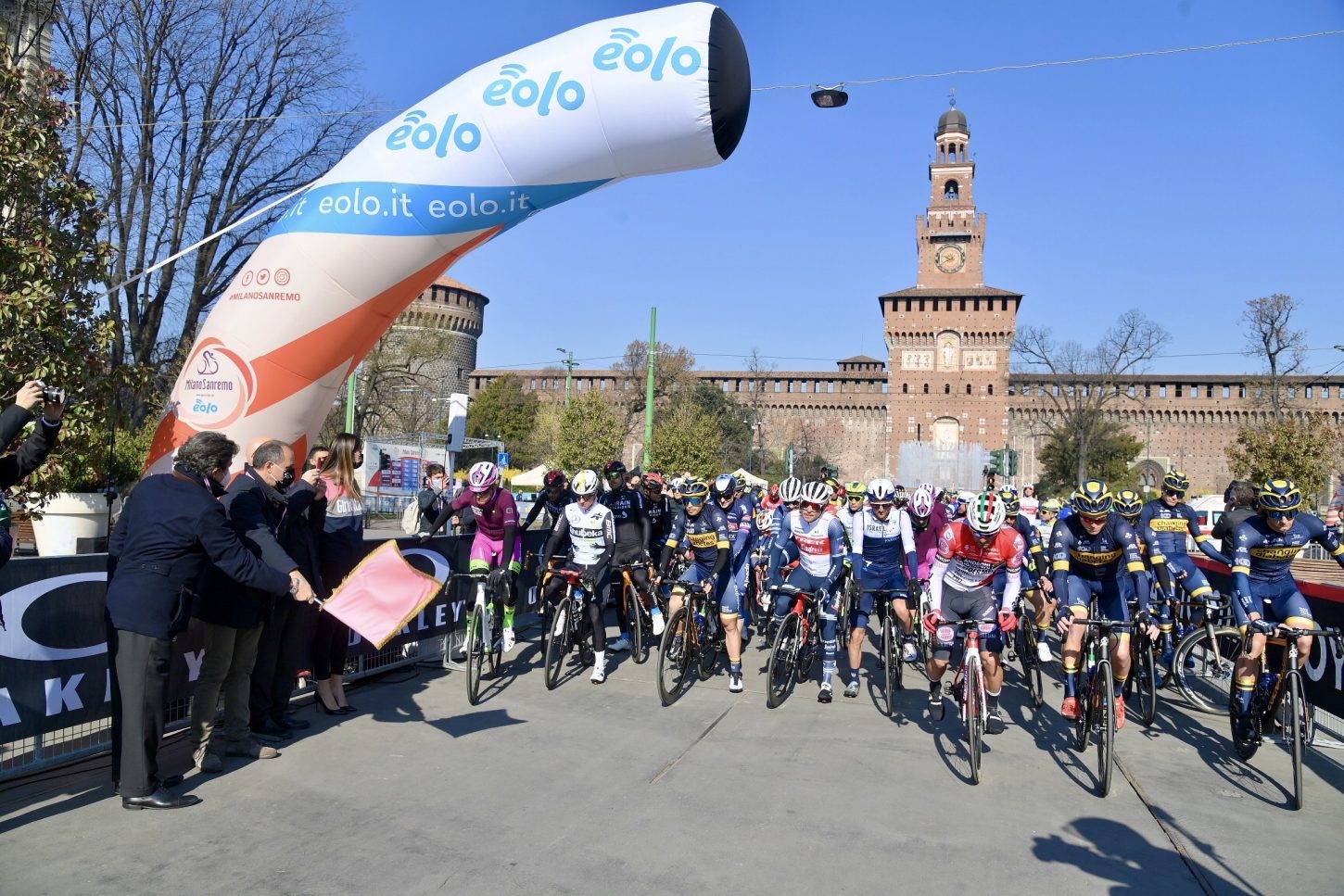 Jasper Stuyven (Trek-Segafredo) won Milan-San Remo today, after he held off a bevy of fast approaching sprinters following a daring move during the last two kilometers.

Søren Kragh Andersen (Team DSM) managed to make his way across to the Belgian rider, but Stuyven surged again during the final 100 meters to claim this year’s La Primavera.

Meanwhile, Caleb Ewan (Lotto Soudal) made a valiant effort to try and latch onto Stuyven’s wheel during the waning moments, just failing to catch him on the line to finish second, with Wout van Aert grabbing the final spot on the podium.

“I can’t describe how I feel. It’s unbelievable,” said the Trek-Segafredo rider. “We had a plan to go for it, to try to win. I felt really good all day and the finale went well.

The peloton was all together reaching the base to the famous Poggio climb, marking 9 kilometers to go until the finish, and it was Ineos Grenadiers setting the pace on the front as Filippo Ganna drove the bunch up the climb.

But with 6.5 kilometers to go, Julian Alaphilippe opened things up with an attack, with Mathieu van der Poel amongst those in pursuit. Alaphilippe couldn’t get away and then it was the turn of defending champion Wout van Aert to jump to the front of an all-star cast, with Tom Pidcock, Peter Sagan and Ewan amongst those in an 11-rider leading group.

With 4.3 kilometers to go, Pidcock rotated to the front along the descent, while Stuyven went on the attack and opened up a dangerous gap. Van Aert and Ewan set off in pursuit but couldn’t reel in the Belgian.