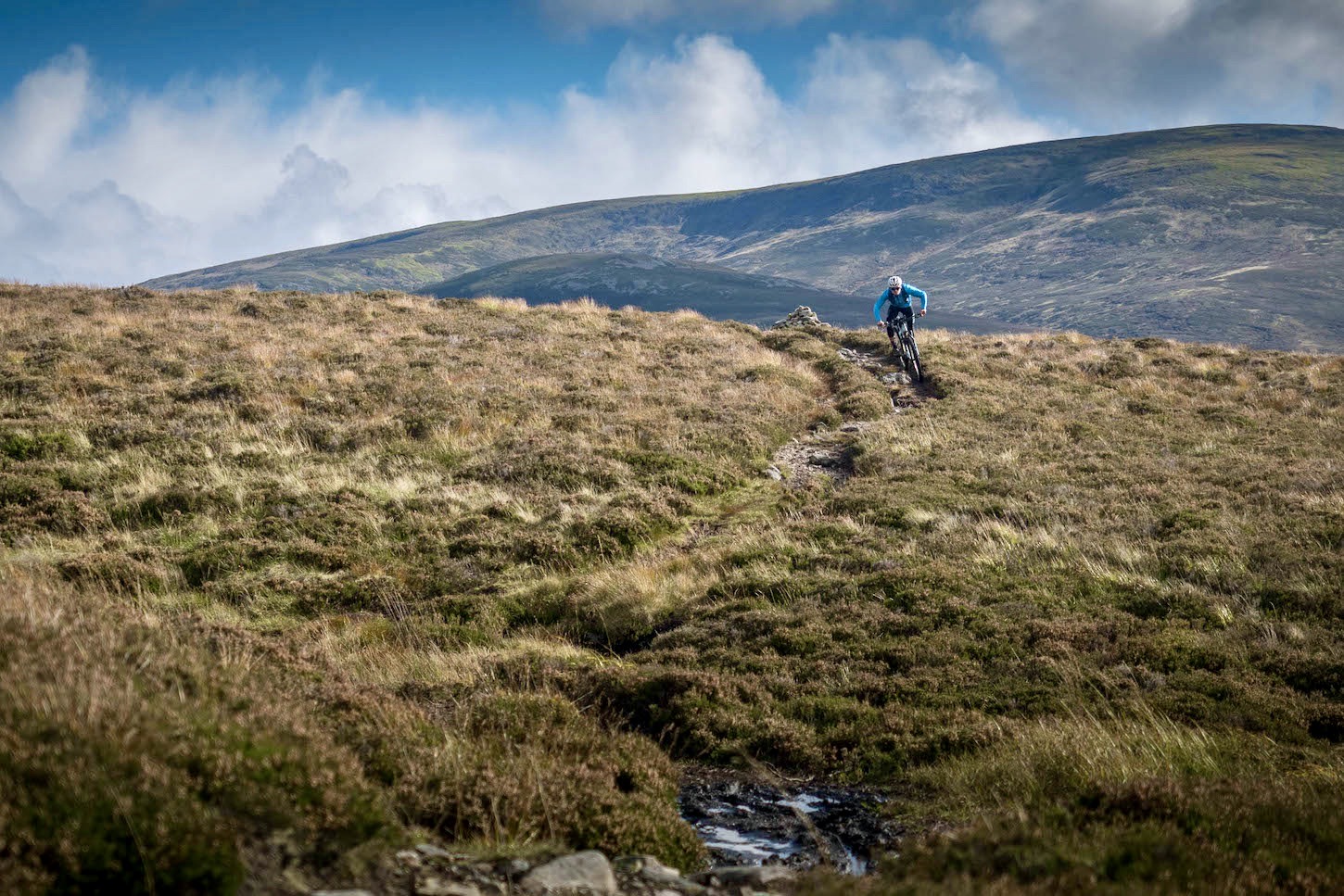 Mind Over Mountains is a short film about the mindset behind riding far and fast.

Challenging the idea that speed and suffering go hand in hand, it follows Annie Lloyd Evans, Huw Oliver and friends as they ride Scotland’s stunning Cairngorms Loop ITT on a perfect August day. Moving fast, light and in the moment, the film chronicles the landscape and joy that fueled their unforgettable rides.

The Cairngorms Loop is a 300-kilometer Independent Time Trial route in Scotland that circumnavigates the mountain range that gives the trail its name.

It circles the Cairngorms twice, following long and lonely glens on heather-fringed singletrack, traversing beneath sub-arctic plateaus and their fickle weather, and crossing wild watersheds by trails that are far older than the bikes that traverse them.

However, rarely has the trail been ridden in a single push, but in August three new course records were set in a single day, as Evans rode home in 26 hours and 57 minutes as the fastest woman to have completed the route, while Liam Glen lowered the singlespeed record to 18 hours and 55 minutes.

In the meantime, Oliver and Ewan Thorburn pushed each other to finish in 17 hours and 53 minutes – the route’s fastest completions to date.

In those hazy areas between night and day, elation and fatigue, possibilities and unknowns, the film about how the riders used the mountains to overcome their psychological hurdles and achieve their respective feats.