The Minimalist “On Bicycle Stand” by Yuma Kano 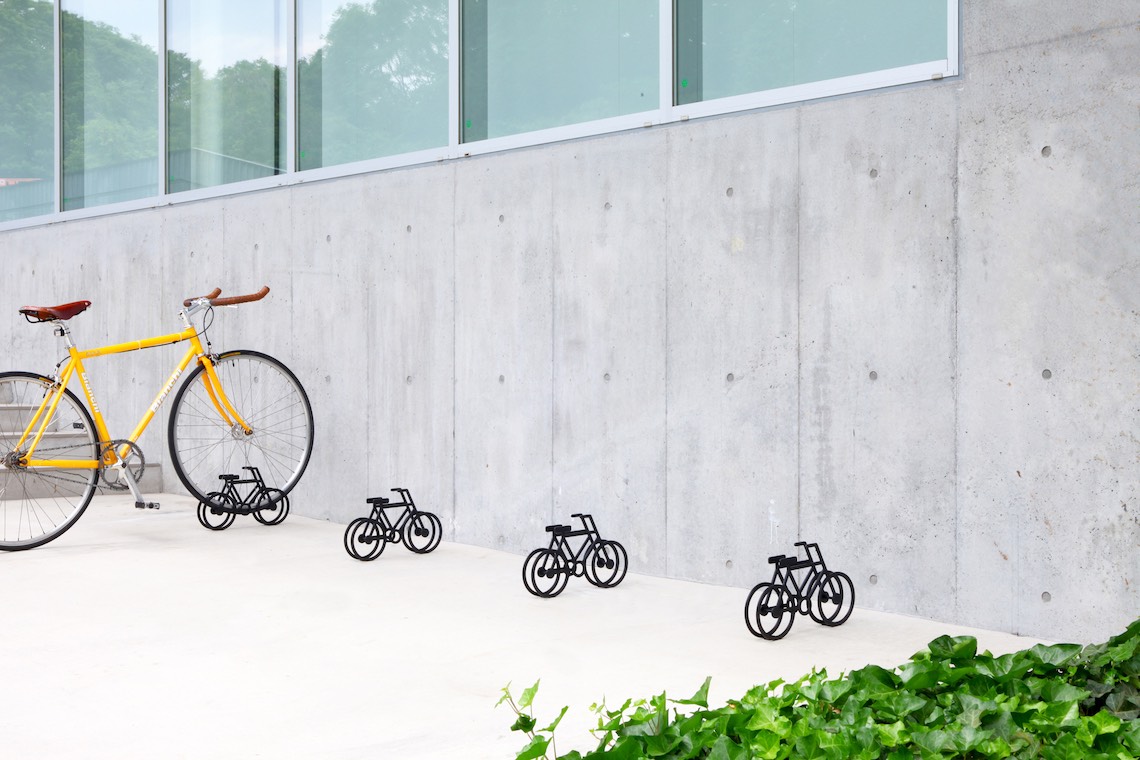 11 May 2017
By Campionissimo - In FEATURED ARTICLES, LATEST ARTICLES, THE DOUBLE DIAMOND

The On Bicycle Stand is a clever ornamental bicycle stand created by Japanese designer Yuma Kano, that possesses as much minimalist charm as it does purpose.

Kano is known for putting a smile-inducing spin on overlooked objects, and his unique industrial design approach is especially evident with his On Bicycle Stand, which mimics the classic double-diamond shape of the bicycle that’s remained unchanged for more than a century now.

Like traditional bike stands, Kano’s contemporary design is made out of steel and is easily installed with minimal hardware and tools.

What sets the On Bicycle Stand apart from others is clearly its aesthetic.

Each stand represents a miniature shaped bike, which rendered in black is evocative of a line drawing, making it all the more pleasing to the public, and easy to identify. Moreover, to give it even more artistic appeal, Kano has designed 2 styles of the On Bicycle Stand.

One that’s inspired by the traditional, drop-handlebar road bike, and the other which is based on a typical urban city bike with upright handlebars.

Kano was inspired to create the On Bicycle Stand by his less-than-positive past experiences with Japan’s current bicycle parking system.

To wit, “the stand was designed to solve the problem of randomly parked and bunched up bicycles on streets, sidewalks, and parking lots,” Kano explains. “Placing them could create lanes of traffic to walk or ride through, create a pleasant atmosphere, and invite people to stop and look around.”

The On Bicycle Stand, which is roughly 14 x 8.5 inches, was awarded Japan’s prestigious Good Design Award, and it’s available in a bolted style that can be secured to the ground, or a plate style, which simply rests on the ground and can be moved around.