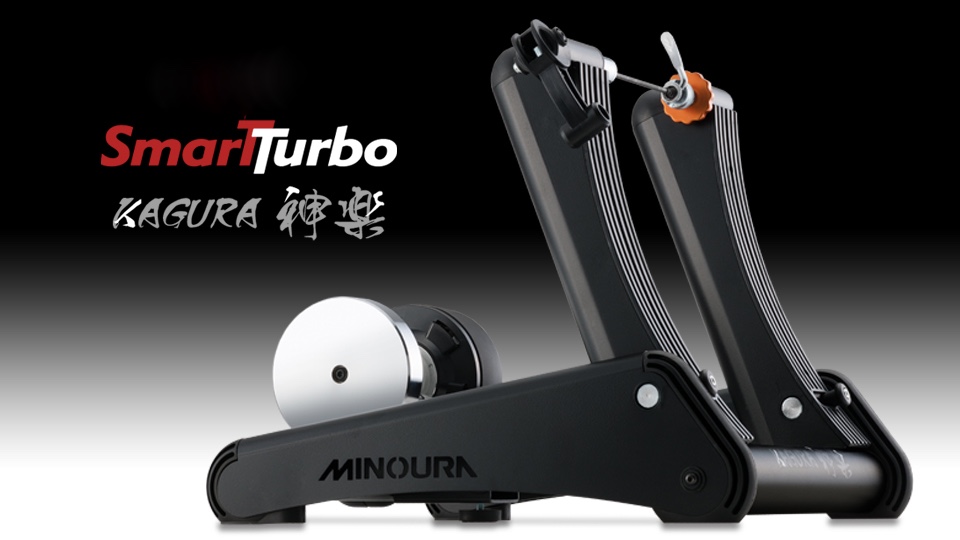 Minoura has unveiled a new smart trainer called the Kagura, which allows users to select different modes of operation, ranging from electromagnetic resistance or non-powered mode, along with three different settings of resistance.

In addition, the Kagura is compatible with Bluetooth and ANT+ FE-C technology, which allows users to pair it with most bike computers, as well as sync with training apps such as Wahoo Fitness or Zwift.

When it comes to resistance, Minoura claims the Kagura is capable of simulating hill climbs up to 20% gradients, while handling power output up to 2,000 watts – all with an accuracy of +/-1.5%.

The simple software design of the Kagura allows users to control resistance by pairing it with either an iPhone or Android smartphone, or something like a Garmin bike computer.

From there, users can pair the Kagura with a number of third party training apps, which in turn can communicate with the trainer’s resistance, as well as map workout metrics, to include power output.

The Kagura sells for £599.99, or consumers can purchase just the resistance unit for £499.99, which can be retro fitted to existing Minoura trainers.

Pricing for the US market is to be announced.