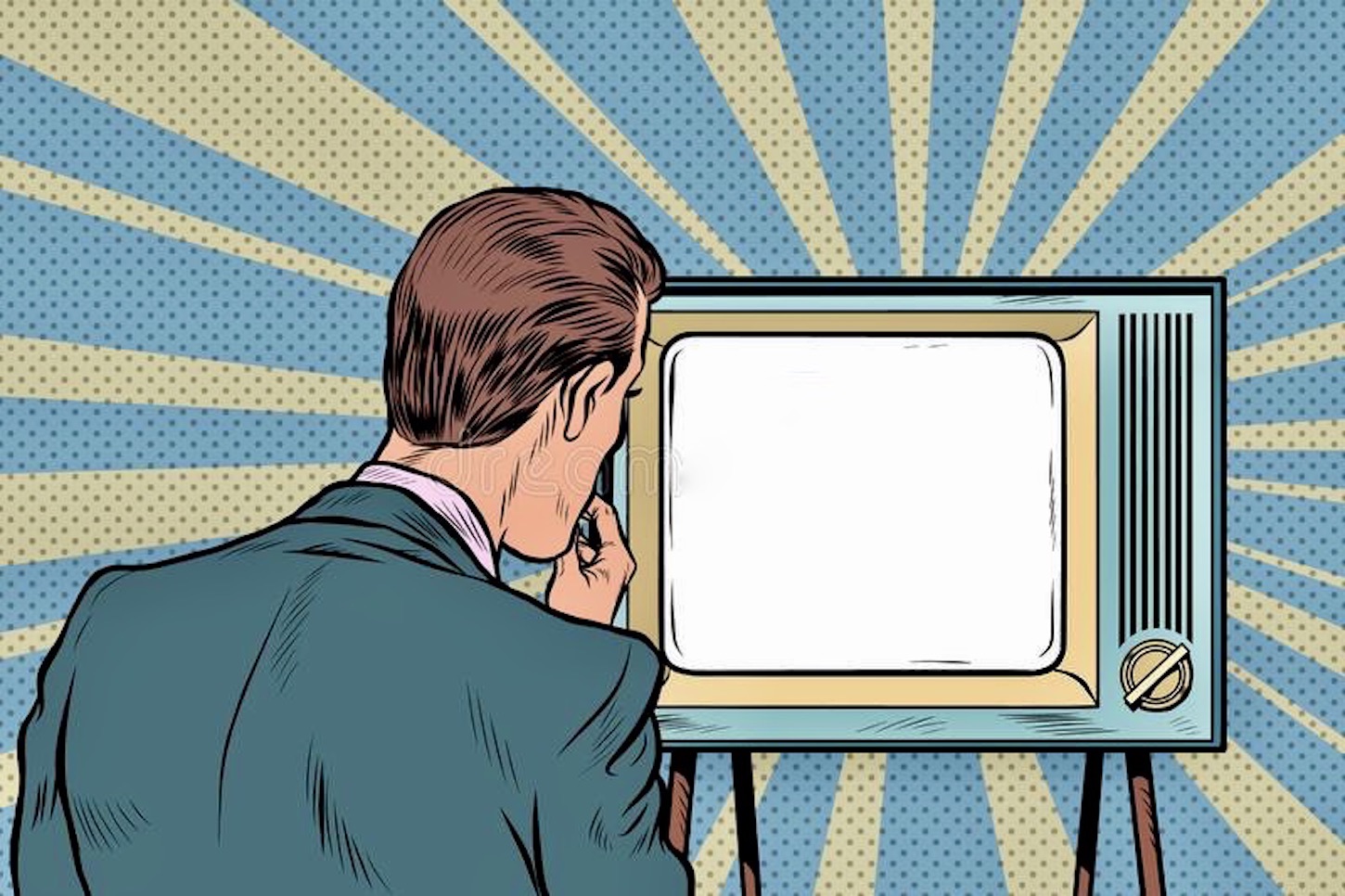 The head of Flanders Classic, Tomas Van Den Spiegel, recently suggested that the answer to getting more fans interested in the sport would be – in effect – to simply show less of the sport. By cutting the length of broadcasts and only showing the final hour of each race, he suggested that races could capitalize on society’s shrinking attention span.

It is telling when a key stakeholder essentially implies that their product is so boring that they need to spare the fans from viewing it. Van Der Spiegel is correct that the sport needs to evolve its broadcast product and presents valid points, but simply reducing the broadcast content to show just the sprint finish isn’t the answer.

Instead, all stakeholders should be looking at how to modify events to make them more compelling, and broadcasters should look at new and more creative ways of condensing and packaging the whole event into a concise package for those fans who don’t have four or five hours to spare.

The most concerning component of Van den Spiegel’s take on pro cycling is that it illustrates pro cycling’s general reluctance to adopt modern sports content strategy. Our problem isn’t that the Tour of Flanders broadcast is six hours long. The problem is that (a) it’s hard to understand for a new viewer; (b) it’s often difficult to watch for people who don’t happen to live in one of the core northern European cycling countries; and (c) there aren’t any good alternatives to watch a concise summary or highlight video of the event later.

What cycling seems not have fully recognized yet is this: longer live race broadcasts don’t necessarily need to be reduced or taken off the air, but they do need to be supplemented by other offerings – live broadcasts should just be one component of a larger and more diverse content-delivery strategy. The sport must develop a broader range of products to meet the full spectrum of evolving demographic demands.

There are events in cycling races that may happen 150 or 200 kilometers from the finish line – tactical moves that can make or break the event. These shouldn’t be cut out of the broadcast, simply because they happen four hours before the finish. For example, cycling TV coverage almost never shows much detail about the origins or strategies behind the early break in the race, or how the leading group got away from the peloton.

A fan should be able to tune into a condensed – but comprehensive – version of the entire event. Currently, most highlight reels simply focus in on the final few kilometers of the race or just the sprint finish. This typically leaves the viewer with the option of either watching the entire and sometimes absurdly long live race coverage or only being able to access only an overly simplistic highlight of the finish.

Particularly in non-European markets, the only choices are to tune in at extremely inconvenient hours to see how the early race circumstances evolved, or to track down a recording of the race and try to find the timestamp where the specific action actually happened. There currently isn’t a well-curated and condensed version of the race put out by the event or broadcaster that allows a fan to reliably watch a compelling and concise version of the race without sifting through hours of live footage.

Other sports have long ago mastered the concept of a concise highlight summary. If you miss an NFL game, you can simply get on Youtube and watch a 15-minute version of the game. The NBA releases 10-minute hyper-condensed versions of games, as does the English Premier League. This isn’t exactly groundbreaking stuff, yet it seems to have eluded the imagination of cycling’s broadcasters and stakeholders so far.

Some fans like to watch the entire live broadcast, and the argument can be made that the longer the event, the more exposure there may be for sponsors – which is obviously critical for a mostly sponsor-driven sport. And some fans even like to watch the entire event for other reasons. A French survey actually found that the majority of fans tuned into the event to watch the extended shots of the scenery. So, to reemphasize – cycling’s broadcasters do not necessarily need to shrink their coverage; they just need to diversify it, by offering additional and more compact alternatives for those (likely numerous) fans who don’t wish to watch the entire thing live.

Every grand tour has multiple stages where a break goes up the road while the peloton slow rolls, with the general understanding that the break will be pulled back in time for the sprint finish. These stages provide little entertainment value and are likely the types of races that Van Den Spiegel believes shouldn’t have a full broadcast. However, there is a myriad of ways to increase the entertainment value of these races and make even the most boring days in a grand tour more interesting – for example, by offering WorldTour points, serious cash prizes, or major bonuses at mid-stage sprints.

ASO has already proven it’s possible to add value with the addition of time bonuses. For the 2019 edition, the Tour added time bonuses for the first three riders over select climbs, which was one of the reasons Julian Alaphilippe raced so aggressively early in the race and was able to get so close to winning the overall. His aggression and the story of his pursuit of victory in the face of overwhelming odds drew immense interest from the general public; this is exactly the type of storyline and drama that cycling should be aiming to achieve as often as possible.

The Outer Line spoke to former racer and Thereabouts filmmaker Gus Morton on how cycling broadcasters could do a better job. “Sometimes I think that cycling has forgotten where it’s allegiance lies …. cycling should be dedicated to its fans, not its history. If we really want to make this sport more entertaining, we have to put the audience first, we have to put the pursuit of inspiration above the pursuit of a specific performance.” He goes on, “A lot of what happens in cycling isn’t that visible. While that is one of the beauties of the sport, it is also one of the greatest barriers to building new fans. Too often we just hear commentators routinely describing what is happening, rather than why it is happening. I know it may be a bit of a cliché, but we have to try harder to tell a narrative.”

In terms of alternative content possibilities, Morton says, “I think there is an opportunity in race recaps or highlights to essentially put the audience back in the race, as if it hasn’t happened yet – to help them think about the motives of the teams or riders.” Morton suggests breaking the event down into acts. “The first act would comprise the initial attacking, often taking place the instant the race begins. The second act begin would begin when the break was established, and the third act would be when the break was caught, or when it succeeded – the finish of the race.”

Morton says, “In my mind, there is a pretty simple fix. Have the commentators commentate on the opening kilometers in real-time, speculating and elaborating as to what could happen based on the characters attempting to make the break, the route, the conditions, and so on. This establishes the stakes – and it could be condensed into highlights later. The second act would have the commentators analyzing how the stage will play out now, that we have the main race determinants established. Here, commentators could lean heavily on speculating, throwing various scenarios out, continuing to raise the stakes. And then in the finale, they could link back, to see if any of their scenarios are playing out, and just commentate the finale of the race as per usual.”

For comparison, ASO does offer condensed Tour de France stage highlight packages, which feature key images of the race and a lot of post-race interviews, but to date, they aren’t a truly viable supplement or replacement for missing the live event – in the manner of the NFL, NBA, and Premier League game overviews.

The key point is that – due to the dawn of digital broadcasting – there doesn’t need to be a singular solution. Sports like professional soccer present several options for viewers for the same event across their digital portfolios. For example, NBC sports has a soccer hub on their apps where fans can select feeds with real-time stats overlaid, a tactical camera angle that allows you to see the whole field the entire time, or just a regular, “old-fashioned” feed. The digital distribution model allows them to serve up multiple broadcasts of the same event, which is something that could be used effectively in cycling. For example, broadcasters could display a raw race feed without any directorial angle on a feed broadcasting a dramatized version on another digital feed, while broadcasting a feed with live race and rider stats on another feed altogether. These would allow them to cater to each audience segment and drive maximum engagement across a wide spectrum of viewers.

Professional cycling needs to quickly develop a thoughtful strategy of serving up race content to its variety of end-users – not simply cut the number of hours races are broadcast on TV. Hours of coverage and team sponsor logos are important for the economic viability of the sport, but so are smarter, more interesting summary content packages – more concise narratives that could help to attract and retain new fans.