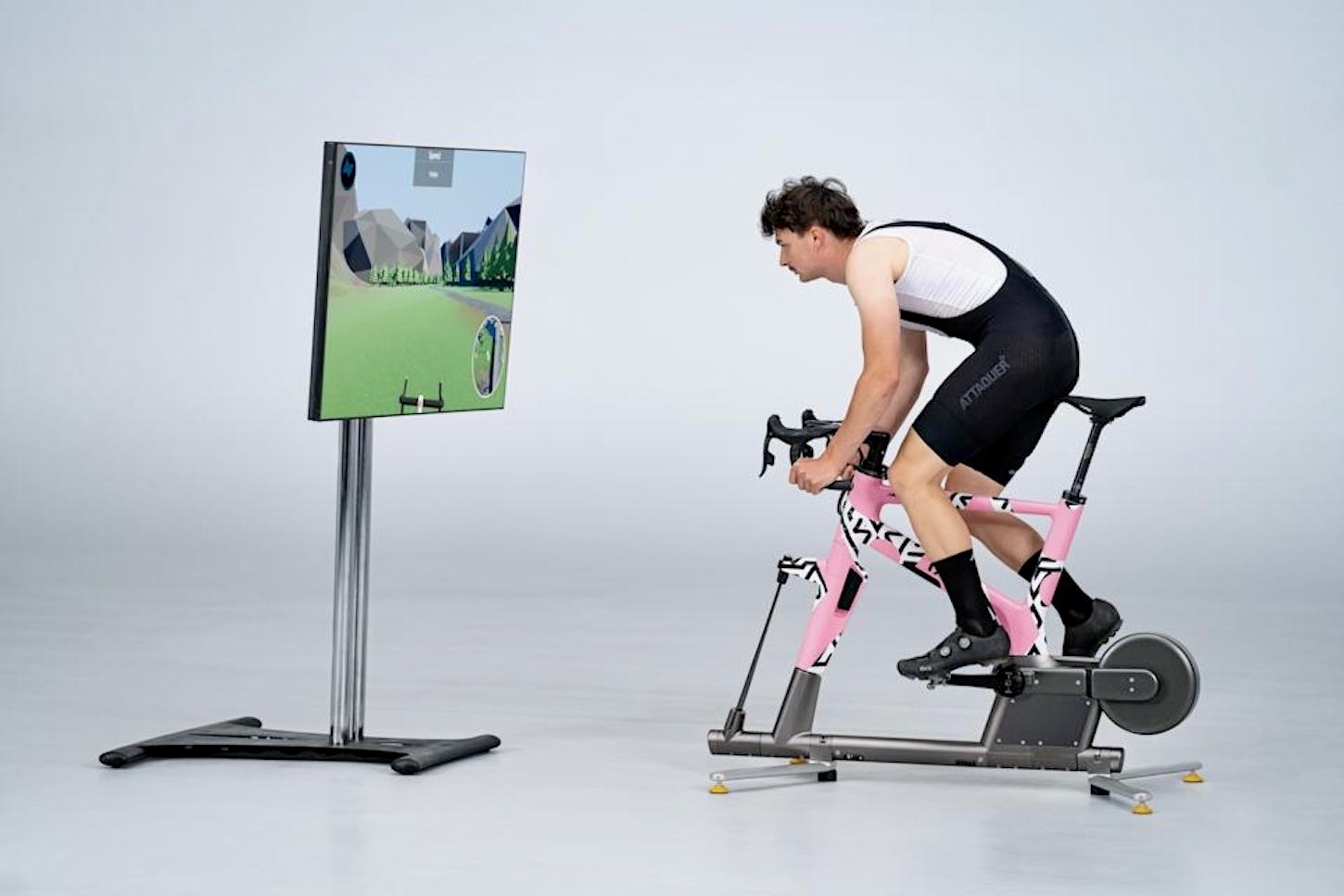 Muoverti is previewing its new indoor trainer called the TiltBike, which claims to be the world’s most realistic trainer of its kind, providing cyclists with an immersive experience that replicates the same balance, steering, acceleration and braking as though they were out on the road – especially when used in conjunction with cycling apps that offer virtual routes like Zwift and RGT Cycling.

To accomplish this, Muoverti says the TiltBike uses a “dynamic electromagnetic resistance control and physics engine to algorithmically replicate the feeling of physical forces”, such as rolling resistance, incline, weight, acceleration, braking and inertia.

“Lateral frame rotation combined with self-centering handlebars allow the bike to move freely under the rider [when seated or climbing and sprinting out of the saddle] to preserve the body’s natural fluidity. The feel is both aesthetically pleasing and a more effective workout, as it engages core muscles and recruits balancing reflexes,” explains Muoverti.

“As the algorithm updates a thousand times per second, the electromagnetic resistance control behaves completely as the physics would have it behave. This enables real-time simulations such as drafting, angular wind speed and rolling resistance, as all forces can be software-controlled,” the British company adds.

Other technologies involve data sensors that are designed to monitor the rider’s motions such as left-right balance and seated vs standing position, as well as the usual metrics such as power and cadence. Moreover, the TiltBike is programmable to match the gear ratios, number of speeds, cassettes and groupsets from leading manufacturers, while a dedicated seatpost with a traditional clamp and quick release allows for the easy installation of any saddle, along with proper height adjustment.

Additionally, the bike also has an adjustable stack and reach handlebar, as well as proprietary, adjustable crankarms, while the frame itself can be separated from the base in order to mount alternative configurations, such as a time trial or a mountain bike.

According to Muoverti, the targeted release date for the TiltBike is Autumn 2022, with pricing that’s said to be in keeping with the competition.