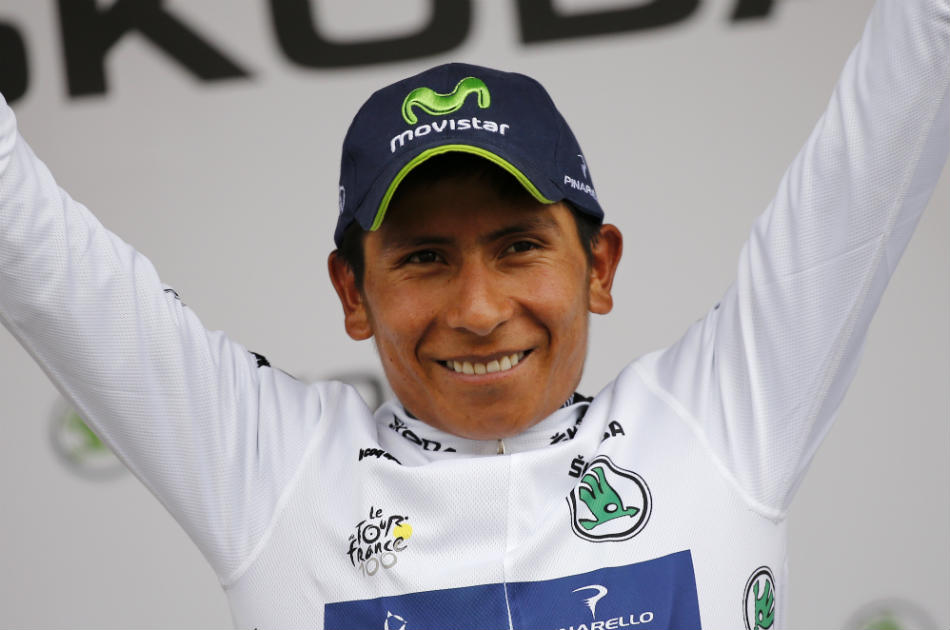 02 Dec 2015
By Campionissimo - In LATEST ARTICLES, THE GREAT RACE

Team Movistar’s officially apparel supplier, Endura, has some strange-science up its sleeve, wherein the Scottish brand is in the process of creating a life-size, three dimensional model of Nairo Quintana, complete with moveable extremities – with the aim of fine-tuning his aerodynamic, time trial position – ahead of next year’s Tour de France.

According to Endura’s Jim McFarlane, they used 3D laser scanning to capture the physical data of all of Movistar’s riders during their annual training camp Pamplona, Spain last month.

“It gives us a virtual form of each of the riders that we can work with and access throughout the season, because you have to remember that, once the season starts, it can be quite hard to get time with the riders,” explained Jim McFarlane of Endura.

“Our software maps the 2D patterns that we cut from the fabric, and it virtually stitches it over a 3D avatar. It shows us tension maps across the body, using specific fabrics with known stretch characteristics. It looks like a heat map, but it shows the amount of stretch across the body, and it means that we can essentially refine each of the rider’s garments to fit them more accurately.”

In the case of Quintana, Endura has expanded the project to create a life-size model of the diminutive Colombian rider, with the goal of optimizing his body-fluid, aerodynamics.

“Scanning is the solution to two problems. The first is that you can’t necessarily get access to take riders physically to a wind tunnel. The second is that they fatigue when they are there, and aero testing is all about consistency and repeatability, so the idea was, we scan Alex, we then take his 3D avatar or ‘scanatar,’ as we call it, and use that to 3D-print a mannequin of Alex that we can then build into it a physical working model with adjustable limbs and so on, so that we can do much more extended periods of wind tunnel aero testing, knowing that that is the form of Alex’s shape.

“We get to repeat the process that we did with Alex, but on Nairo, so that we can refine his clothing. So that’s the plan: to have both a virtual Nairo, and a physical carbon-fibre Nairo, and work with those two together, and hopefully make him faster on time-trial day at the Tour de France.”

So far, Quintana has been scanned in conjunction with his road bike, while the process will be repeated next year along with his time trial bike.

“It’s all about us being able to take an accurate 3D body shape of him, in a riding position, for aero purposes, and we do an awful lot of work, specifically with Simon Smart at the Mercedes-AMG Petronas Formula 1 wind tunnel at Silverstone, for aerodynamic development for the team. It’s been one of the major processes that we’ve been involved in, and of course that the team’s very encouraging. It’s one of the few places that we can make a really noticeable performance difference to the team that’s measured in seconds.”