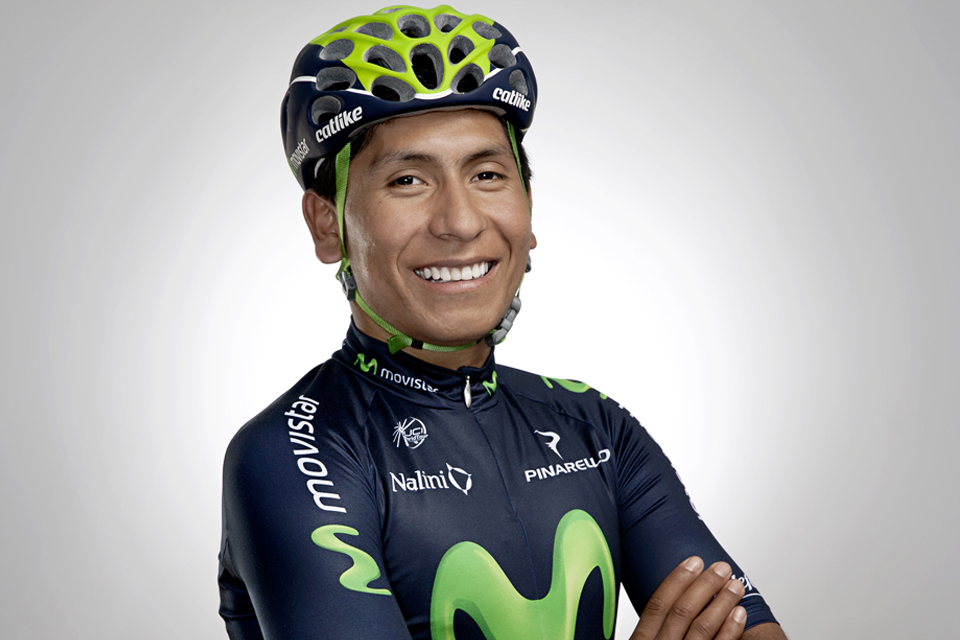 17 Nov 2015
By Gianni Pericolo - In LATEST ARTICLES, THE GREAT RACE 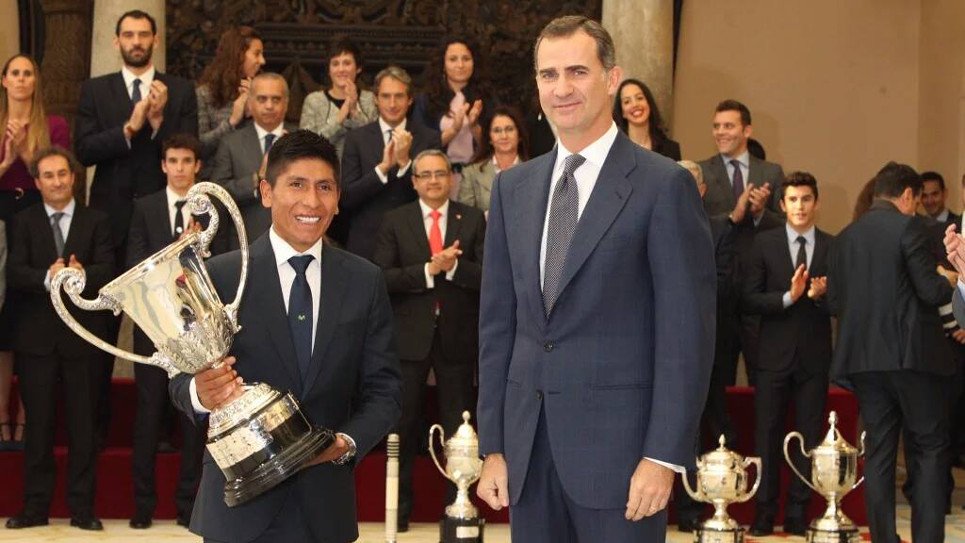 Nairo Quintana was presented with an award for the Best Ibero-American Sportsman of 2014, at the Royal Palace in Madrid by the King of Spain today.

The Movistar rider received his award at the Spanish National Sports Awards ceremony in Spain’s capital, where he was recognized for his achievements by the King and Queen of Spain, with special preference in the award given to those athletes working with Spanish teams.

“It was a real honor to be able to share the stage with such great athletes, and to shake hands with the King, who I have never had the pleasure of speaking to before today,” Quintana said before flying back to his native Colombia.

“As I leave for Colombia, I am delighted with my season, and with this award in recognition of the progress I have made in my career.

“After a few days of rest, I will start training for the 2016 season, when great challenges await me.”

Quintana says he’s focused to three goals for 2016, the Tour de France, for which he finished in second place this year, the Olympic road race and naturally the Vuelta a España.