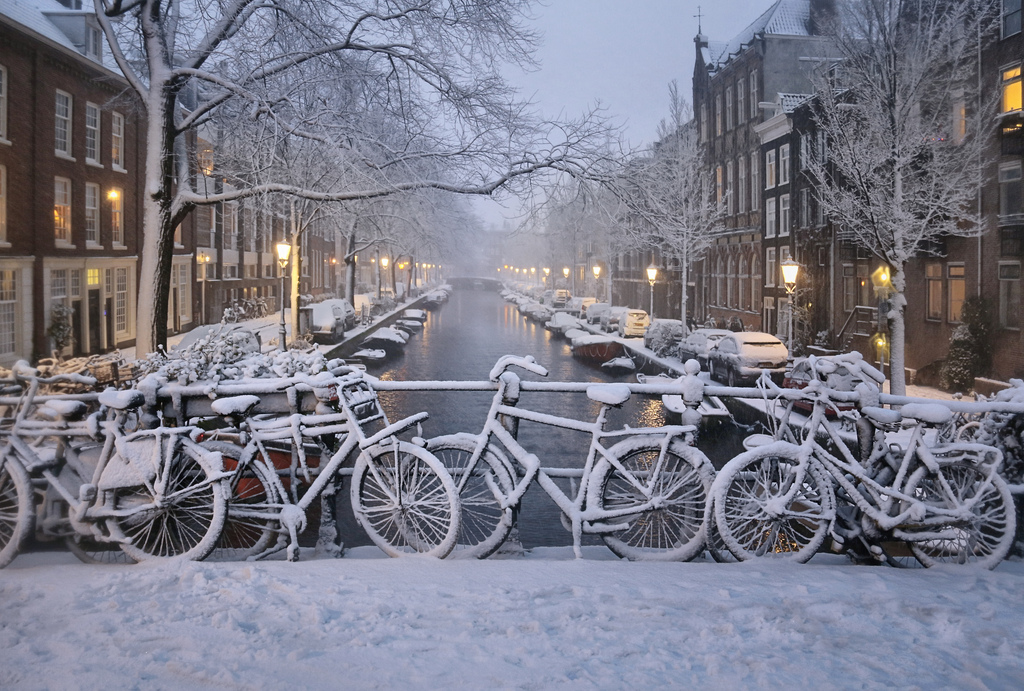 Many regard the Netherlands as being the heart of cycling in Europe. But, now that the Dutch country is set to build the Occident’s longest heated cycle path, it will have the warmest one as well.

Indeed, there are plans for the cycle path to go between Arnhem and Wageningen and it will be heated via the local paper plant. This means that in the winter months, snow will not collect on the 1.7 kilometer path and will make commutes much easier. It’s also going to cut the distance between both cities by 600 meters.

Concerns have been raised that frogs might find the warm path a little too comfortable, presenting a danger to themselves and cyclists. But Gelderland’s provincial council has promised to monitor the impact on local wildlife, which includes many water birds and beavers.

Towns across the Netherlands have been investing in heating stretches of cycle paths, but nothing on the scale being proposed in Gelderland has been constructed. Cutting through the Jufferswaard, a nature reserve near a branch of the Rhine, the two-way cycle path, which is due to be completed in time for the winter of 2019, is also likely to be one of the most idyllic.

The Jufferswaard occupies 30 hectares (75 acres) of the floodplain along a branch of the Rhine, between the Parenco paper mill, one of the area’s biggest employers, and the bridge at Heteren village, 12 kilometers southwest of Arnhem.

Petra Borsboom, a spokeswoman for Gelderland council, said they believed the path would be the longest of its type in western Europe. “We don’t want to make the claim that it is the longest in the world, because there might be one in China we don’t know about.”

Ms Borsboom said the project will be put out to bid soon. “We want to work with companies developing new techniques,” she said. Whichever firm wins the contract “will have a great influence on how they do the heating”.

The spokeswoman added, “this path is mainly for commuters. It is a beautiful protected area, and that is the reason we wanted to do this. We don’t want to use salt there to keep it snow-free.

“There was a lot of fear that frogs in the road would want to stay there, but we will follow the impact on the smaller animals very closely.”