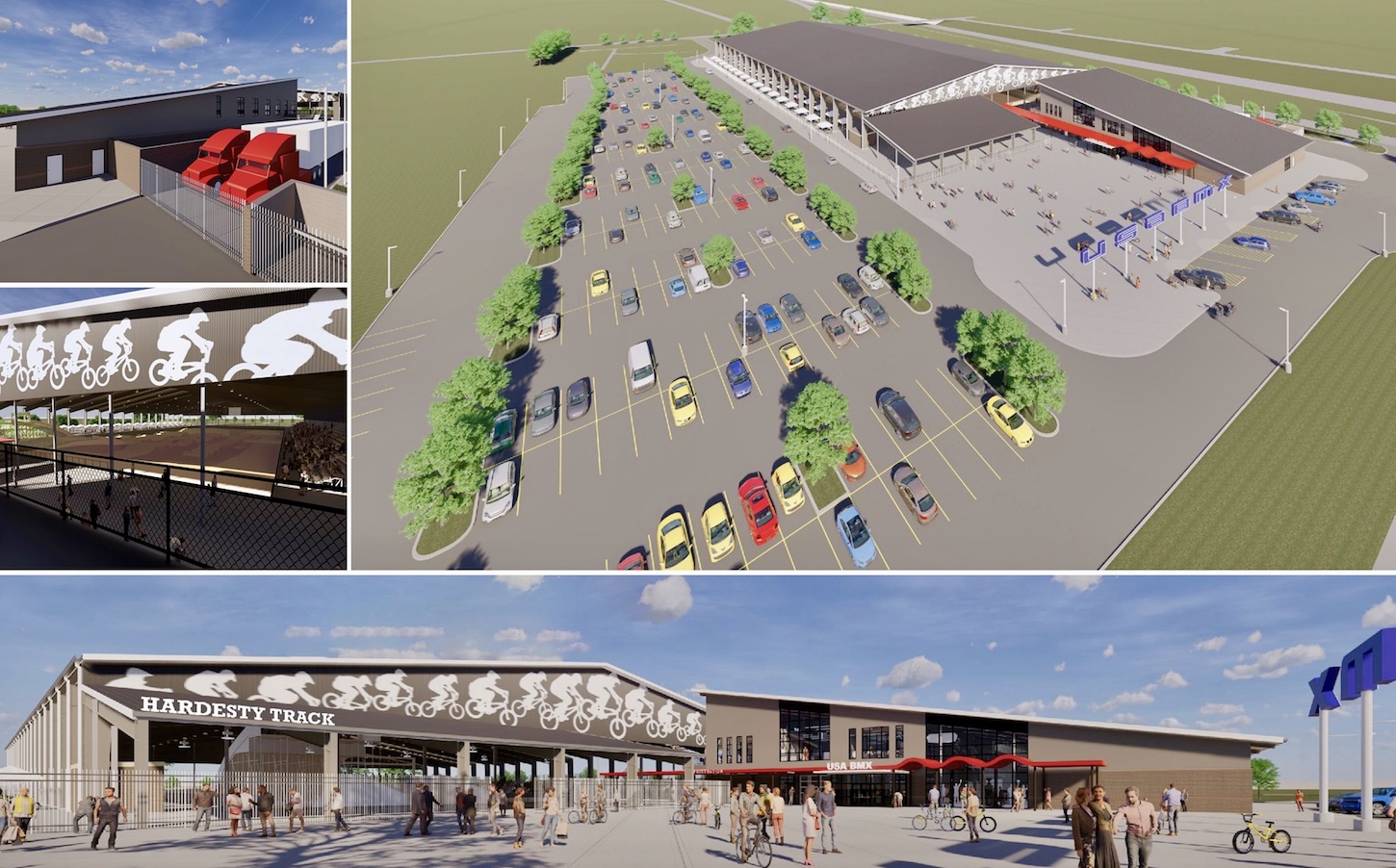 USA BMX and elected officials in Tulsa, Oklahoma celebrated the groundbreaking of a new national headquarters and arena in the city’s historic Greenwood District over the weekend.

Funded by voters through their approval of Vision Tulsa in 2016, the City will construct a new National Headquarters, Hall of Fame Museum, and the Hardesty National Track Stadium containing both an Olympic-caliber and Amateur Track. Once complete, USA BMX – currently located in Gilbert, Arizona – will formally make Tulsa its home by relocating its headquarters and Hall of Fame museum to the former Evans Fintube site.

“This is an exciting day for Tulsa as we begin construction on a world-class attraction in the Historic Greenwood District,” said Mayor G.T. Bynum. “Today’s groundbreaking marks the start of a project that will transform a former brownfield site into the national headquarters of an Olympic sport and bring more than 100,000 visitors in the first five years alone. And building USA BMX’s headquarters here, in the Historic Greenwood District, has the potential to achieve a vision of community-led development that Greenwood community leaders have worked for years to realize.”

The City and USA BMX recently signed a 30-year lease agreement with two ten-year renewal options, solidifying this partnership for the next half century.

“USA BMX is proud to continue our long-time partnership with the city of Tulsa,” said B.A. Anderson, CEO of USA BMX. “Today’s groundbreaking symbolizes a vision becoming a reality because of the tireless effort and support from various organizations who believe in the future of youth and the future of BMX.”

The USA BMX facilities will be constructed on the north end of the Evans Fintube site, and will include a 2,000-seat Hardesty National Track Stadium, an adjacent USA BMX Headquarters building, USA BMX’s National Hall of Fame, and an approximately 300-space parking lot. The City is expected to see more than 100,000 visitors attend more than 100 local, state, and national events in the first five years alone, generating nearly $11 million in economic impact for the City of Tulsa.

Councilor Hall-Harper said, “The BMX development of the Evans Fintube site in the Historic Greenwood District represents the opportunity to grow and share the history of Black Wall Street with visitors throughout the country and abroad.”

This project was made possible through a unique partnership among the City of Tulsa, Tulsa Parking Authority, and the Hardesty Family Foundation. Together, this partnership provided an additional $8 million in funding for USA BMX’s headquarters for a total budget of $23 million – ensuring that the facility will be world-class upon its completion. The Hardesty Track will be named in honor of the Hardesty Family Foundation’s gift of $1.5 million.

“The Hardesty Family Foundation is very excited to help bring the BMX headquarters, Hall of Fame and a premier racing facility to downtown Tulsa,” said Michelle Hardesty, (Executive Director). “We feel this contribution will directly and indirectly serve our community in the most profound way. The STEM outreach component is going to spur racing enthusiasm through hands-on teaching and track modeling programs, and the excitement and energy the track will bring to the community will be something Tulsan’s can enjoy for years to come.”

About the Site
In July 2017, officials announced Evans Fintube as the preferred site for USA BMX’s national arena and headquarters. The Evans Fintube site was a key area included in the Brownfields Area-Wide Planning Pilot Grant from the Environmental Protection Agency (EPA) to facilitate redevelopment through specific strategic initiatives that would address both environmental and development issues at critical sites in North Tulsa.

About USA BMX
Founded in 1977, the American Bicycle Association (ABA) is the world’s largest BMX racing organization, with over 70,000 members racing at more than 320 sanctioned tracks across North America. United States operations are conducted under the brand USA BMX and Canadian operations are known as BMX Canada. For more information or to find a track near you, visit www.usabmx.com.

About Vision Tulsa
Vision Tulsa, an $884 million sales tax renewal package approved by voters in 2016, is making substantial investments in economic development, education, public safety, streets, and transportation needs citywide. With citizen priorities providing the driving force behind the creation of Vision Tulsa, transformative projects and enhancements are setting the stage for a bright future for Tulsa.