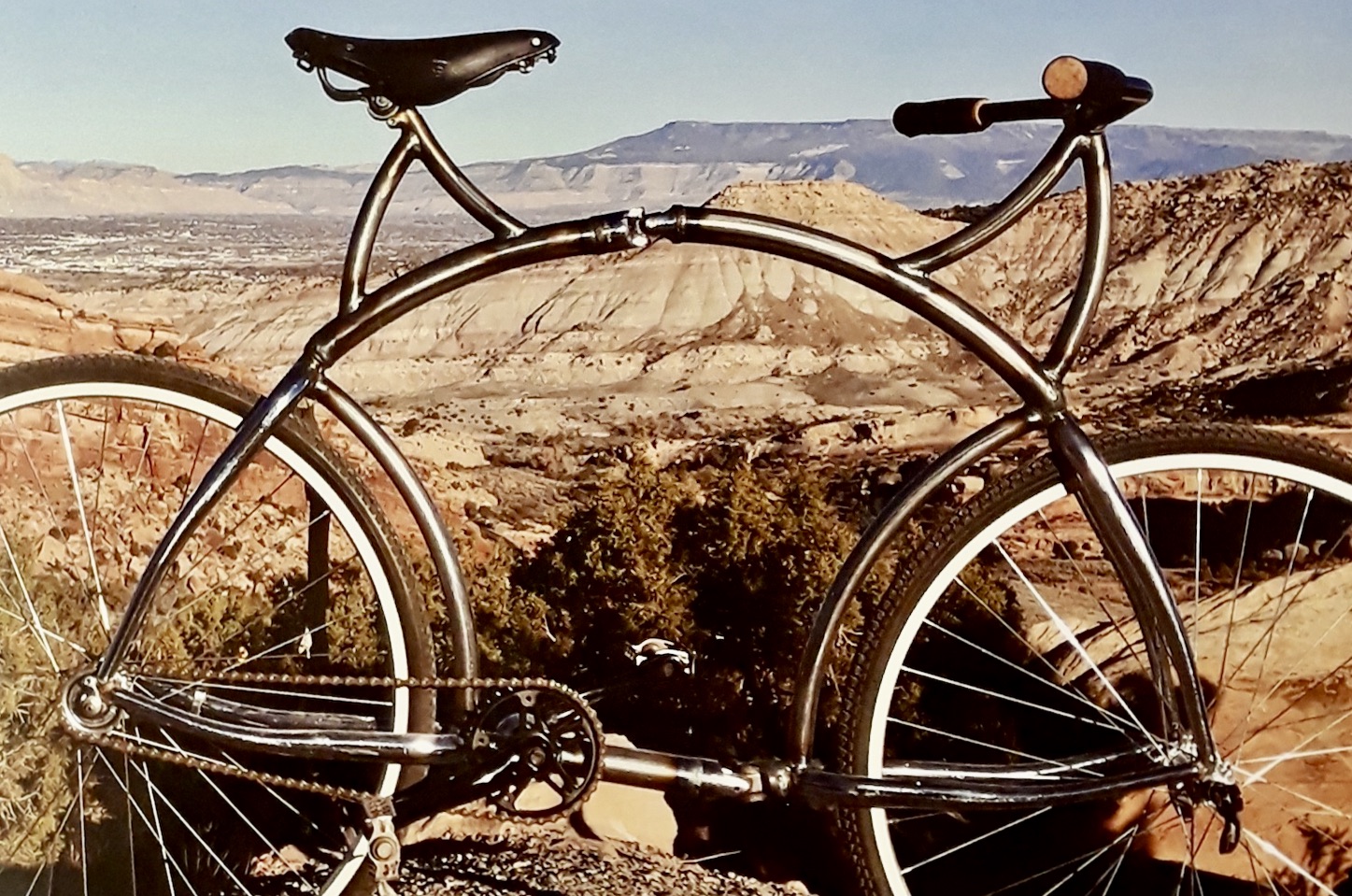 A new book titled Grand Junction celebrates the city’s cycling heritage with a collection of stories, pictures, artifacts and memorabilia culled together by Chris Brown, the owner of Brown Cycles in downtown Grand Junction.

“Everybody has a bike story.”

Brown’s research over five years turned up that half of the buildings, streets, and town founders had cycling roots dating to 1888. He especially treasures the stories from the 1940s for some of the city’s older cyclists.

“We share the same roads and experiences, just 80 years later,” Brown said. “They were doing the same dumb stuff that we do today on our bikes — and they made it.”

“Sam McMullin won a bike race on Main St. in 1897 and then was poisoned to death in 1946 for marrying another cyclist’s girlfriend,” Brown said. “Lester Jones used to frequent my shop for bike repairs and was referred to by the service staff as, ‘The Guy That Could Just As Easily Kill A Man.’ Ten years later (2010) he was convicted for the Paige Birgfeld murder. Always trust your inner tube (guts).”

Brown wrote Grand Junction for three audiences: cycling enthusiasts, older folks interested in history, “and to some kid in 100 years that loves to ride and wants to know how we used to do it. I’m here for you, buddy. Keep pedaling.”

The book project also motivated the city’s musical director to write a bicycle opera that was scheduled to debut this summer but was postponed until next summer because of the COVID-19 pandemic.

“Isn’t it amazing that nobody has ever written Bicycle, The Musical?” Brown said.

While the bike boom has meant busy times for Brown Cycles — which has the same sales numbers year-over-year “with almost zero (bike) inventory,” Brown said — he managed to find time for the book.

“There is always time for special bike projects,” he said. “It’s called night. You can sleep when you’re dead.”

Grand Junction can be purchased at Brown Cycles for $59.99 and shipped for $10.