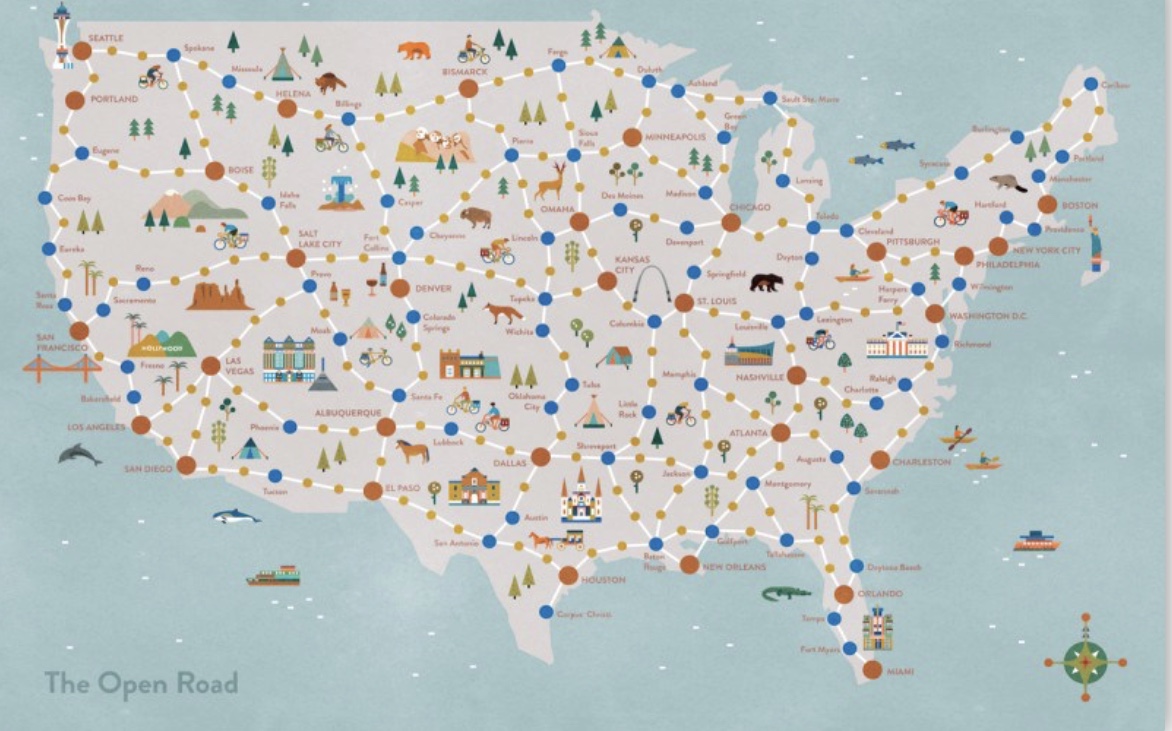 The heck with Parcheesi, there’s a new board game out and it involves cycling!

The Open Road is a strategic game designed to simulate cross-country bicycle trekking in the United States. The game begins with each player drawing “Route” cards to determine their start and end points.

Each player starts with a number of “Energy” and “Money” cubes. Money can be exchanged for Energy, and Energy is expended to move across the board towards the opposite coast.

“Playing Cards,” which can be drawn during a player’s turn, determine some of the experiences each player encounters along the route, such as gaining extra money, a better tent, headwinds or a mechanical failure and more.

The first person to make it to the opposite coast wins, and the game is designed to be played with 2-4 people. More instructions and examples of gameplay can be found through a series of short videos on The Open Road’s the Kickstarter page.