CapoVelo.com
CapoVelo.com - - New Cycling Board Game "Visions of Rainbows: The Race for the Champion’s Stripes”
79925
post-template-default,single,single-post,postid-79925,single-format-standard,no_animation

New Cycling Board Game “Visions of Rainbows: The Race for the Champion’s Stripes” 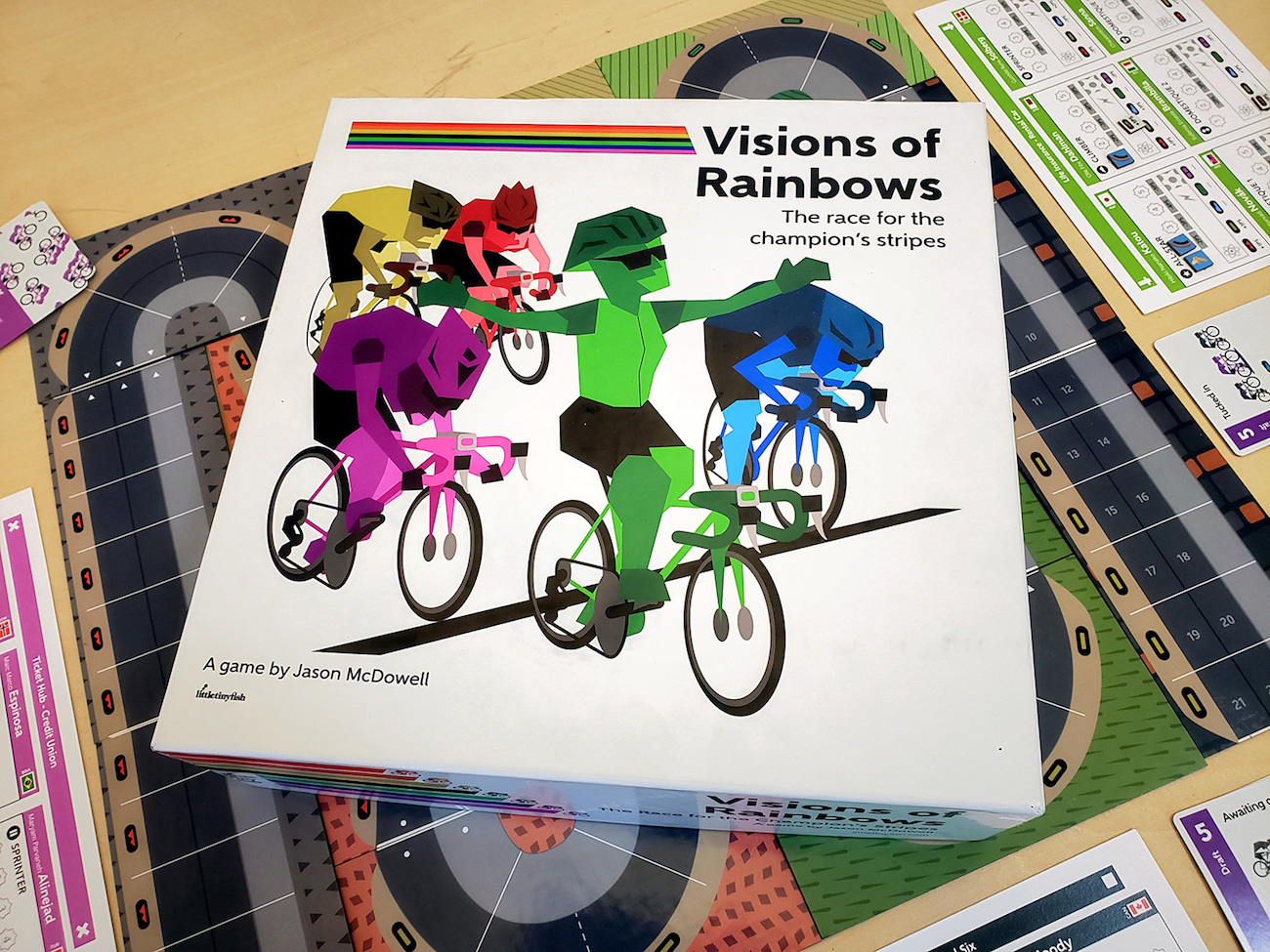 “Visions of Rainbows: The Race for the Champion’s Stripes” is a bike-racing themed board game by designer Jason McDowell, who hopes to Kickstart the first edition in early 2020. In the game, players must maneuver their team of racers around a fully customizable course, pushing and pulling opponents along the way.

McDowell hopes to fund the initial production of the game through the fundraising platform, Kickstarter, and is looking to attract at least 300 pledges to see success. The kickoff begins January 11, 2020 and will conclude a month later on February 11.

To win, a player must balance the multiple challenges: choosing an Action card to move the maximum amount of racers, navigating different types of terrains (flats, mountains, descents and sprints), deciding whether to go hard and take damage early or save your legs for later, and catching the draft of other riders while choosing the right moment to break away.

The game is not won by the first rider to cross the finish line (though it helps); time is aggregate and whichever player’s team finishes in the shortest amount of time wins.

The game received positive reviews from Everything Board Games’ Dane Trimble, saying, “After several plays I still feel like I have a lot to learn about the strategy of this game, and I have a feeling that won’t change any time soon. It reminds me a lot of Chess in that way.”

Visions of Rainbows has a minimalist design, with cards that are uncluttered, understated, and easy to understand. The “game board” is less a singular board and more of a series of tiles that allow you to customize the race course for different lengths and terrain challenges. Each player’s team has specialist riders that benefit (or suffer) depending on the types of terrain.

Strategy and chaos interplay well throughout the game; getting your riders into the correct position may sometimes feel like a Sisyphean task, because your opponents will be pushing and pulling them down the road. But there are plenty of ways to work together for mutual benefit. Riders will also have to navigate through random events, such as flat tires, crashes or bad weather. Some of this can be mitigated through special tactics cards.

The game accommodates between 3 and 7 players and plays in about 2 hours.

Visions of Rainbows is a racing simulation that was designed by a fan of the sport and a fan of board gaming in equal measure. The theme is comprehensive and colorful enough to please enthusiasts of the sport, but game-play is still deep enough and fun enough for all types of people.