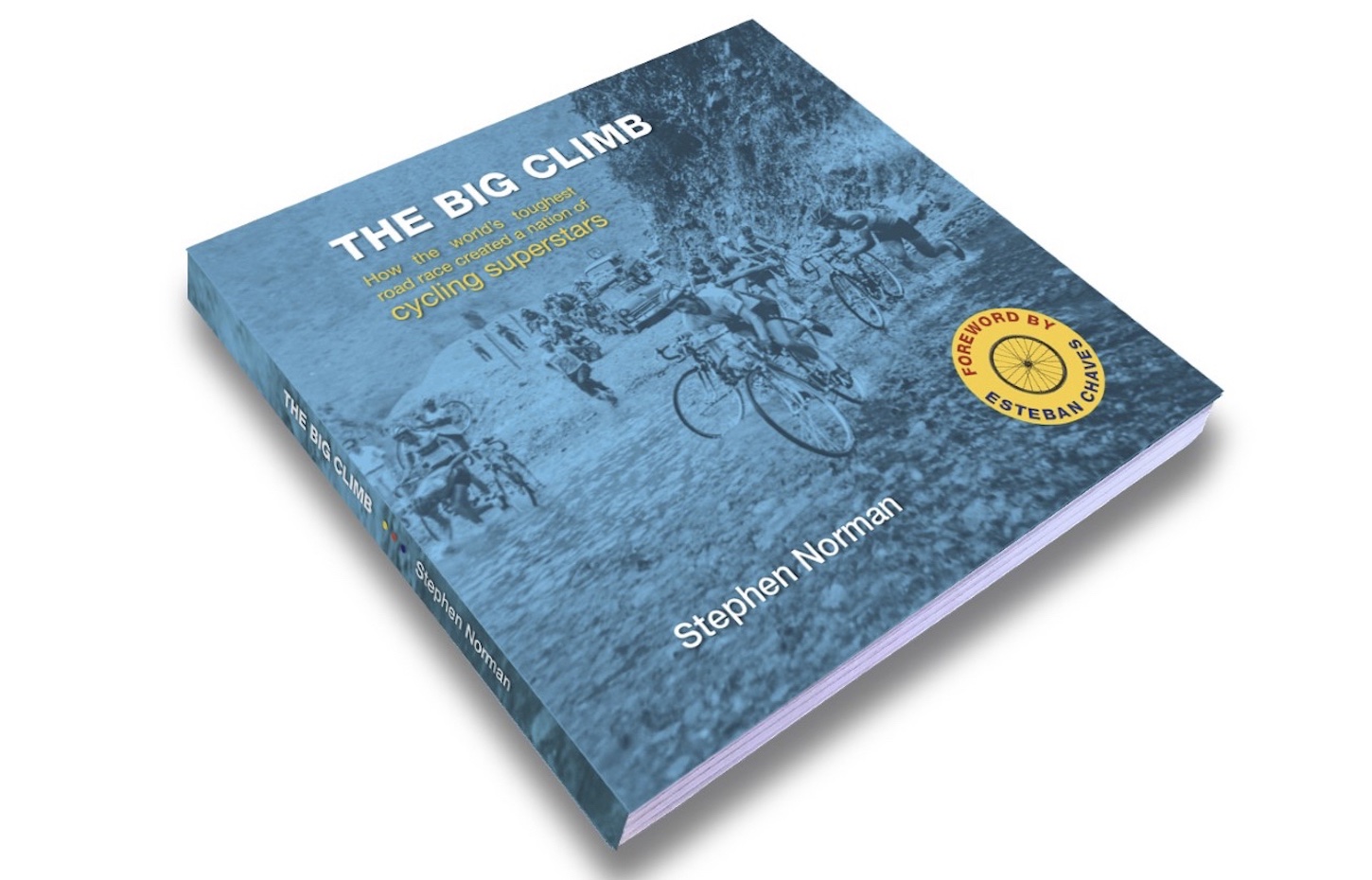 The definitive guide to the ascendancy of Colombian road cycling is published today and available on Amazon. “The Big Climb” or “how the world’s toughest road race created a nation of cycling superstars” is the work of novelist and cycling enthusiast, Stephen Norman. The nation is Colombia, and the race is the Vuelta a Colombia, which has been run annually in Colombia since 1951.

Norman intended to write a thrilling novel set over the three weeks of a Grand Tour. During his research, he was struck by the success of the Colombians. Young Colombians have won the Tour de l’Avenir four times in nine years, and have recently won every Grand Tour, culminating with Egan Bernal’s victory at this year’s Tour de France. Norman set out to discover their secret.

In ‘The Big Climb’ he reveals the answers. In 168 beautifully illustrated pages, the book tells the story of the origins of the Vuelta a Colombia and how that race and the sport of road cycling, gripped the psyche of the Colombian nation during its troubled and violent history. Beginning in 1950, the book follows the physical challenges and dangers of racing across the Andes, over climbs twice as high and long as any Alpine climb.

The book lifts the curtain on the darker side of the sport and its attraction to Colombian drug-traffickers like Pablo Escobar and José Gilberto Gacha, “the Mexican”. Escobar loved to watch the races so much, that he built a private velodrome. His brother Roberto was an elite cyclist, who won 17 major events. The book explains, with interviews not previously published outside Colombia, how performance-enhancing drugs originating in Europe have had a huge, and almost disastrous, impact on the sport.

The history is lavishly illustrated with maps, 3-D charts and infographics. It contains photographs taken by Horachio Gil Ochoa, a cycling aficionado and professional photographer who spent almost 40 years meticulously recording the sport from every angle: riders, machines, spectators & mechanics. Norman and his collaborator Pamela Gowland discovered a treasure trove of Ochoa’s images in a Medellin library archive, and 134 of the best are reproduced in the book.