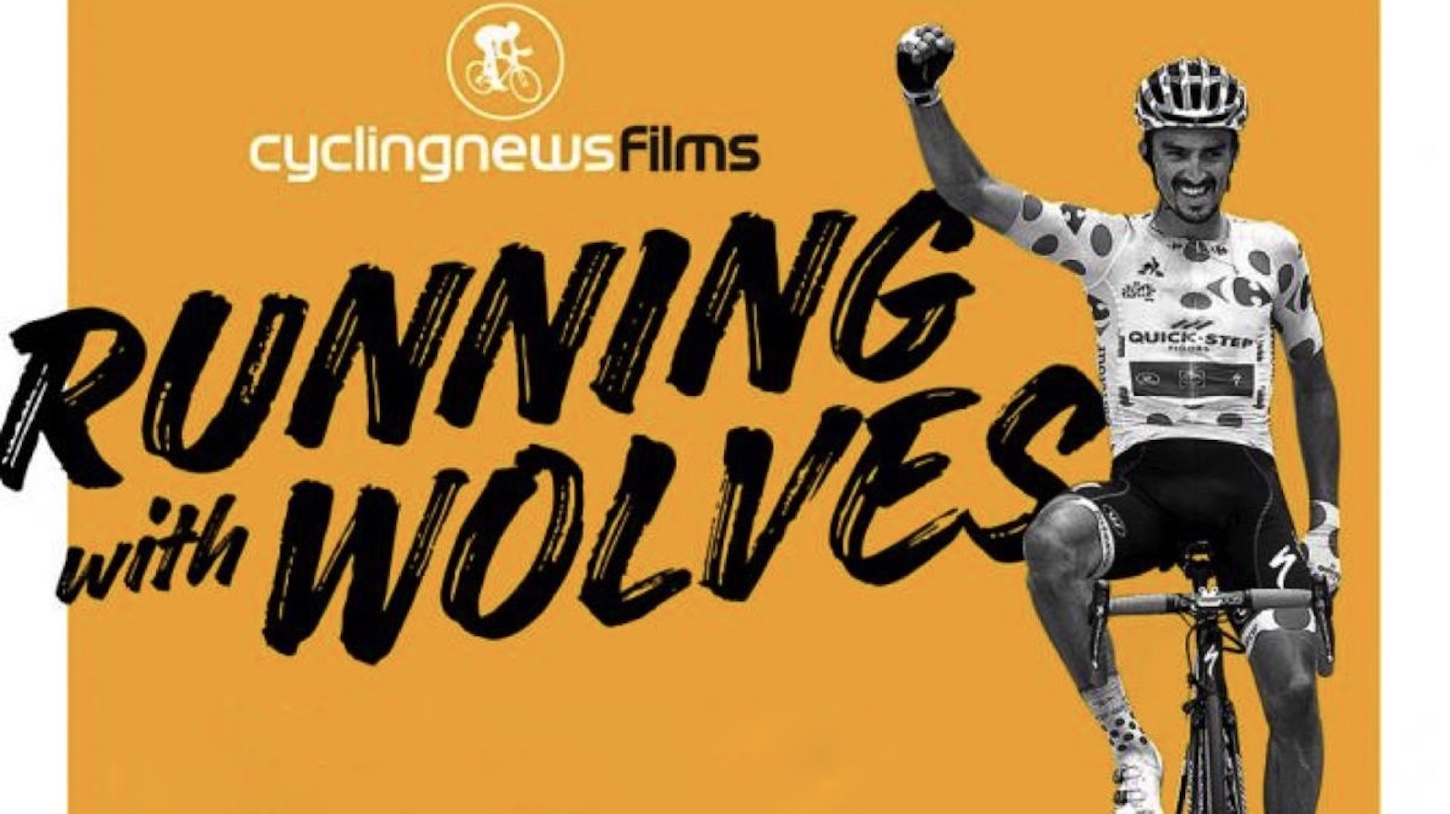 The new cycling film, Running with Wolves, goes behind the scenes at the biggest bike race in the world, the 2018 Tour de France, with the most successful team this year, Quick-Step Floors.

The British cycling publication, Cyclingnews, was granted full access to Quick-Step Floors, a team that call themselves ‘The Wolfpack’, to follow its riders and staff throughout the three weeks of the Tour, with interviews and behind the scenes footage as the team battled it out in the biggest and toughest sporting event on the planet.

The film captures Fernando Gaviria’s Tour debut and his double stage wins and as veteran riders Niki Terpstra and Philippe Gilbert switch between their duties to support the team as well as hunt stages.

There’s also GC hopeful Bob Jungels and his quest to break into the top 10, and, of course, French superstar Julian Alaphilippe, whose swashbuckling style and desire to animate the race proved to be one of the standout stories of this compelling Tour de France, as he secured two stage wins and the coveted polka-dot jersey as the race’s best mountain climber.