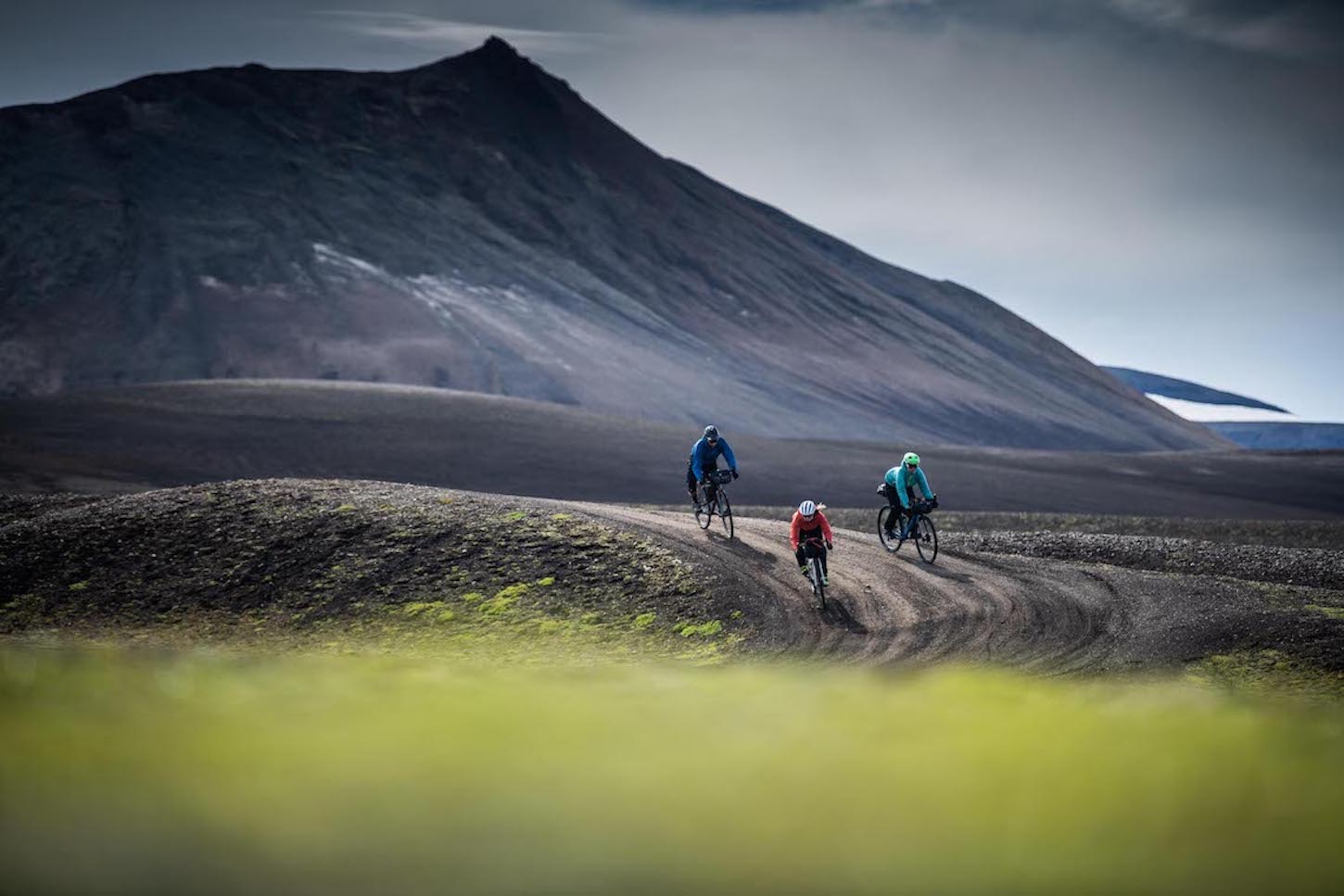 Elements is a stunning new short film by Sam Needham and company that follows three friends as they set off into the depths of Iceland to explore the finest gravel the country has to offer.

Set over a single audio track, Sam Needham and Will Evans let the breathtaking scenery of Iceland speak for itself in their new short film. Elements beautifully captures the landscape while revisiting the fleeting moments from their trip along Iceland’s endless gravel roads.

The riders in the film include Rach Walker, Hannah Jepsom, and Toby Pantling.

Watch it below, and then scroll down to find a poem by Sam, details about each of the three bikes used in the film, and an amazing photoset by Roo Fowler.

Burning torrents made foundations cast,
Too bright to view ; hot to touch
They’ve overlooked the passing of time,
Immortalized by maps, we ride the dotted line.
Fire.

The sky is falling ; The rivers rising
Lapsing of time, sees a carving line,
Valley to valley, beginning to end,
Crossing of water is onward journey’s friend
Water.

Our faces tight, eyes wide shut,
Gale upon gale, winds of change,
We braced, one step by one,
This land weathers, age after age.
Wind.

Now before us, now beneath us,
Surrounds us, teases us,
Greens, reds and the deepest of blacks
The crunching of gravel steep through flat,
Earth

Vaster than vast,
Onlookers adored, taken aback,
Heights to behold and stories to be told,
This is a telling, a fable for old,
Elements

Whilst many have ridden Iceland’s gravel roads on all varieties of bikes, we opted for gravel bikes. We knew the roads wouldn’t be technical as such. We also knew there would be singletrack lurking off the beaten path. Gravel bikes gave us the best option of rolling fast and covering the miles, and also nipping onto some of the paths less ridden as we found them.

Though all three of us opted for gravel bikes, we each chose a different bike and had slightly different bag setups. As the team were supported by Hope, each bike was built using Hope 20.Five wheels on Hope Hubs, Hope Cranks, Hope carbon seat posts, and Hope RX4 calipers paired with Sram levers for durability. The differences lay in the other details.