A New Discovery in Nanotech Leads to “Cyclestar” Chain Lube 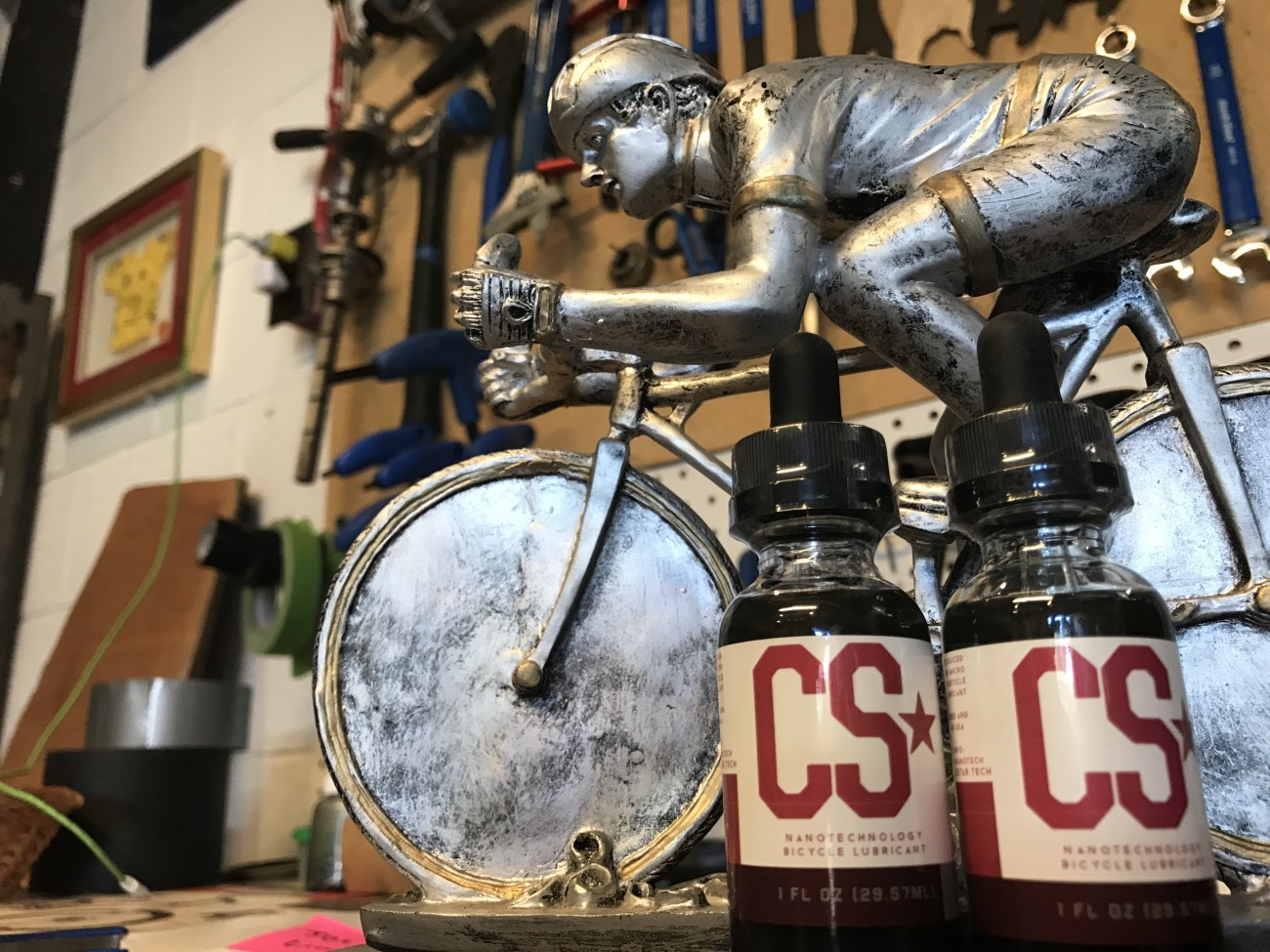 Researchers at North Carolina State University have discovered a new nanotech chain lube, that they claim not only yields better performance over current products, but is better for the environment as well.

Given the name Cyclestar, the new nanotech lube uses nano- and micro-sized particles produced by laser, which are infused in lightweight oil.

The process for creating the tiny particles was patented by NCU professor Jay Narayan. The company says the laser-cut process produces hard particles of a very specific size that optimizes bonding with metallic surfaces like chains. The particles bond to the metal and create ball-bearing-like lubrication between parts.

The product is now available consumer direct, but Cyclestar hopes to soon sell its product through independent bike dealers.

Cyclestar’s parent company, Star Nanotech, is looking to commercialize the process in several markets, including automotive, aerospace and firearms, said Jonathan Crawford, who is director of the bike-related business.

Crawford previously worked in the bike industry for about 20 years, first as a tech rep for Nashbar and Performance Bike and later as a retailer in California and North Carolina.

Although the brand does not have lab friction test results available, Crawford said he’s confident the lube reduces chain friction as much as some wax-based chain treatments that have become available in recent years. He said the nanotech lube, which contains no wax, is easier to apply. It works best when applied to a clean and degreased chain, but it also can be used on a chain that is already lubed with another product.

The lube has been endorsed by Jim Felt, the founder of Felt Bicycles, as well as by former pro racer George Hincapie, which is currently being used by the Holowesko-Citadel-Hincapie cycling team.

Cyclestar currently offers one product: a 1-ounce bottle of the chain lube, with an eye dropper, retailing for $40.

The retail price is high but Crawford said the bottle will last as long as a standard bottle of most other lubes, because nanotech requires a very small amount — about half an eye dropper per chain.