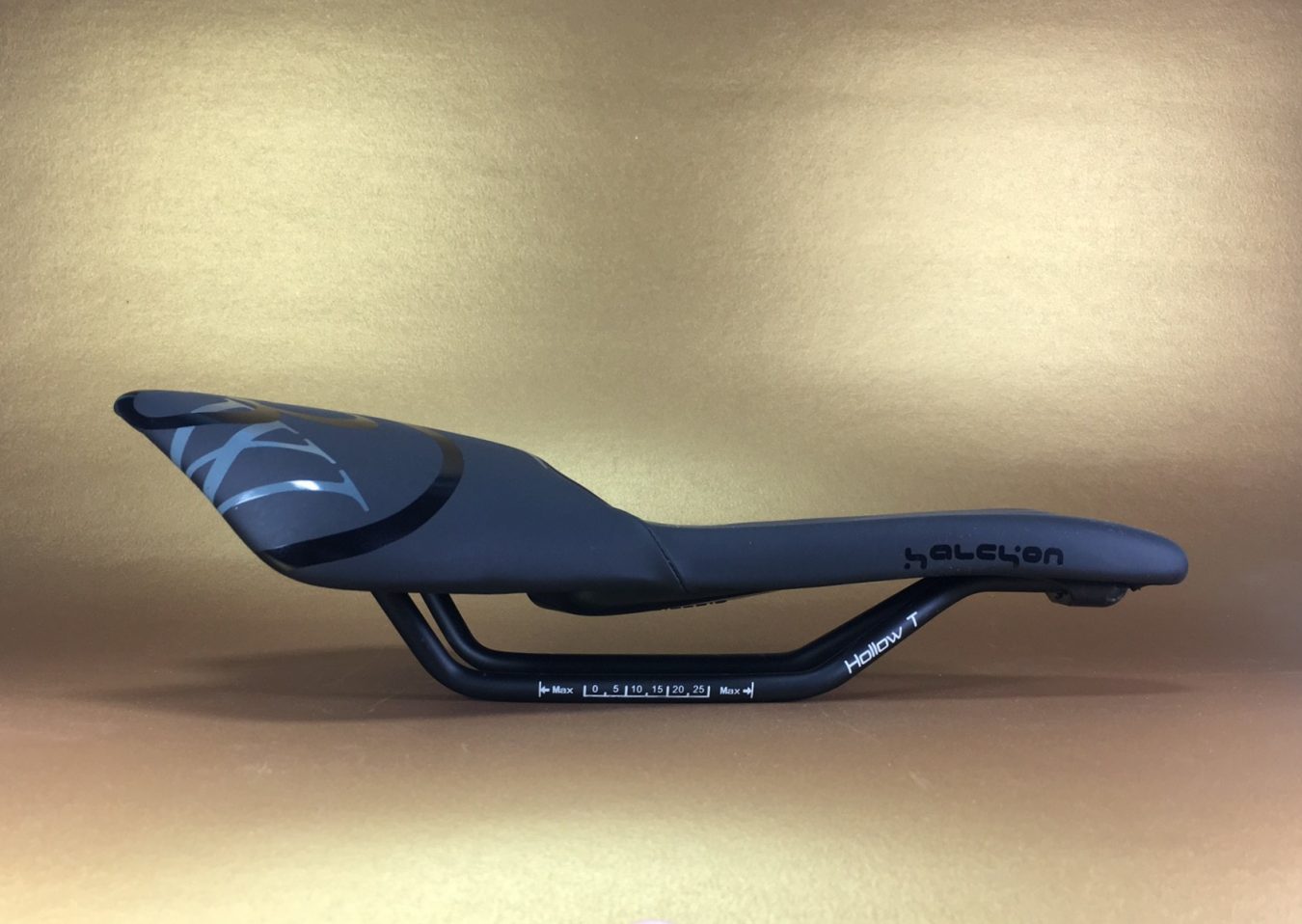 New-fangled might be the first thought that enters a person’s mind when they initially ogle 3 West Design’s new Halcyon saddle, but the American brand professes that there’s a good deal of science behind their design.

Indeed, according to 3 West Design, its patented mid-saddle drop design is aimed at alleviating pressure on soft tissue by better distributing weight, wherein the tail section of the saddle is angled forward in order to rotate the rider’s hips for better pedal rotation, while simultaneously stabilizing the spine.

Additionally, the Halcyon comprises what 3 West Design calls its Comfort Surface, which is a soft padded insert that runs along the entire length of the saddle’s nose that culminates into a V-shaped notch that’s designed to allow the rider’s perineum to maintain its normal shape.

“Concentrating the cyclist’s weight on the sit area and putting no pressure against the soft tissue is the hallmark of our saddle”, says 3 West Design’s founder Jon Marceleno.

Given its generous size and tech features, the Halcyon tips the scales at a respectable 252g, thanks to its hollow titanium rails.

The Halcyon sells for $155, which can be purchased directly from 3 West Design.

The Halcyon is our new offering for cyclists who prefer a flatter saddle. We marry our patented 3/4″ mid saddle drop with a new softer Foam Insert which is the backbone of the Comfort System. Now your Perineum and Soft Tissue rests on a pillow soft area of comfort. Halcyon comes with a maintenance free cover which now has a narrow top saddle grove. We finished the saddle with a black, lower profile set of Hollow Titanium Rails. Note this saddle will only accept seat posts with a clearance of 15mm or lower, ideally side clamp seat posts will work just fine.  Overall weight 252g.