New Illustrations Pay Homage to the Champions of Paris-Roubaix 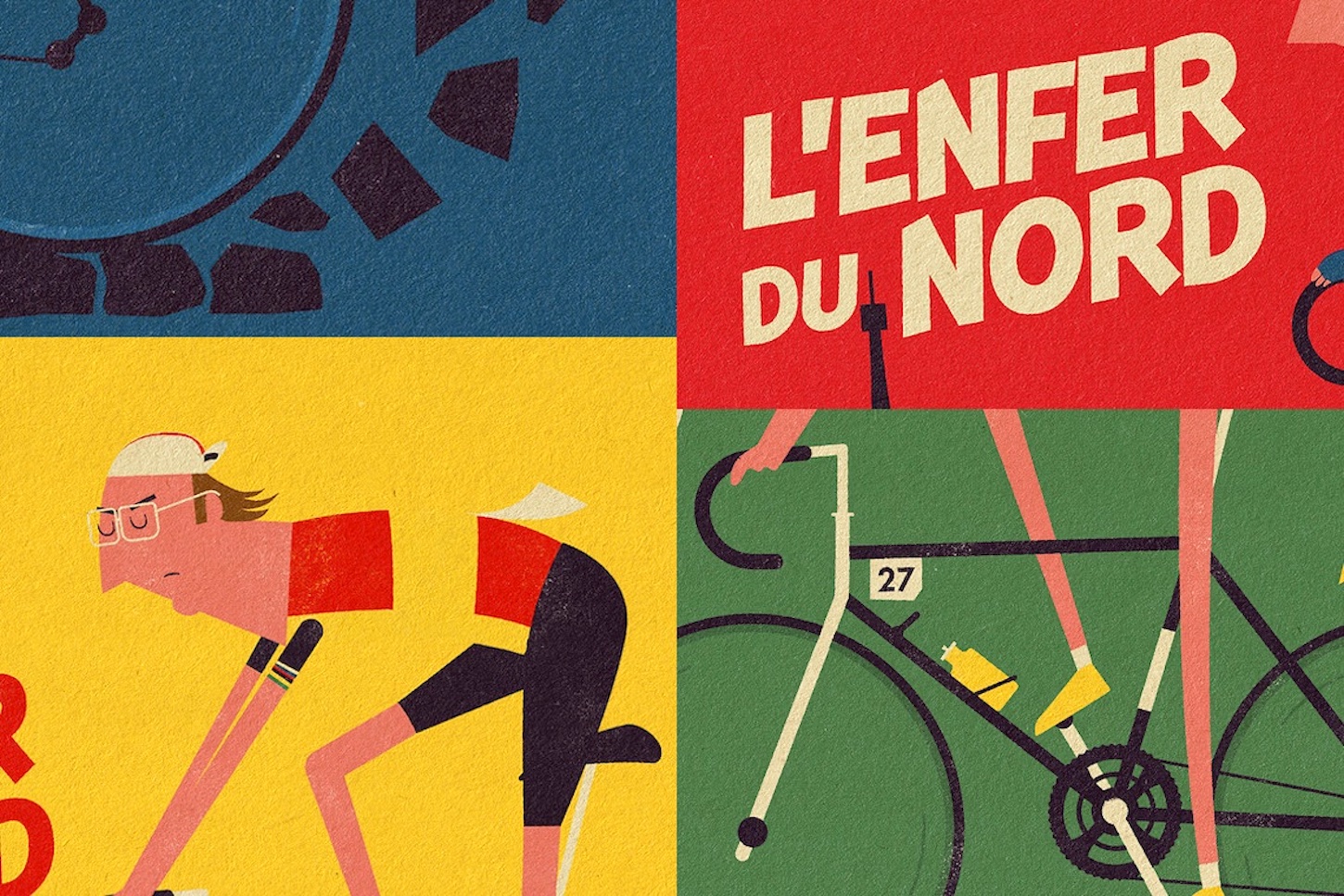 Holland’s Studio Grinta pays homage to the great champions of Paris-Roubaix with a series of new illustrations that regal the likes of Roger De Vlaeminck, Jan Raas, Eddy Merckx and Sean Kelly who’s palmares are inextricably link with winning the Hell of the North.

In the case of Jan Raas, while he only won Paris-Roubaix once, the Dutch rider saw a record five victories in the Amstel Gold Race, as well as wins in Milan-San Remo, the Tours of Flanders, Ghent-Wevelgem, Paris-Brussels and the World Championships.

Of course no celebration of Paris-Roubaix would be complete without the mentioning of Eddy Merckx, who won the One-Day Classic three times in 1968, 1970 and 1973.

Lest for forget Sean Kelly, the only Irish rider to win the fabled race, not once, but twice in 1984 and 1986, along with victories in other Classics such as Liège-Bastogne-Liège and Milano-San Remo twice.