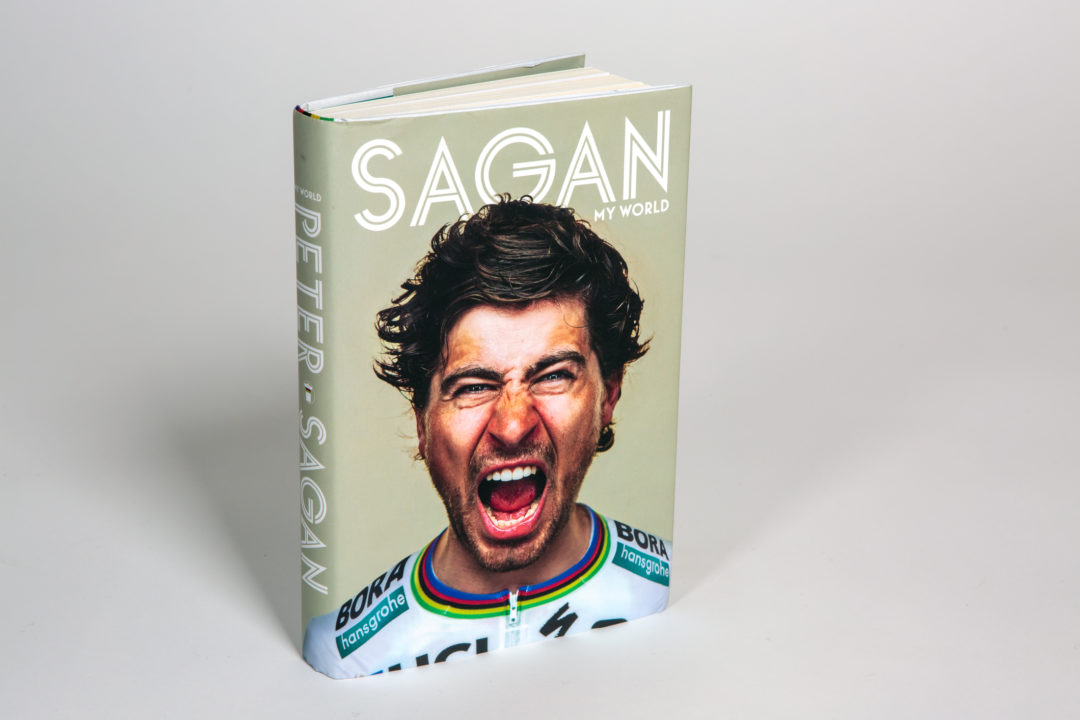 In his new memoir My World, Peter Sagan, cycling’s top rider and favorite personality, shares his bike racing journey with fans. The 3-time world champion and 2018 Paris–Roubaix victor takes readers behind the scenes of his professional cycling career, revealing the full extent of his dedication to competition and his determination to win. My World is available now in bookstores, bike shops, and online.

What motivates the man they call the Tourminator? How does he approach a sprint? What’s his take on the other guys in the peloton? With unwavering honesty and characteristic humor, My World reveals the man who has lit up the world of professional cycling. Readers learn about Sagan’s relationships with other racers, his heroes and inspirations, and how he copes with the expectation of success. He shares technical details about his preparation, dissects the art of the sprint, and illuminates the tactics that play out during a fiercely competitive race.

Thanks to his flair in the saddle and peerless charisma with the media, Sagan has quickly become the most prominent ambassador for the sport.

“If cycling’s new era has a spirit animal, it is Peter Sagan,” said VeloNews magazine’s European correspondent, Andrew Hood. “Sagan is undeniably the coolest thing going in the pro field. He’s a hero for the post-modern age, at once a throwback and disruptor, someone who can break the mold while simultaneously paying tribute to the versatility of past legends.” Sagan says, “Wearing rainbow for three consecutive years has been a thrilling, life-changing experience and I can’t wait to share the entire story with my amazing fans who have travelled the globe to cheer me on.”

You can preview the book at velopress.com/sagan.