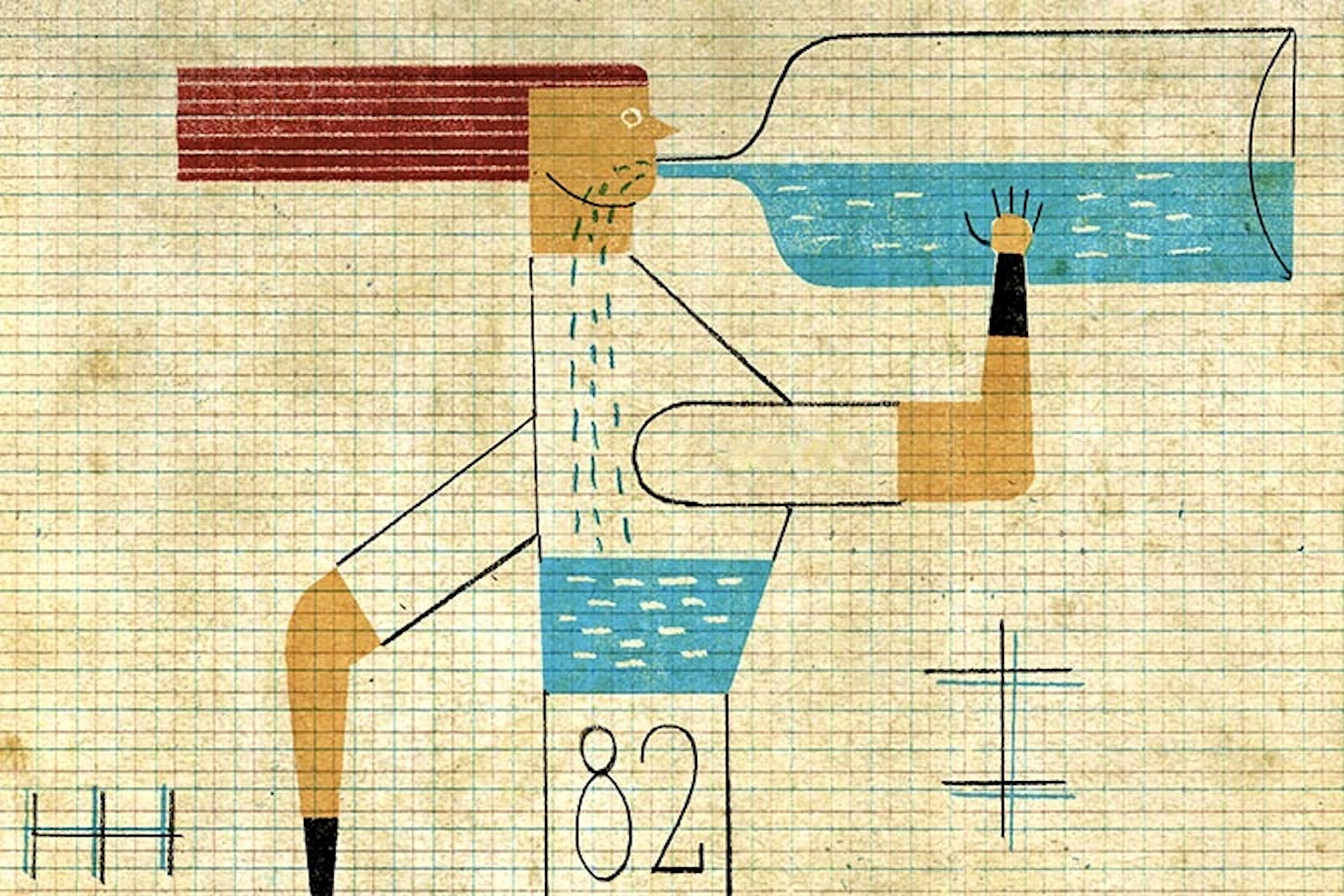 Electrolyte supplements popular with cyclists and endurance runners can’t be relied on to keep essential sodium levels in balance, according to researchers at the Stanford University School of Medicine and their collaborators.

Rather, longer training distances, lower body mass and avoidance of overhydration were shown to be more important factors in preventing illness caused by electrolyte imbalances, the researchers found. Their study also showed that hot weather increased the rates of these types of illnesses.

“Electrolyte supplements are promoted as preventing nausea and cramping caused by low salt levels, but this is a false paradigm,” said Grant Lipman, MD, professor of emergency medicine at Stanford and director of Stanford Wilderness Medicine. “They’ve never been shown to prevent illness or even improve performance — and if diluted with too much water can be dangerous.”

Lipman is the lead author of the study, which will be published online Feb. 25 in the Clinical Journal of Sports Medicine. Brian Krabak, MD, a sports and rehabilitation medicine specialist at the University of Washington-Seattle, is the senior author.

Lipman and several of his co-authors are experienced at providing medical care for cyclists and ultramarathoners and compete in ultramarathons themselves, so they are familiar with the challenges the athletes face. Ultramarathons are any foot race longer than a marathon. The idea for this study grew out of seeing firsthand how often endurance athletes use electrolyte supplements — whether taken in pill, powder or liquid form — and wanting to know if they prevented illness.

“In the past, athletes were told to make sure they’re taking electrolyte supplements and drinking as much water as they can,” Lipman said. “It was generally thought that that would prevent things like muscle cramping, electrolyte imbalances and dizziness. But there is currently no evidence to show this is true.”

Sodium levels that are too high or too low during exercise can harm athletes. This study focused on two conditions: hypernatremia, which occurs when sodium levels are too high and is associated with dehydration, and exercise-associated hyponatremia, or EAH, which is caused by a drop in sodium levels. EAH can lead to altered mental status, seizures, pulmonary edema and even death. There have been 14 such documented fatalities since 1985, according to previous studies.

“Most athletes worry about dehydration, but that won’t kill you,” Lipman said. “There have been multiple deaths from EAH, not only among endurance athletes but among military, football players and half-marathoners, as well.”

To conduct the study, researchers recruited 266 ultramarathoners from RacingThePlanet’s weeklong athletic events, which involve running 155 miles over seven days across rough terrain in extreme weather conditions at different deserts around the world.

“It’s the perfect outdoor lab for easily generalizable results,” said Lipman, who is on the medical advisory board and is research director for the events. Each of the study participants ran in one of five different races held in 2017 and 2018 in South America, Namibia and Mongolia. Data was collected on the fifth day of the event, when the athletes ran 50 miles. Ninety-eight of the runners competed in temperatures that averaged over 93 F.

“It’s a bit crazy,” said co-author Patrick Burns, MD, assistant professor of emergency medicine at Stanford and a participant in the trial, who completed one of the colder races — held in the Patagonia region of Chile. “The race started at 8 a.m. and I finished at 8 p.m. We ran trails through the woods with thousand-foot climbs and multiple river crossings up to your waist. It was cold and overcast and raining. I was soaked. My Achilles tendons were on fire.”

Data was collected from athletes at the beginning and end of the 50-mile race, when the exhausted, thirsty participants finally crossed the finish line. Prior to the race, the participants had been asked what electrolyte supplements they planned to use, how often they planned to take them and what their drinking strategy was — whether they planned to drink at regular intervals or just when they got thirsty. They reported their previous training programs and were weighed in. At the finish line, before hydrating or resting, researchers once again weighed them and asked how closely they followed their plans for drinking and taking supplements. A blood sample was also taken to measure sodium levels.

“People have different strategies in these races,” Lipman said. “Some people take a salt tablet every hour. Some prefer to put the supplements in one water bottle, then alternate with a bottle with just water. Some like a diluted mixture with powder or tablets. There are multiple different methods. However, most electrolyte strategies end up with a drink that has a lower sodium concentration than what is found in the body. This is why drinking too much electrolyte solutions can result in EAH. “

Sodium plays several essential roles in the body, such as maintaining blood pressure and regulating the function of muscles and nerves. Keeping sodium levels in balance while exercising is particularly important to prevent a variety of problems, including nausea, muscle cramping, dizziness and fatigue. Both high and low levels can cause these symptoms.

Past evidence has shown that electrolyte supplements don’t protect against EAH. Usually, the disorder is caused by drinking too much while exercising, which dilutes salt levels. “The reality is dehydration is not as dangerous as overhydrating,” Lipman said. “Dehydration and hypernatremia can cause similar symptoms to EAH, which can be easily confused, especially in the heat, but it’s rarely fatal.”

Analysis of the data showed that 41 of the athletes had sodium imbalances by the end of the race: 11 were found to have EAH due to too little sodium, and 30 were dehydrated, with too much sodium in their blood. Also, 88% of the sodium imbalances recorded occurred during the hot races, indicating that heat and hydration levels were far more predictive of sodium imbalances than either the manner or type of electrolyte supplements taken. Each of the participants took supplements, although the type, amount and manner of ingestion showed little to no effect on sodium levels.

“Overhydrating can reduce electrolyte levels, and electrolyte supplements aren’t going to protect you,” said Lipman. “You have to be smart while exercising, especially in the heat when you are sweating more and have greater hydration requirements.”

Further analysis of the data also showed that participants with EAH had, on average, shorter training programs, weighed more and took five to six hours longer to complete the race. Researchers concluded that running in hot temperatures was an independent risk factor for illnesses from sodium imbalances, avoidance of overhydration was the most important factor in preventing EAH, and avoidance of dehydration prevented hypernatremia.

Burns said that this study raises questions about what exactly are the benefits of electrolyte supplements, but he still plans to keep using them during athletic competitions until more research is done.

And, as Lipman said, “Listen to your body. Stop drinking if you feel bloated or nauseous.” Drink to thirst, not at regularly scheduled intervals, he said.