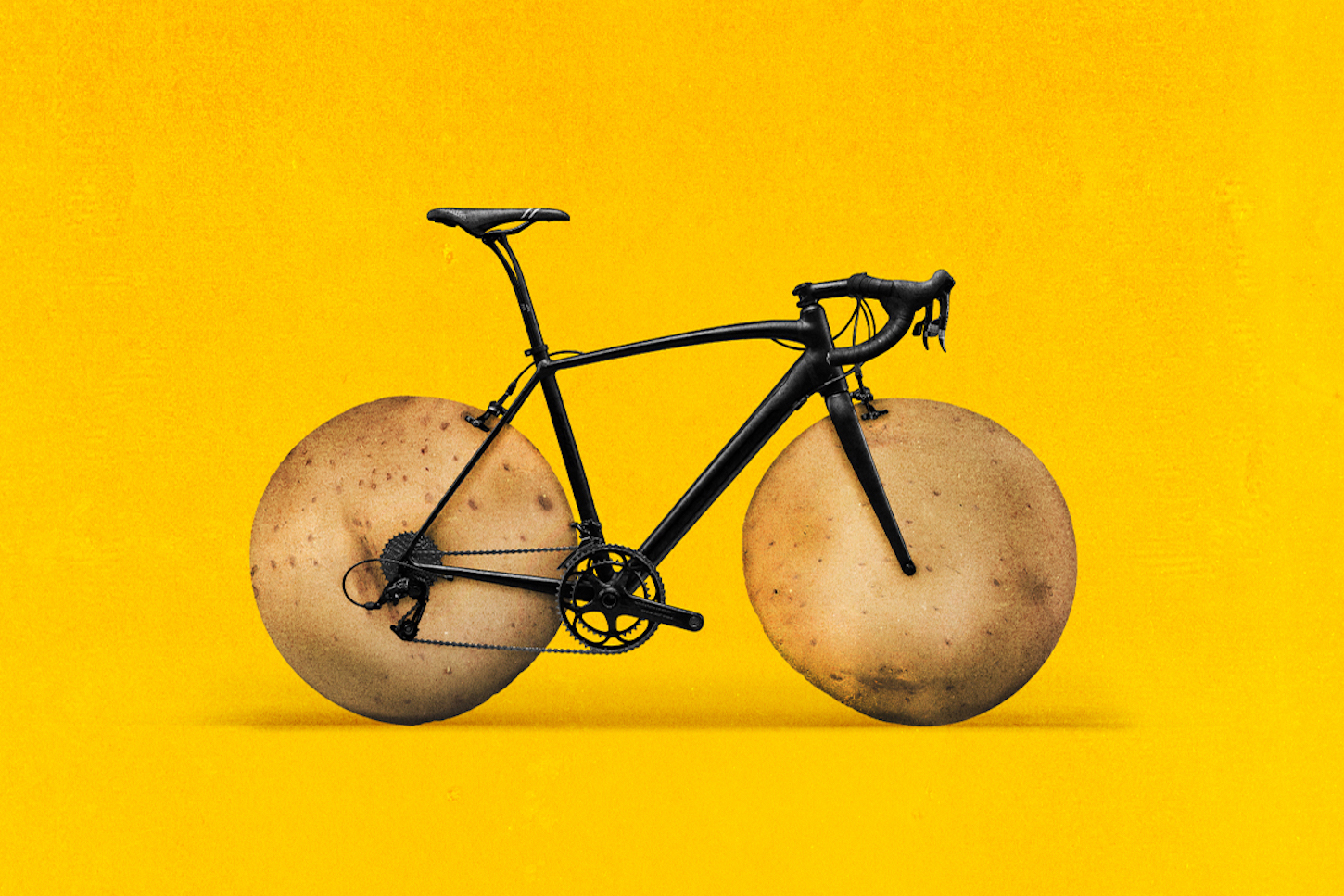 “Potatoes are a promising alternative for athletes because they represent a cost-effective, nutrient-dense and whole-food source of carbohydrates,” the researchers reported in the Journal of Applied Physiology. “Furthermore, they serve as a savory race fuel option when compared (with) the high sweetness of (carbohydrate) gels.”

The scientists recruited 12 participants who were healthy and devoted to their sport, averaging 165 miles (267 kilometers) per week on their bicycles. All had been training for years. To qualify for the trials, the cyclists had to reach a specific threshold for aerobic fitness and complete a 120-minute cycling challenge followed by a time trial.

Participants were randomly assigned to one of three conditions during the experiments: They would consume either water alone, a commercially available carbohydrate gel or an equivalent amount of carbohydrates obtained from potatoes.

The researchers standardized what the 12 cyclists ate for 24 hours before repeating the 120-minute cycling challenge and time trial, which was designed to mirror typical race conditions. Throughout the exercise, the team measured participants’ blood glucose, core body temperature, exercise intensity, gastric emptying and gastrointestinal symptoms. The researchers also measured concentrations of lactate, a metabolic marker of intense exercise, in participants’ blood.

“We found no differences between the performance of cyclists who got their carbohydrates by ingesting potatoes or gels at recommended amounts of about 60 grams per hour during the experiments,” Burd said. “Both groups saw a significant boost in performance that those consuming only water did not achieve.”

Those consuming potatoes experienced significantly more gastrointestinal bloating, pain and flatulence than the other groups, however. This may be a result of the larger volume of potatoes needed to match the glucose provided by the gels, Burd said.

“Nevertheless, average GI symptoms were lower than previous studies, indicating that both (carbohydrate) conditions were well-tolerated by the majority of the study’s cyclists,” the researchers wrote.

“All in all, our study is a proof-of-concept showing that athletes may use whole-food sources of carbohydrates as an alternative to commercial products to diversify race-fueling menus,” Burd said.