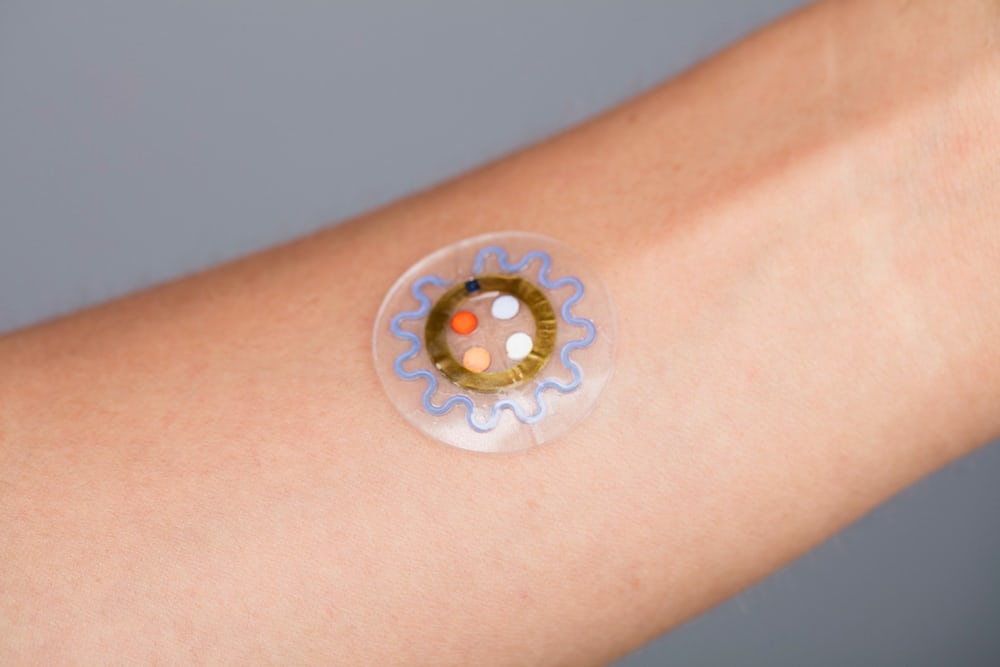 A recent study published in the Science Translation Journal, introduced a small wearable tech patch, which when worn can detect changes in a cyclist’s electrolyte, glucose and lactate levels through sweat

“Sweat is a rich, chemical broth containing a number of important chemical compounds with physiological health information,” said John Rogers, a professor at Northwestern University in the United States who led development.

The way the micro-fluidic technology works, is that the wearable patch is capable of collecting and analyzing sweat during exercise, whereby using colorimetric biochemical data and integrating smartphone image capture analysis, the device can detected lactate, glucose, and chloride ion concentrations in sweat, as well as sweat pH, when applied to the skin of a cyclist during a controlled test ride.

As a result, the colorimetric readouts obtained during the test, showed comparable results to conventional analyses, while the patch remained intact and functional even during an actual bike race – without any discomfort to the rider.

Additionally, the study also evidenced the fact that the patch’s wireless interface to digital image capture hardware was able to collect data to further analyze quantitative values for sweat rate, total sweat loss, pH, and concentration of chloride and lactate during the event as well.

Rogers says, in addition to monitoring electrolyte balance, the technology has further health implications, such as the ability to detect and monitor chronic diseases such as diabetes and cystic fibrosis, as well as potentially extend to other bodily fluids, such as tears and saliva, and may even be adapted for detecting illicit drug use.