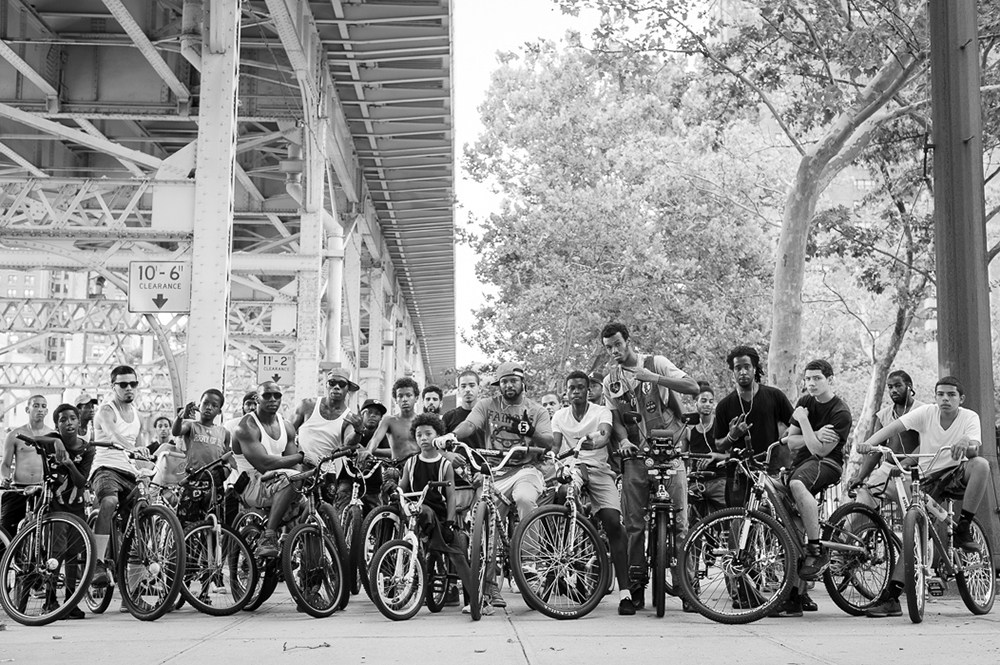 You’ve probably seen them, either in the streets or online, weaving in and out of moving traffic, wheels in the air, pedals spinning wildly. It might even have made you flinch while sitting comfortably at home, how close they come to getting hit by oncoming cars. That risk is the point. Getting as near to the edge as possible.

Calling Harlem’s Polo Grounds projects home, RRDBlocks picked up the Ruff Ryders name from the New York motorcyclists back in the day and applied it to bicycles. Along with his team of young riders, they’re the bane of the NYPD, mobbing Uptown streets, doing wall rides on buses, and manual stalls on top of cabbies. RRDBlocks and The Cycle Squad Maniaccs are a team of kids that blend off-road racing culture with BMXing.

MASS APPEAL took a trip Uptown for our new series “New York State of Mind” to rock with them as they do the thing, pointing their tires to 12 o’clock with one hand hanging lazily below, skidding sideways in front of oncoming cars, and ollying other bikes. The trip isn’t without injuries though, and DBlocks himself even gets nicked by a car that he fails to weave away from in time. But he gets up with a smile and keeps it moving.