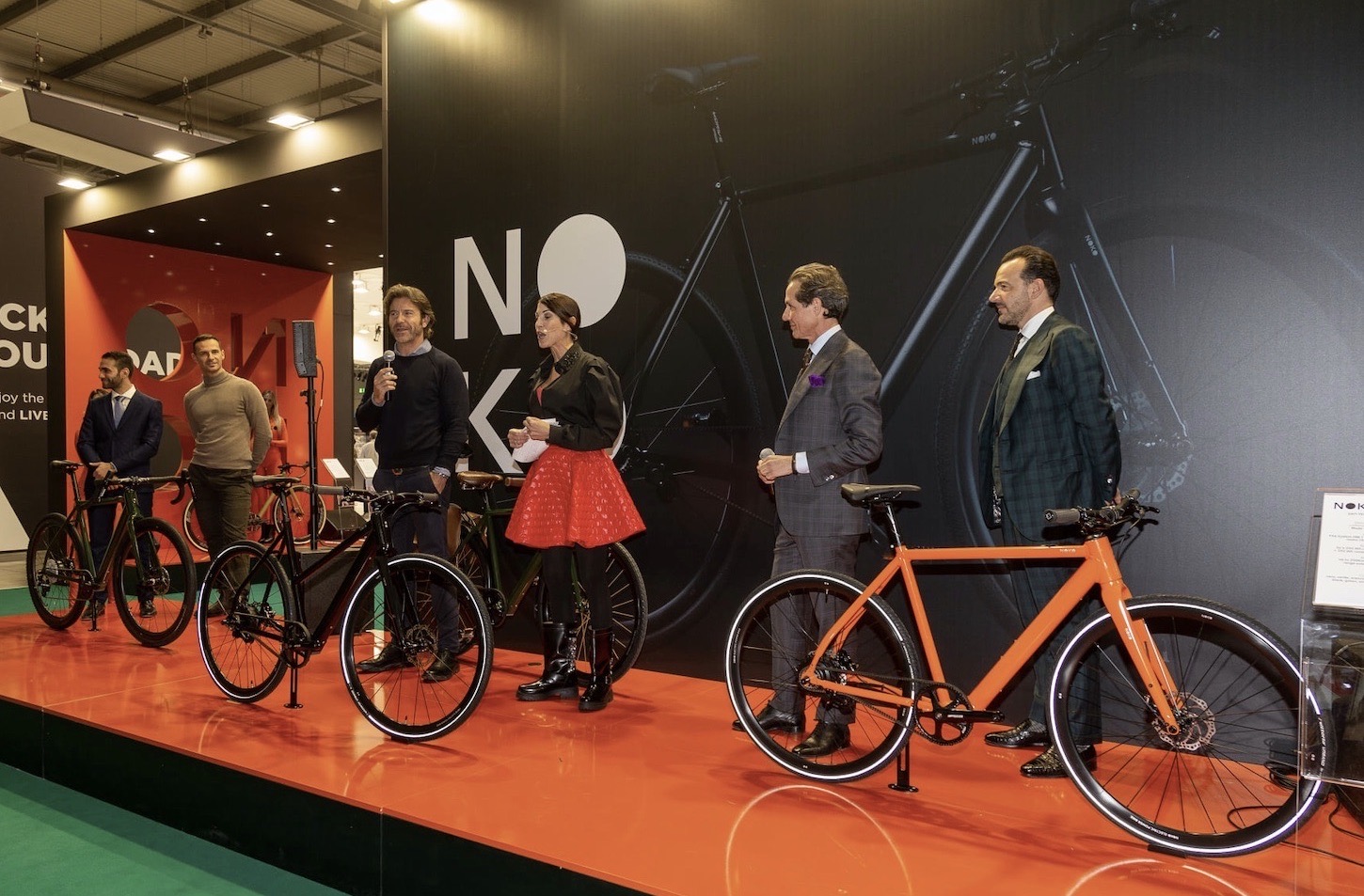 The three new models include the Forza, Tempo and Vulcano, which feature a Veer carbon belt drive system with hydraulic disc brakes, along with FSA’s new hub-mounted electric motor and an integrated battery that’s housed inside the downtube, tipping the scales at an impressive 33 pounds (14.8 kg) –  including the second battery.

The Forza is available with either a flat or raised handlebar, while the Tempo offers the same, albeit with a step-through frame, which sell for €3,990.

For gravel grinding duties, Noko offers the Vulcano, which is equipped with a drop handlebar and a Sram Apex 1×11 drivetrain for €4,350.

The new bikes will be available in February, which can be purchased directly from NOKO’s website.