Not Enough Time to Ride Long Distance? High-Intensity Cycling Can Fit into Your Daily Life 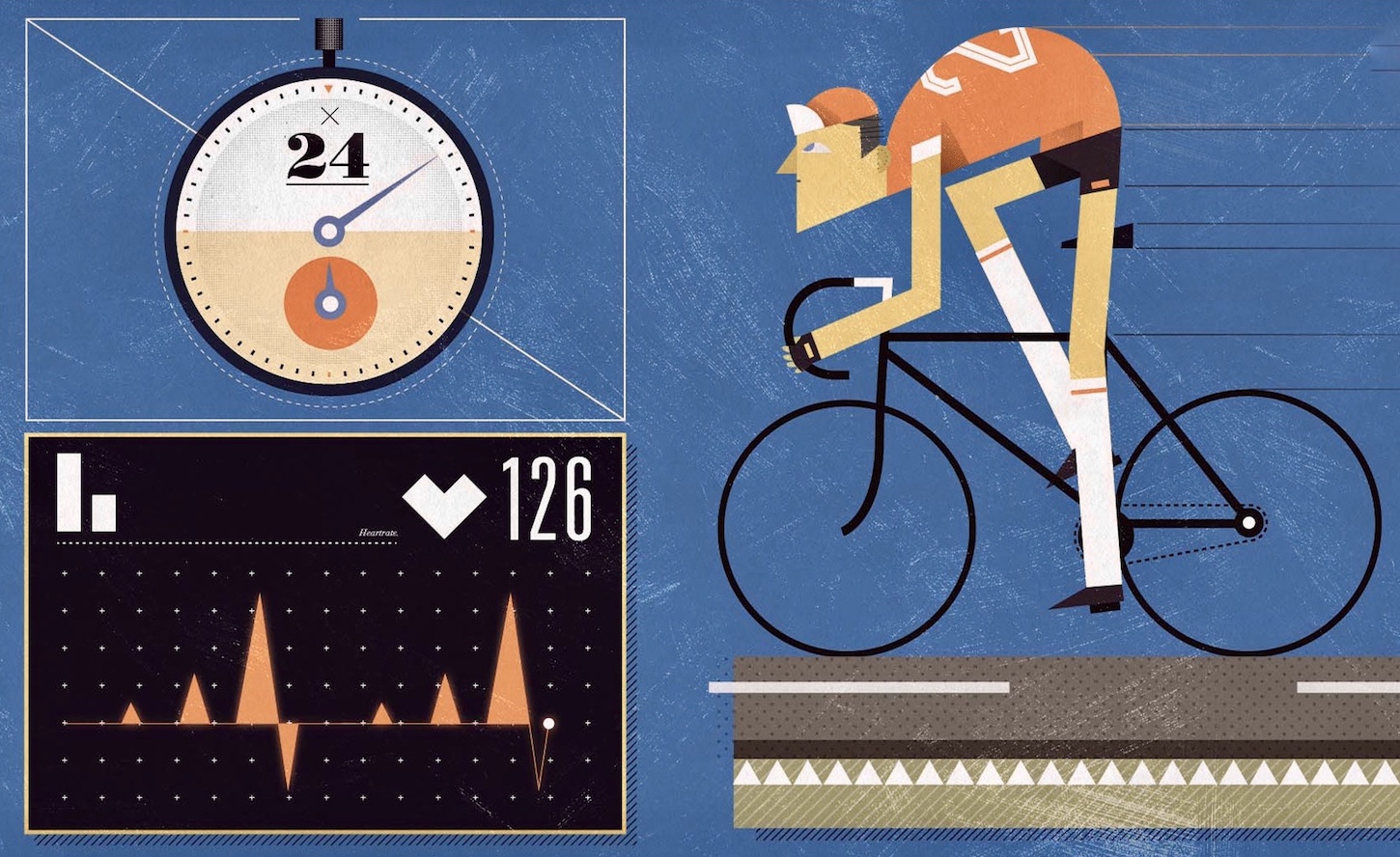 Physical inactivity is a global health problem. But despite overwhelming evidence that regular exercise is highly beneficial, the challenge of encouraging people to be more active remains.

Often “lack of time” is the reason given for not exercising. To address this, many sport and exercise scientists recommend what is known as High-intensity Interval Training (HIT). This is exercise which involves short bursts of intense effort, interspersed with low-intensity recovery.

So, for example, instead of going for a long, steady paced run, the HIT version would include a short intense sprint, followed by a slow recovery jog. Then another short sprint, and another slow jog, with this combination repeated a few times.

One of the main advantages of HIT is its efficient use of time. While current recommendations encourage us to carry out at least 150 minutes of moderate-intensity aerobic activity per week, proponents of HIT emphasize that similar benefits can be gained with much less time commitment.

The hope is that HIT might appeal to those who otherwise would not take up more time-consuming exercise regimes. And it’s true that evidence for a link between HIT and improvements in health and fitness is supported by a broad spectrum of research.

So it is untrue to claim that HIT is time-efficient based only on the minimal amount of time spent exercising at high intensity. In fact, the time it takes to carry out some HIT is only slightly less than traditional exercise recommendations.

Also, the high-intensity nature of HIT may result in what is known as “negative affective states” (increasing feelings of discomfort or difficulty) meaning it is unlikely that people would stick to these exercise programs in everyday life.

A big HIT or a waste of time?

It involves ten minutes of stationary cycling, inclusive of warm up and cool down, interspersed with two 20-second cycle sprints. Initial evidence suggests that REHIT improves cardiorespiratory fitness and insulin sensitivity, without being perceived as overly strenuous.

But it’s early days for REHIT. Exercise scientists will be keen to discover whether such a minimal volume of exercise really can bring similar physiological benefits as more intensive and time-consuming approaches.

Research to date has been carried out under supervision in a controlled laboratory setting. If we wish to praise REHIT as time-efficient and promote it as a physical activity which boosts public health, it needs to be tested in real-life settings.

It is also important to remember that intensity of exercise is relative to individual fitness. So some simple behavioral changes could integrate high-intensity interval training into everyday life. For example, active commuting, such as going to work or school on foot and incorporating short periods of fast walking could be very beneficial.

A recent UK public health focus on brisk walking attests this point. Again, tips such as taking the stairs more regularly are well known, but can be adapted to be a form of HIT – by using those stairs quickly. Taking regular breaks from a work station to vigorously climb stairs requires minimal time, but will be sufficiently intense to be considered “high-intensity” for many. Brief, intense stair climbing has been shown to improve cardiorespiratory fitness in untrained women.

Other day to day things such as tidying, cleaning the car, or gardening help to add movement to our day – and could be performed more vigorously to further increase heart rate for a home-based HIT hit.

For those who regularly cycle, walk, swim, run, or use gym equipment, further benefit may be gained from incorporating bouts of high-intensity activity, no matter how brief.

Currently, there is not enough evidence to suggest that HIT or REHIT should be adopted by everyone. But the broad potential to induce improvements in health in a more time-efficient manner should not be ignored. Building a higher intensity of activity into our everyday lives could be a straightforward approach to getting fitter and healthier.

Matthew Haines works at the University of Huddersfield in the Division of Sport, Exercise & Nutrition Sciences. He is a Chartered Scientist and a BASES Accredited Sport and Exercise Scientist (Physiology) in addition to a BASES Certified Exercise Practitioner (Obesity and Diabetes Specialist). BASES, the British Association of Sport and Exercise Sciences, is the professional body for sport and exercise sciences in the UK.