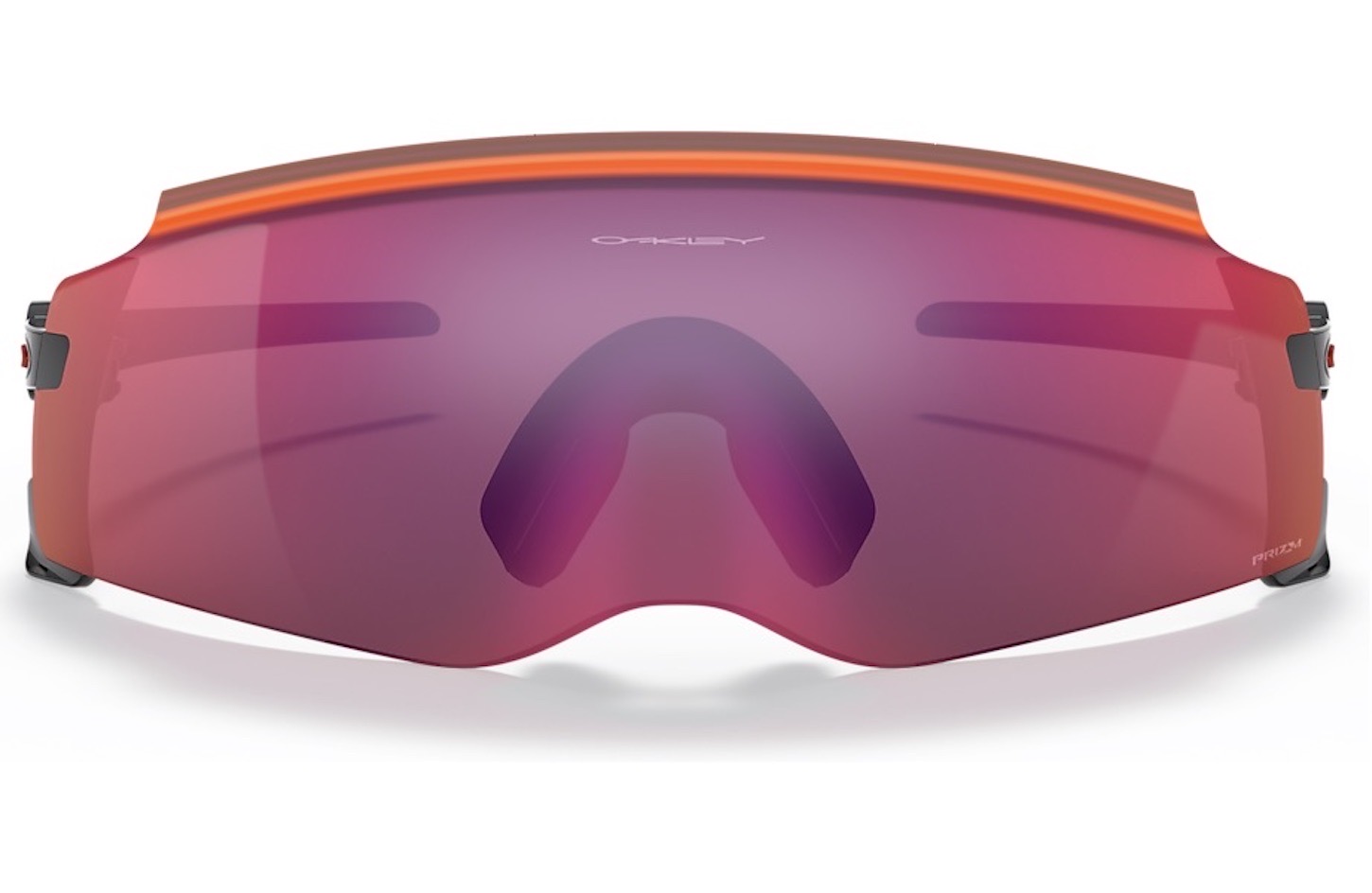 06 May 2021
By Lord Velo - In FEATURED ARTICLES, LATEST ARTICLES, THE DOUBLE DIAMOND

Oakley has finally lifted the curtains on its long-awaited Kato sunglasses, which were first spotted being donned by pros Chris Froome and Sam Bennett at last year’s Vuelta a Espana. This was followed up with a more recent debut by Mark Cavendish during last month’s Tour of Turkey.

The most obvious feature of the new Kato is its uniquely shaped one-piece lens that follows the contours of the face much more closely than traditional sunglasses, along with a molded piece that wraps around the nose.

According to Oakley, this offers optimized coverage, a wider field of view, better frame retention and improved impact protection.

The lens themselves, comprise Oakley’s Plutonite material that’s treated with Iridium and a hydro oleo coating to combat fogging, claiming to block 100% of UVA and UVB rays up to 400nm.

The Kato also features what Oakley refers to as “ear socks”, which are pads that are made up of a grippy silicon-based material called O-Matter, which sit on the temples to ensure a secure fit. The temples also have an adjustable mechanism that allow them to be positioned at varying angles.

The new Kato sunglasses sell for a whopping $291.00, which are available in three lens choices, Prizm Black, Prizm Sapphire and Prizm Road.