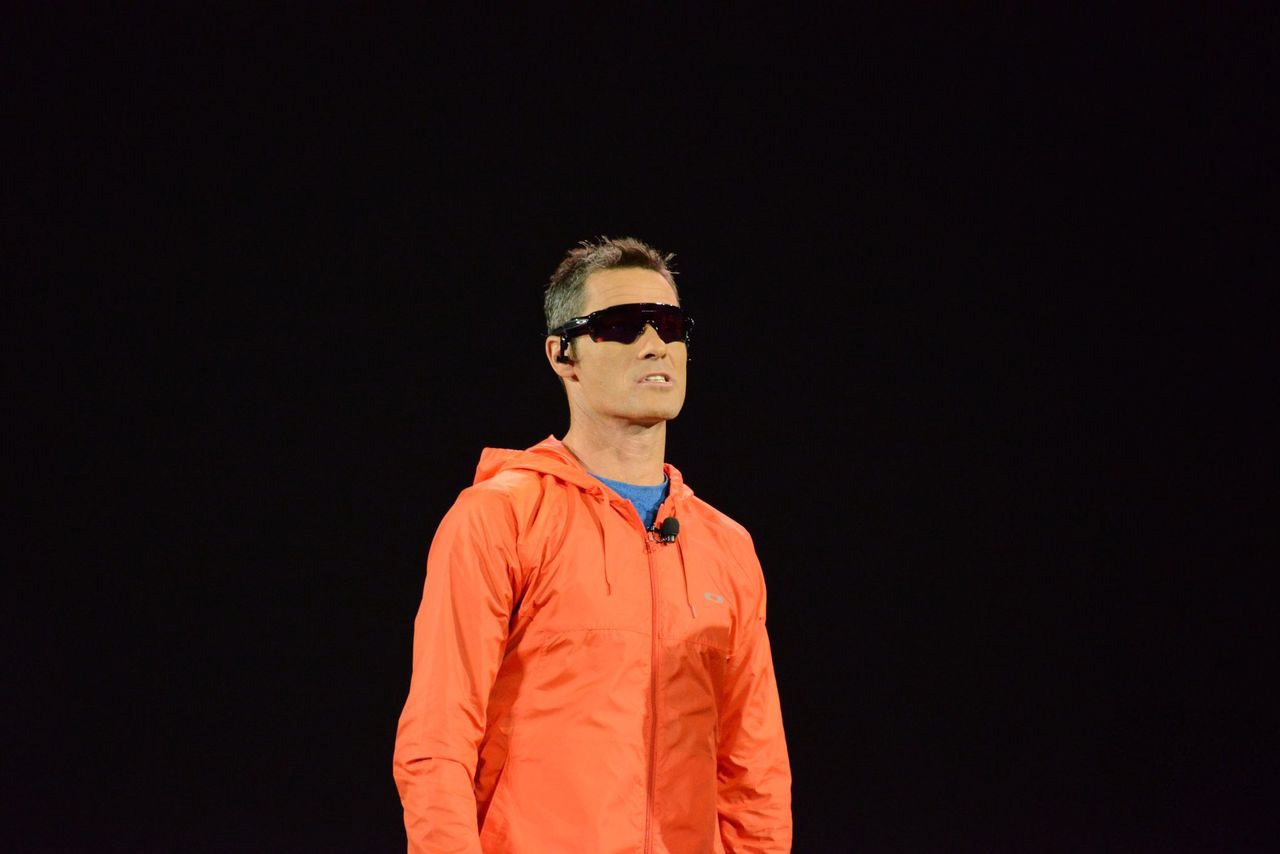 Intel and Oakley debuted their new pair of interactive smart glasses at the Consumer Electronics Show (CES) this week, called the Radar Pace.

During a video and on-stage demo, Intel showed how the Radar Pace, equipped with special earpieces on either side, allowed a cyclist to quickly track workout data in realtime, and received active voice instruction and motivation to ride harder.

Unlike Google Glass, which requires that users swipe the side of the headset to do certain things, the Radar Pace technology lets the wearer do everything just by talking.

Intel and Oakley have yet to specify exactly how the technology works in terms of what app or software would drive the Radar Pace, but simply said, “ we’re still in the very early stages of Radar Pace.”

“Radar Pace collects a variety of data from both the eyewear and the additional sensors you can choose to pair with it, such as a heart rate monitor or speed and cadence sensors.” said one the Oakley representative. “And unique to Radar Pace, the eyewear interprets an athlete’s data in real-time and provides active instruction and motivation during a workout versus saving the data for interpretation at a later time.”

On stage at the Intel presentation in Las Vegas, Ironman winner Craig Alexander gave his pitch for the Radar Pace.

“Technology has dramatically changed how athletes train,” Alexander said. “We can get data on just about anything. The challenge with data is that it requires interpretation to mean anything. As an athlete, I need to know what the data means, and how to respond to it in the moment. This is why most athletes have a coach.”

Alexander and Intel CEO Brian Krzanich said that the Radar Pace is like having a coach “right there with you.”

Krzanich said the Radar Pace will launch in late 2016.