Off the Mark: Timing is Everything in Tour de France Sprints 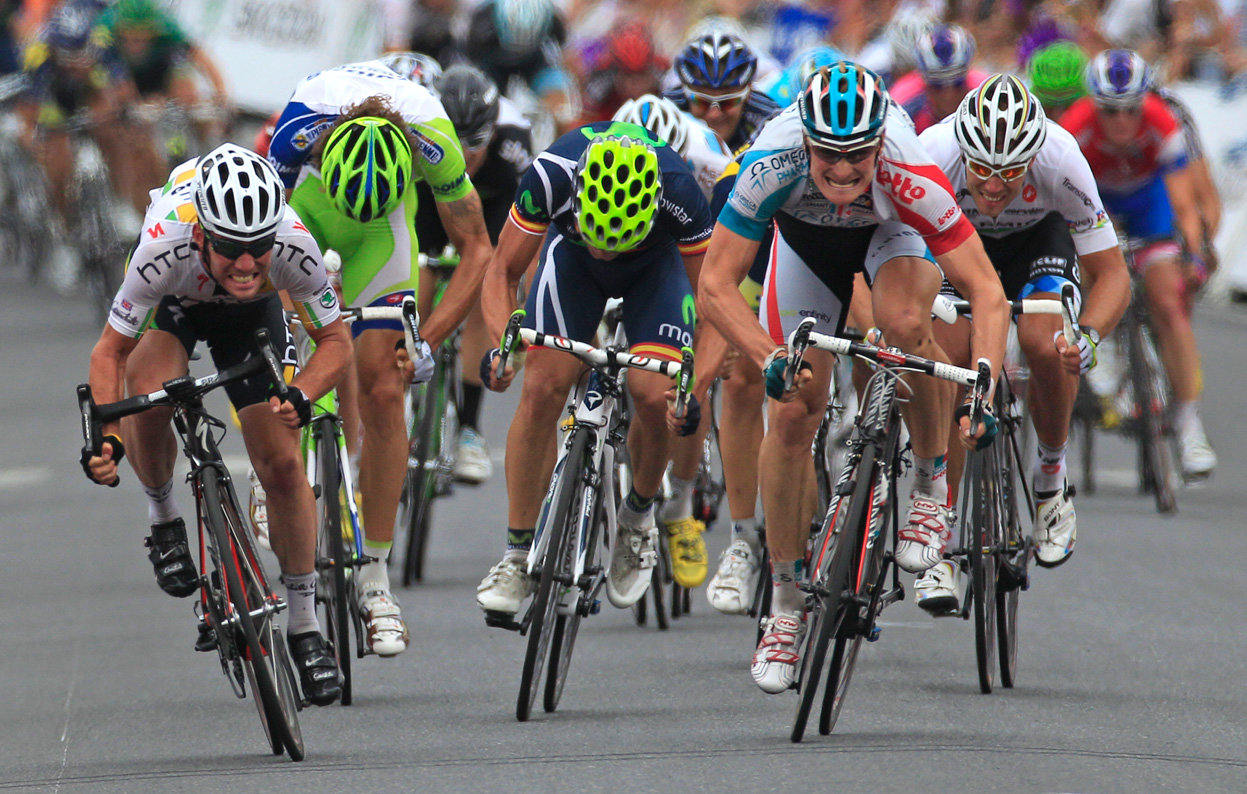 07 Jul 2015
By Gianni Pericolo - In LATEST ARTICLES, THE GREAT RACE

Off the Mark: Timing is Everything in Tour de France Sprints

They say there is no such thing as second place in the Tour de France. The competition is hot, and the individual cyclists and their teams need to cover every possible detail in order to get the edge required to win.

It can even come down to a matter of timing the start of their crucial final sprint within a one or two second window. And if they’re slightly off the mark, it could cost them the stage victory, as happened on Tuesday.

This year’s Tour de France began with an individual cycling time trial, where each of the 198 riders rode 13.8 km, racing only against the clock. After the time trial, the first week of the Tour de France is traditionally a succession of flattish stages. This year the length of these stages ranges from 159 to 191 km and they are likely to be dominated by sprinters and their teams.

The sprint is an extremely important aspect of road cycling, and in this year’s Tour it is likely that more than 40% of stages will end in a sprint. Due to the moderately low energy requirements, flat stages are sometimes considered relatively easy days for the cyclists, yet such stages are extremely demanding for sprinters.

The average power output of these stages would usually be around 200 watts. This means that each cyclist produces enough power to keep more than three 60 W light bulb on for more than four hours.

However, according to one of our recent studies, the intensity increases from 233 W in the last hour of competition to 350 W in the last five minutes, and an average power above 450 W in the last minute prior to the final sprint.

Impressively it is then at this point the actual sprint begins. To be successful in a road sprint, a cyclist should be able to produce more than 14 watts per kilogram for about 12-14 seconds, launching his bike at a speed that can exceed 70 km/h. This power output would be enough to turn on an average household dishwasher.

Successful road sprinters are powerful, but most importantly they are fast. To be fast on a bike the aerodynamic characteristics are of significant importance. Everything from the clothing, wheels, bicycle and helmets are specifically designed to minimise aerodynamic resistance of the sprinter, and sometimes they also assume unusual sprinting positions to maximise their speed.

A further fundamental factor dictating success of the sprinter are tactics and team strategies. We found that the number of teammates helping the sprinter in the last kilometre of competition is extremely important in determining success.

Equally important is their position in the bunch: how far from the head of the front the sprinter is while approaching the finish line. Understanding these factors can assist coaches and team directors in making critical race decisions that optimise team support for the designated sprinter.

An example of the importance of tactics in road sprints was yesterday’s stage 2 of the Tour, in which Mark Cavendish was in second position with 500 metres to go, possibly just a bit too early.

Being in second position that close to the finish line doesn’t sound like a bad thing, but it ended up costing Mark the coveted sprinter’s green jersey.

Because Mark Cavendish’s teammate, Mark Renshaw, led him into the sprint a couple of seconds early, Cavendish had to do a longer sprint of about 15 seconds. During the sprint, he was in first position after the first 12 seconds, but he was overtaken in the very last few metres, finishing in fourth position.

It’s worth considering that Cavendish is by far the most successful Tour de France sprinter, with an overall of 25 stages won in his career. Despite his strength and experience, what looked like a small timing mistake was enough to miss a victory.

Interestingly, Cavendish himself confirmed our results, saying that in an ideal sprint he aims for a 12 seconds effort.

Given the high number of variables involved in road sprinting, predicting the race outcome is extremely difficult. Sometimes the most powerful cyclist wins and at other times it is the cyclist with the best tactical approach or team support.

As a result, there are many ways to potentially improve the sprint performances, but at the same time there are also many potential mistakes to be avoided.