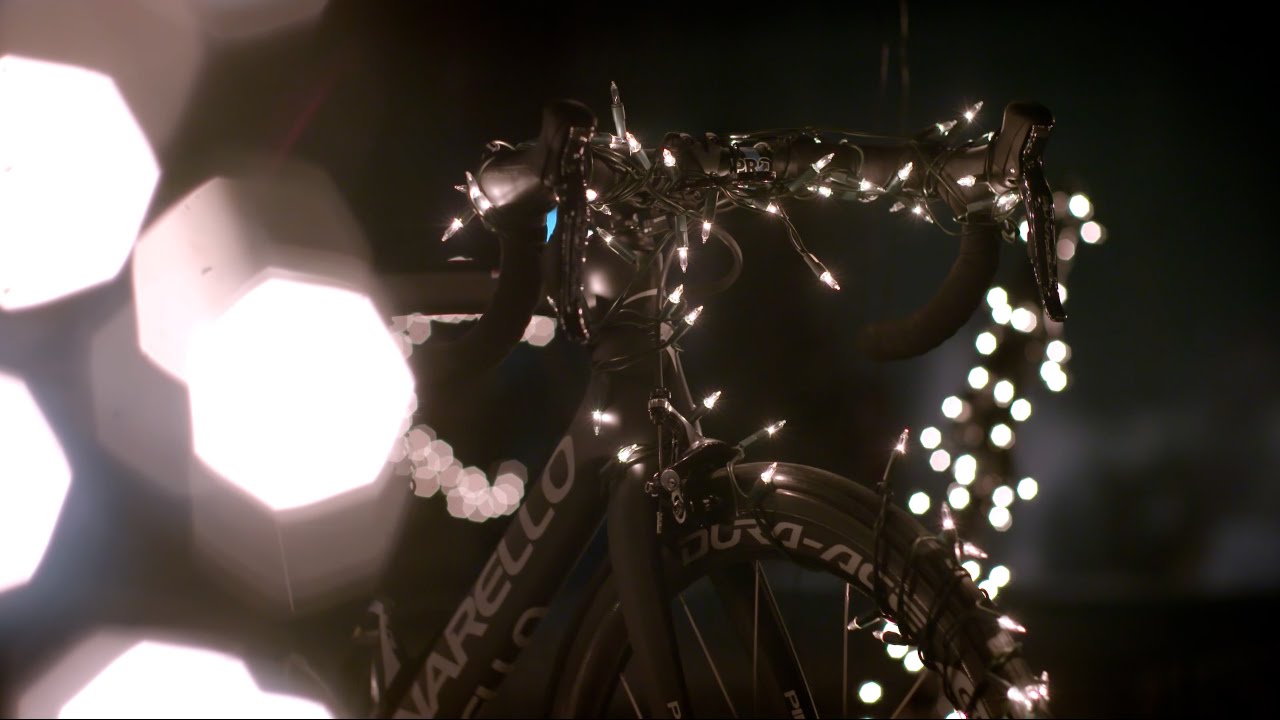 ‘Tis the season, and Team Sky wanted to wish their fans a very Merry Christmas and spread some festive cheer with their 2015 Christmas film.

‘Oh Watt A Wonderful Christmas!’ sees Ian Stannard and Ben Swift riding hard on their turbo trainers to power over 5,000 fairy lights which have been wrapped around a whole host of painstakingly-positioned bike parts.

Both riders helped with the mammoth task of getting everything ready to roll, and then they generated the watts needed to bring everything to life!

Their efforts saw this year’s Christmas film reach a rousing finale, with all the lights aligning to unveil a festive surprise.

Ian said: “It was definitely a change from our usual winter training! Our digital guys kept everything under wraps beforehand which meant we got the wow factor when we walked into the studio.

“They’d spent a full week with the producers getting everything set up and tested, and then Swifty and I helped add the finishing touches before they told us we were the ones who’d actually be powering it!

“It was a pretty hard effort on the bike to get everything lit up and we’d both worked up a sweat by the end of it. It was worth it to see the finished product though and I hope all our fans enjoy it.”

Team Sky Digital Manager Nick Howes said: “We always like to spread a bit of Christmas cheer and this has been months in the making. The guys at doodledo MOTION came up with that brilliant idea about the optical illusion.

“We asked our performance team to make the calculations about how many watts would be needed to illuminate all of the lights, and then arranged for all the equipment shipped over to Manchester from our Team Sky service course in Belgium.

“On the day it was down to Ian and Ben to power it all on their bikes and they did a fantastic job to deliver the goods.”

doodledo MOTION Creative Director James Torry said: “It’s been fantastic for us to work with Team Sky on this year’s Christmas film. It’s one of the most technical shoots we’ve ever worked on and it wasn’t without its challenges along the way! But everyone is delighted with the end result – a real celebration of what has been a fantastic year for Team Sky.”

Sky hopes you enjoy the film!