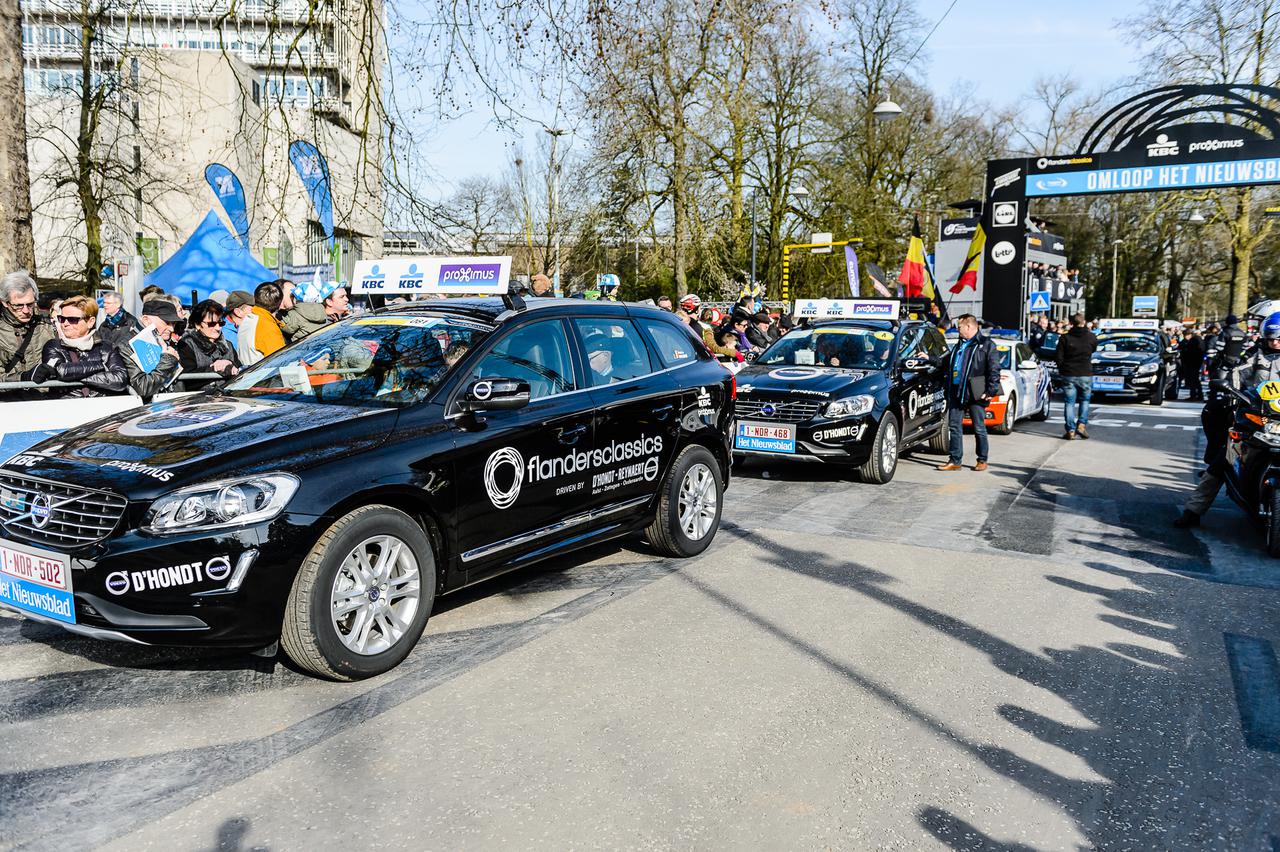 Today’s victory marked the second year-in-a-row for the Belgian rider.

From there, the sextet went on to establish a sizable advantage of more than five minutes over the peloton.

However, at the 60 kilometer mark, a massive crash took place along one of the cobbled sections, taking down such riders as Tom Boonen.

Boonen managed to remount and continue the race, but the Belgian rider was later forced to abandon.

Alexander Kristoff was also involved in the crash, and despite being able to rejoin the race, the Norwegian rider was greatly effected by the fall.

As a result of the crash, the peloton was split into a new group, with Sagan, Van Avermaet and Sep Vanmarcke (Cannondale) regrouping with Teunissen and Jules, who were the last survivors of the original breakaway group.

Teunissen and Jules were dropped not long after, leaving Sagan, Van Avermaet and Vanmarcke out front, while a chase group being led Jasper Stuyven and Philippe Gilbert tried in earnest to reel the trio in.

However, cohesion amongst the three leaders continued to keep them outside of the clutches of the chase, while they proceeded to increase their lead by more than half a minute.

Heading into the final straight, Vanmarcke was the first rider to initiate his sprint. But, the Belgian rider was almost immediately surpassed by Van Avermaet.

From there, the BMC rider delivered a powerful sprint that left both Vanmarcke and Sagan unable to assail.

Meanwhile, Fabio Felline (Fabio Felline) crossed the finish some 45 seconds later to claim fourth place, after attacking from within chase group during the final few kilometers.