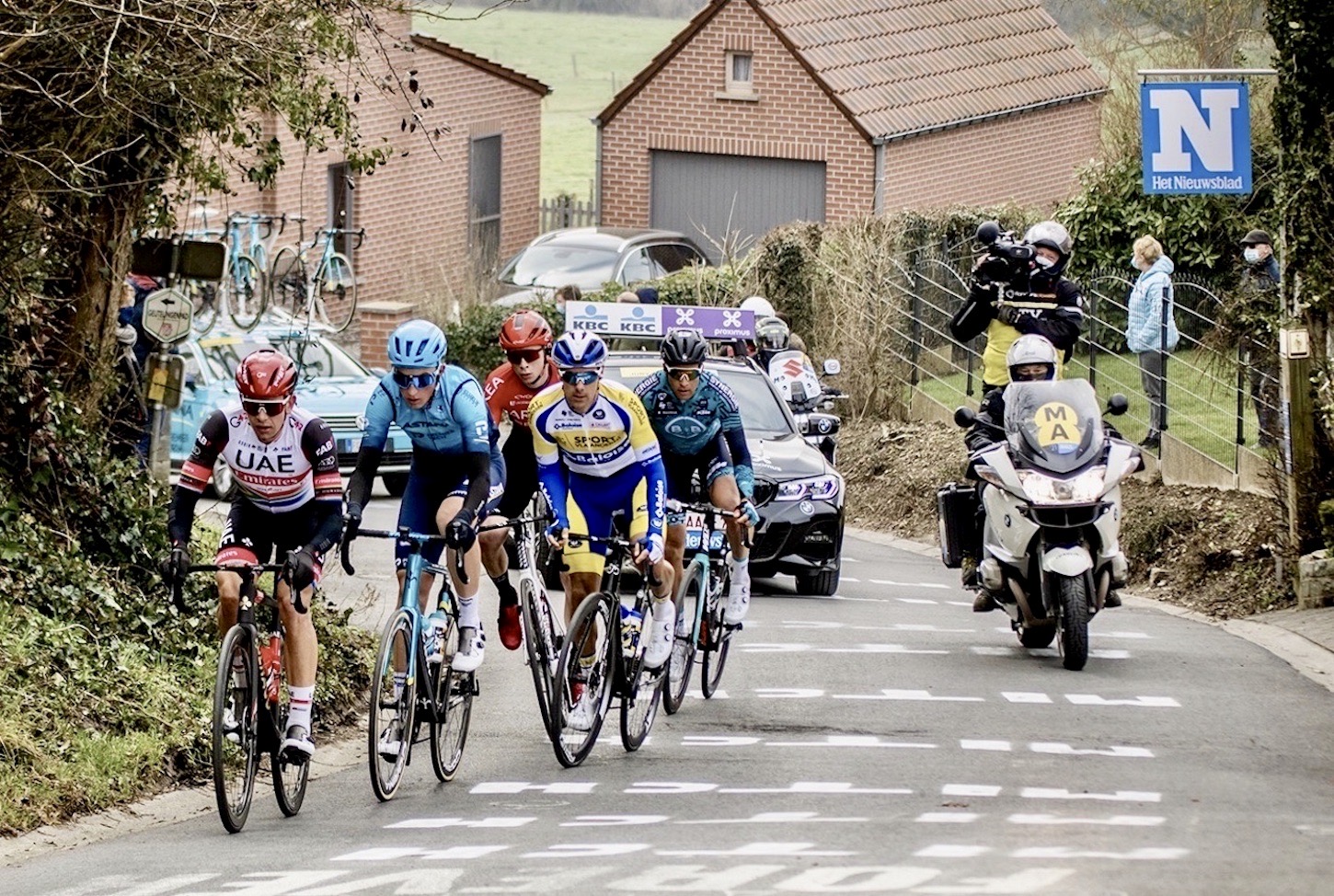 A small group of five riders managed to escape the clutches of the peloton early-on in today’s 200.5 kilometer route from Ghent to Ninove.

However, after spending almost half the race out front, the last escapee was caught with 40 kilometers to go.

However, with 18 kilometers remaining, the World Champion was reined in, while Ineos-Grenadiers’ Gianni Moscon led up the Kapelmuur before being reeled in himself along the climb of the Bosberg.

With the peloton now back together, Alaphilippe once again took to the front during the last kilometers.

Unfortunately for UAE Team Emirates’ Alexander Kristoff, the Norwegian rider and race hopeful suffered a mechanical problem, bringing the curtains down on his attempt at victory.

With his Deceuninck-Quick-Step team now at the front, Ballerini found himself in perfect position to open up his sprint during the closing meters, fending-off Stewart and Vanmarcke to seize the victory.