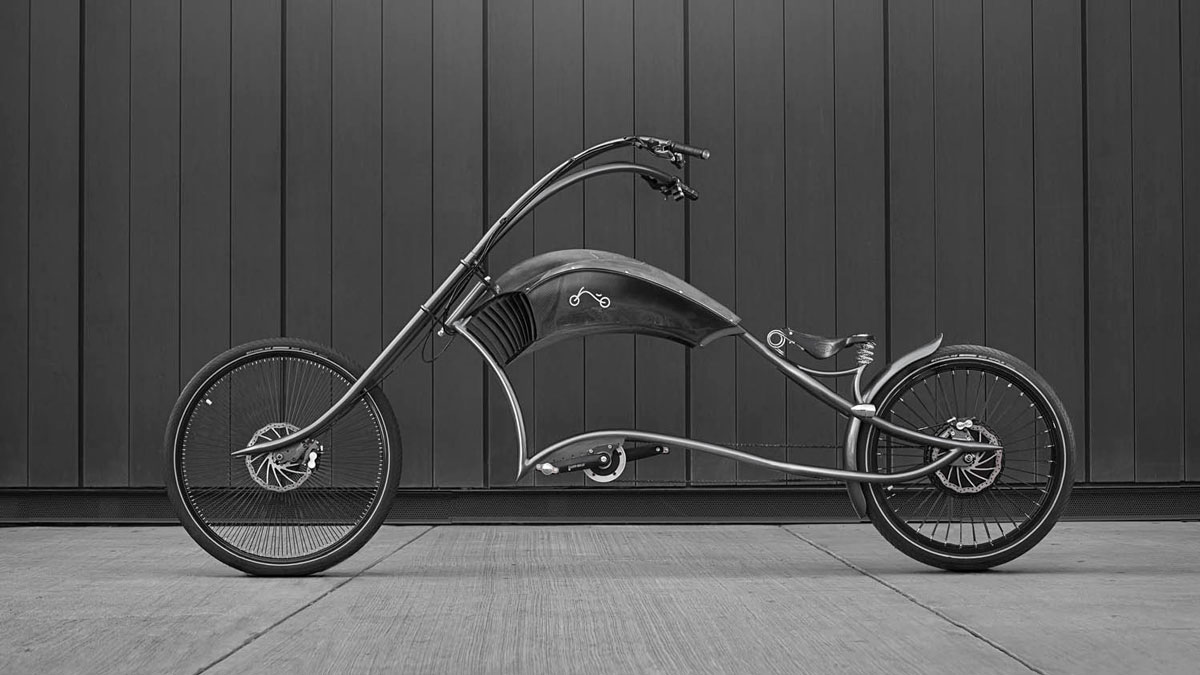 If the cast of Easy Rider were to “go green”, then ONO Bikes’ Archont Electro would be the eBike of choice for them.

Comprised of a stainless steel frame and fork, the Archont Electro looks more reminiscent of a 1970’s style chopper motorcycle, than it does an electric bicycle. But, that’s the beauty of it.

So, if you’re looking for a “pan-head” motor at the heart of Archont Electro, you’ll instead find a carbon fiber box that contains a 72v battery, which in turn powers a rear wheel mounted electric motor, that’s capable of putting out an astonishing 7Kw. That explains ONO’s impressive top speed claim of 50mph (80km/h)!

Additionally, the Archont Electro features a 700c sized wheel up front, while a smaller 26″ wheel puts power to the ground in the rear, coupled with large four piston hydraulic disc brakes – needed to bring this steed to rest.

At 121lbs (55kg), the Archont Electro is no lightweight. However, according to ONO, that doesn’t prevent it from traveling up to 62 miles (99km) on a charge.

Want one? Better cozy up to Peter Fonda or Jack Nicholson, or hope that Dennis Hopper bequeathed you a substantial chunk of change, because the Archont Electro is made to order and it doesn’t come cheap. Dig!