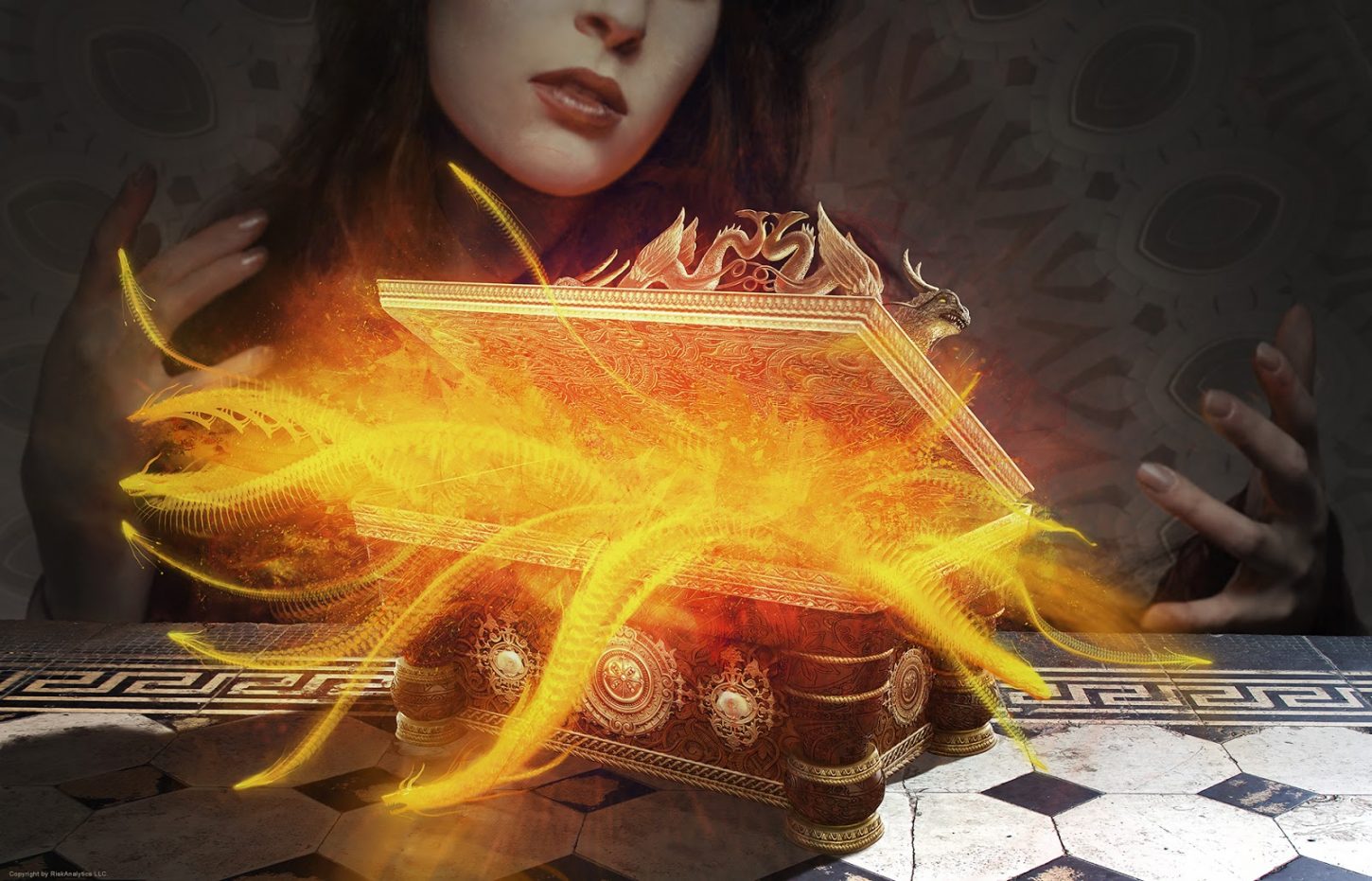 Chris Froome joined Eddy Merckx and Bernard Hinault as the only riders to hold all three Grand Tour titles concurrently by winning the recent Giro d’Italia. Yet, after the race it was uncertain whether Froome’s Giro victory would be allowed to stand. The details of why he could have – and some still argue should have – missed the Tour de France are very well known, and have been thoroughly discussed in all corners of the cycling world. However, the potential fall-out for the World Anti-Doping Agency and governing bodies like the UCI as a result of this affair bears closer examination.

Froome’s situation is likely to be the final damning indictment of anti-doping policy and tangible proof that the sport’s organizational failures demand urgent reform. The chaotic showdown between the UCI, the World Anti-Doping Agency, and ASO, shows that the global anti-doping system is completely broken. And rather than being something which just needs to be tweaked or repaired, we have long argued that WADA’s scientific standards, sporting policies, and legal procedures never really worked from the start.

Froome has dominated the Grand Tours in an imperious manner ever since abandoning the 2014 Tour with a broken wrist. He has been seemingly unfazed by any setback, athletically or personally. But his anti-doping saga, which began when he registered a 2000ng/ml level of salbutamol in a test administered during last year’s Vuelta a Espana, dragged on endlessly despite his being over twice the allowable limit of this asthma medication. Giro d’Italia race director Mauro Vegni was so certain that Froome would win his race were he to enter it, that this past February he even sought and received some kind of guarantee from the UCI that if Froome participated, he would not subsequently be suspended and have his potential Giro victory cancelled.

“The position of the Giro has been clear for several months” Vegni declared prior to the 2018 race. “We’ve always said that we would not be willing to accept a situation like (Alberto) Contador in 2011. We’ve received assurances that this won’t happen, so we’re confident that the result at the end of the Giro in Rome is the result that will stand for this Giro d’Italia.”

Vegni’s (and perhaps UCI President David Lappartient’s) aversion to another Contador-like controversy was palpable. Contador tested positive for an extraordinarily low level of clenbuterol during the 2010 Tour de France, and the legal battle surrounding his case dragged through the 2011 season, during which time he won the Giro. Contador had been exonerated by the Spanish national anti-doping body, which left him free to race. However, WADA did not believe Contador’s legal that he had consumed contaminated meat and appealed the Spanish decision to the Court of Arbitration for Sport (CAS).

Contador’s legal team traced the meat in question to a Spanish slaughterhouse and a particular ranch, and although contamination was deemed unlikely, the possibility had not been eliminated. WADA had presented to the court equally unlikely but possible scientific explanations for how Contador used clenbuterol to press the case. However, rather than verify any of the scientific explanations, the CAS asserted, under its code of “strict liability,” that Contador was objectively responsible for any doping substance found in his samples, no matter how it got there. The CAS sanctioned Contador with a two-year retroactive ban, stripping him of his 2010 Tour victory and his Giro victory in 2011, creating embarrassment for both events, and doing irreparable harm to Contador.

But clenbuterol is a banned substance; salbutamol was removed from the doping list in 2010 because normal use of its inhaled form (according to WADA) has no demonstrable performance-enhancing effect. Any athlete, asthmatic or not, may use the drug without a therapeutic use exemption as long as they test below 1000 ng/ml in a urinalysis. WADA set this limit to prevent athletes from taking the drug in tablet form, where trials have shown that it has a performance-enhancing effect, and partly because athletes, according to the questionable scientific research WADA adopted, cannot achieve a higher value by ordinary use of an asthma inhaler.

Froome exceeded that limit by 100 percent. There were only two possible explanations: either WADA’s standards and recommendation are incorrect and in no way ensure that asthmatic athletes in respiratory distress will not exceed the WADA threshold; or, Froome was not as careful about his use of medicine as he says he was. Froome’s words are his lips to God’s ears; but even if WADA’s scientific guidelines are unreliable, the adverse analytical finding and the suspicion which came with it are tough turns of luck for Froome, or any athlete facing a doping case.

WADA’s code states that anti-doping work is based on current scientific knowledge. The agency basically immunized itself against potential claims for damages from banned athletes by creating a legal defense which essentially says “we did the best we could with what we knew at that moment in time.” WADA’s power is a monopoly, underwritten by a UNESCO Convention, supported at arms-length by Governments, and closely intertwined with the International Olympic Committee. It makes its own rules; there is no external auditor to assess whether anti-doping is conducted with fairness or reliability. There is no route for athletes to appeal outside of the CAS – an arbitration body created exclusively for WADA that can only rule on sporting cases, and not influence policy. No one but WADA can say its science is correct. There is no accountability whatsoever.

Today, WADA has no risks of any consequences if future scientific reviews show that any test was faulty. For example, humans may in some cases excrete a substance that can be detected and interpreted as a PED in a doping test, such as was discovered for some naturally occurring metabolites which can also be found in steroid abusers. Or, as we will see below, if testing shows that some athletes react differently to medications than others.

The previous case of Danish footballer Jesper Münsberg is relevant to the widening divide between WADA’s policies and athlete rights. He was tested after a training match and registered a staggering salbutamol level of 2,460 ng/ml, far more than what WADA stated could scientifically be achieved using an inhaler. Münsberg, an asthmatic who had a TUE certificate for unrestricted use of his inhalator, was handed a six month suspension by the CAS in 2009.

The Danish Sports Confederation’s (DSC) doping court later acquitted Münsberg, and WADA appealed the case to CAS. Münsberg had the support of both DSC and the Danish Football Player Association, and jointly arranged for an independent laboratory test. That lab’s result, after Münsberg had used his inhaler, was 2000 ng/ml, which indicated that the 1000 ng/ml threshold is too low due to variance in his unique physiology. Apparently, some people are more sensitive to, or process the substance differently, than others.

Recall that in 2007, Alessandro Petacchi tested positive (1352ng/ml) despite having a salbutamol TUE certificate. The subsequent 12-month sanction stripped away his five Giro stage victories from that edition of the race – in addition to the UCI points and prize money he had won. The CAS reasoning for giving Petacchi “only” a one year’s suspension was that he “had not taken the drug for performance-enhancing purposes.”

Riders like Petacchi who preceded Froome to the salbutamol gallows have no legal pathways to sue WADA for the damage to their careers. Münsberg’s proven ability to exceed the threshold by using an inhaler still resulted in a 6-month sanction. And even this “modest” precedent would have been a spanner in the works of Froome’s 2018 Tour de France hopes. Fortunately for Froome and Team Sky, the fine mist of inhalant that was hanging over Froome’s head conveniently evaporated a week before the start of the Tour – with the blessings of WADA and possibly of the UCI as well.

The pervasive inequities in anti-doping have now been publicly confirmed. Froome’s situation has proven that the international anti-doping system has evolved into an absurd, unfair and unstable regime with very little legal certainty for accused athletes. The stated purpose of anti-doping work is to ensure the athletes’ right to participate in doping-free sports, thereby ensuring health, fairness, and equality. But much of what the system so far has achieved is the opposite: inexact science, discrimination, and increased inequality due to the economics of mounting a defense. As we discussed in detail in our recent book, The Anti-Doping Crisis in Sport, the flaws in international anti-doping work are so deep that radical reform is the only answer.

Whether or not Chris Froome has doped is no longer the most important question to consider; for better or worse, his threat of a strong defense was enough to open WADA’s Pandora’s Box, and could spell the beginning of the end for anti-doping as we currently know it. By exonerating Froome without meaningful transparency among all the actors – WADA, the UCI, and an echelon of Team Sky lawyers – WADA’s core mission to define and police ‘clean sport’ and the UCI’s impartiality were cast aside. We can also now legitimately question the sanctions passed on many other athletes in WADA’s near 20-years history who found themselves caught up in an unjust legal and scientific minefield, but who could not afford to defend themselves.

The potential outcomes of doping accusations are now so grave that WADA must face up to its own failures, as athlete careers and reputations are being destroyed in the aftermath. WADA’s rules and regulations need to be questioned and reassessed, and perhaps its charter suspended, until the science is more thoroughly vetted and an equitable and universally applicable set of rules for all athletes can be validated and put in place. WADA’s very foundation is cracked and can no longer support its ivory tower of fairness, transparency, and moral justification. All of the athletes competing in international sport today, and in the future, deserve better.