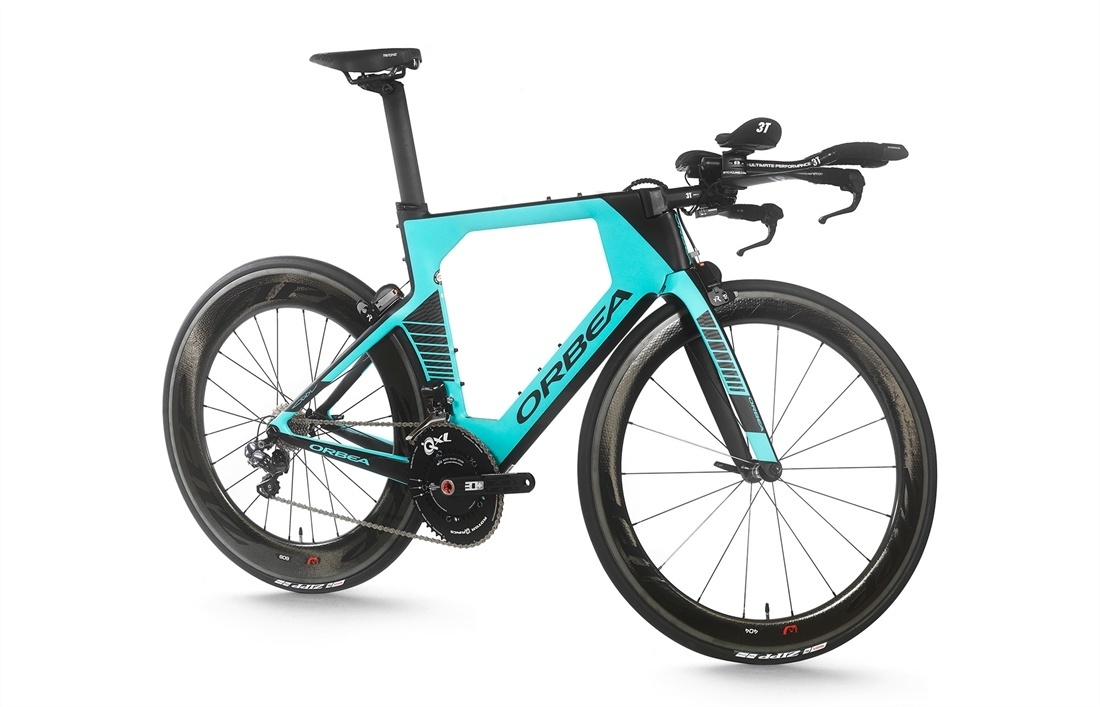 13 Jul 2015
By Campionissimo - In LATEST ARTICLES, THE DOUBLE DIAMOND

According to Orbea, the Ordu has shed an impressive 100g, going from 1,500g to 1,400g, while the fork has lost almost the same at 552g from 646g. Moreover, Orbea says that they’ve also been able to increase the stiffness of the rear triangle by some 16% stiffer – for ever greater power transfer.

Additionally, Orbea says the new Ordu can cheat the wind with 26% less drag over the 2012 model, and 12% less drag than last year’s.

Orbea claims they were able to achieve this “slipperiness”, largely due to the Ordu’s new Freeflow fork.

“Aerodynamic forks are typically designed to perform like aero frame tubes – optimised for directional movement through the wind,” says Orbea.

“But the forward rotation of the spokes and today’s wider rims and tyres approaching from behind the fork (against the flow of wind as the wheel spins) creates a high pressure/high drag zone.

The Freeflow achieves this by increasing the space between the fork legs, as to reduce pressure and turbulence. And, while the normal directional aerodynamics remain unchanged, the bike gets faster because the airspace inside the Freeflow fork blades is less “chaotic.”

Some of the other features that punctuate the Ordu, are the smaller head tube dimensions, wherein only 1 inch upper bearing and a 1 1/8 lower bearing are used as a way of providing stiffness without increasing weight or surface area – which the current tread of using oversized bearings can create, and an oversized BB30 bottom bracket, which orbea says provides a good balance between rigidity and weight.

“Our subtle improvements to a traditional airfoil are aimed specifically at helping riders go faster in conditions typically encountered on the road – faster at lower speeds and faster at higher yaw angles.”

When it came to tube shapes, Orbea says its ‘bullet’ leading edge design, conquers airflow issues as it relates to improving aerodynamics at higher yaw angles, while flattening the sides of the airfoil, has served to reduce the frontal area of the tubes, which in turn offers better drag efficiency at lower speeds.

The latest Ordu, also gets a new ‘aero-oval’ seat post, that features a new two clamp system that was designed in partnership with FSA. Moreover, the seatpost itself can be reversed in order to increase its range of adjustably (i.e. setback, fore and aft).

The Ordu is compatible with standard center-bolt brakes, however, Orbea says it’s been optimized to take advantage of the aerodynamic benefits that TriRig braking has to offer.

Lastly, the Ordu is compatible with both mechanical and electronic groupsets, with battery storage now in its own port located in the seat tube’s rear wheel cutout.