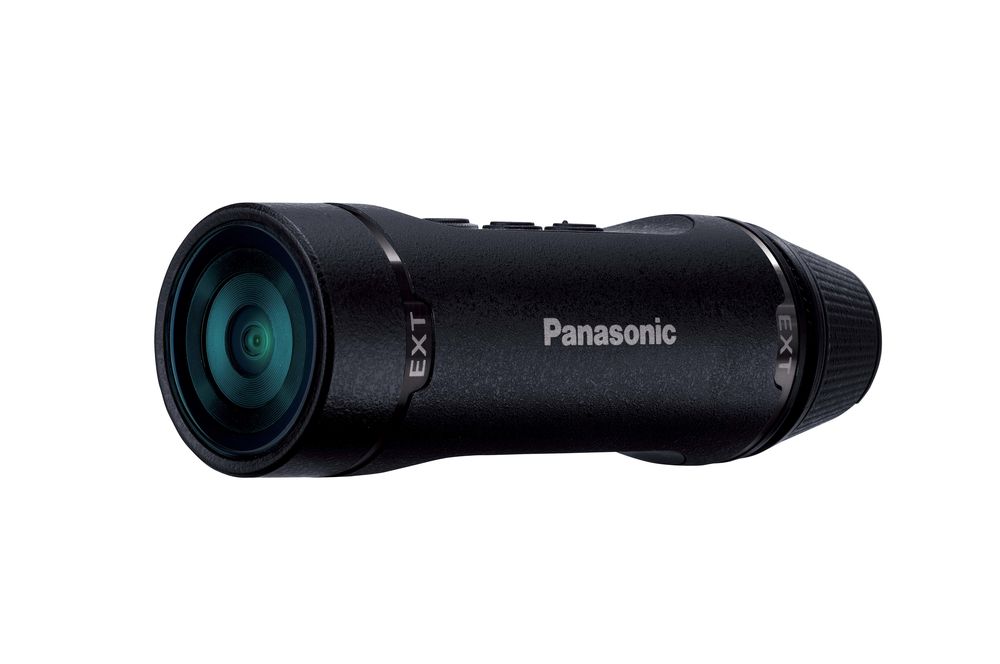 Not only will road cyclists and mountain bikers alike, embrace the compact and streamline shape of the new HX-A1, but its both rugged, waterproof and freeze-proof to 1.5m and -10°C.

According to Panasonic, the HX shoots video at 1080p at 30fps, with 720p resolution at 60fps, as well as 480p at 120fps – with the last mode allowing users the ability to do super slow motion video.

In addition, the HX is one of the few cameras that offers a night mode, which Panasonic calls its “0 Lux Night Mode”, when combined with an after market infrared light source.

Like the competition, the HX features WiFi connectivity, thus allowing the camera to be paired with a smartphone via Panasonic’s own app.

Also, Panasonic will offer a number of mounts such as handlebars and helmet.